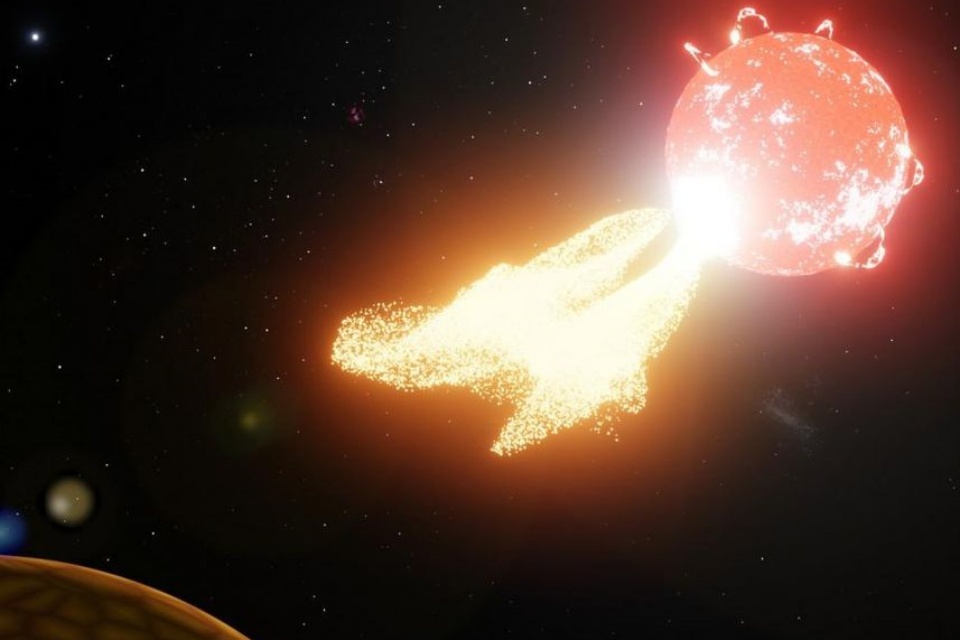 Candidates to harbor life due to some similarities to Earth, the exoplanets of neighboring star systems may have had their habitable characteristics completely modified by the “hostile space climate” in the vicinity. This is suggested by a study published in the The Astrophysical Journal, last wednesday (9).

The team led by University of Sydney researcher Andrew Zic directed their equipment to the star Proxima Centauri, which is 4.2 light years away from Earth. Earlier this year, astronomers discovered two planets orbiting the red dwarf, one of them located in the habitable zone, where the temperature may allow liquid water to exist.

However, the planet most conducive to the life of this system in question, called Proxima Cen b, is very close to its star, at a shorter distance than that between Mercury and the Sun. And that is where the problem lies, according to Australian researchers.

Illustration shows the material ejected from Proxima Centauri going towards the nearby planets.Source: University of Sydney / Reproduction

This short distance from its star can leave the planet quite exposed to the frequent and powerful radiation bursts produced by red dwarfs, as is the case with Proxima Centauri. If the Proxima Cen b does not have any type of protection, such as a strong magnetic field or a dense atmosphere, it is subject to the consequences of this exposure, decreasing the chances of harboring life.

The hostile climate around Proxima Centauri

Using equipment such as the Australian Square Kilometer Array Pathfinder radio telescopes (ASKAP) and the Zadko Telescope, in addition to NASA’s Transiting Exoplanet Survey Satellite telescope, among others, Zic and his team observed the neighboring system for several nights in a row.

In this way, they were able to verify a little of the “space climate” in the vicinity of Proxima Centauri, marked by constant coronal mass ejections (CMEs). Such eruptions escape from the star’s atmosphere and travel at millions of kilometers per hour through space. 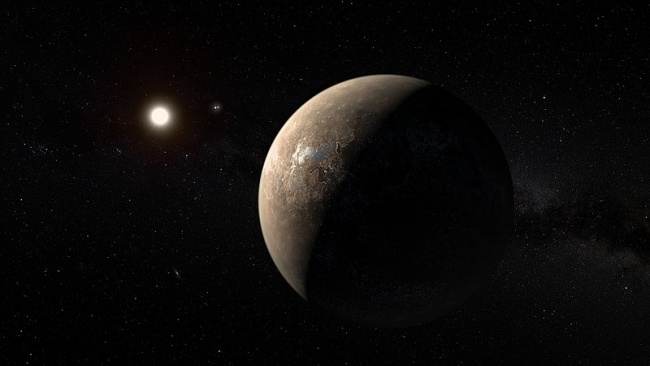 The planet Proxima Centauri b may present conditions favorable to the existence of life, according to astronomers.Source: Wikimedia Commons

Events like this cause the charged particles of the star to interact with the nearest celestial bodies. And if they are extreme enough, they can overcome the protective barriers that the planets have, leaving their surface fully exposed. “What our research shows is that it makes planets very vulnerable to the dangerous ionizing radiation that could effectively sterilize them,” wrote Zic.

For him, this situation also occurs in other parts of the galaxy: “This is probably bad news regarding the space climate. It seems likely that the most common stars in the galaxy – red dwarfs – will not be great places to find life as we know it, ”he concluded.

Differences for the Sun and the Earth

Coronal mass ejections like those observed in Proxima Centauri also occur on the Sun with some frequency, releasing “hot clouds of ionized particles” in different directions, including towards the Earth.

However, the relatively long distance from the main star in the Solar System leaves us protected from the effects of solar flares. Another favorable point is the powerful terrestrial magnetic field, which acts to protect against explosions of solar plasma. 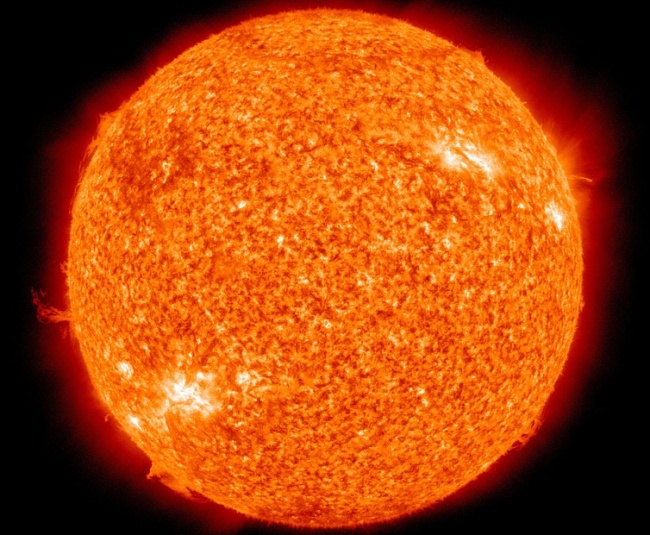 The researchers’ next step is to detect the same relationship between optical explosions and radio emissions in other stars, as those identified in the study, which would allow better mapping of the effects of space weather.