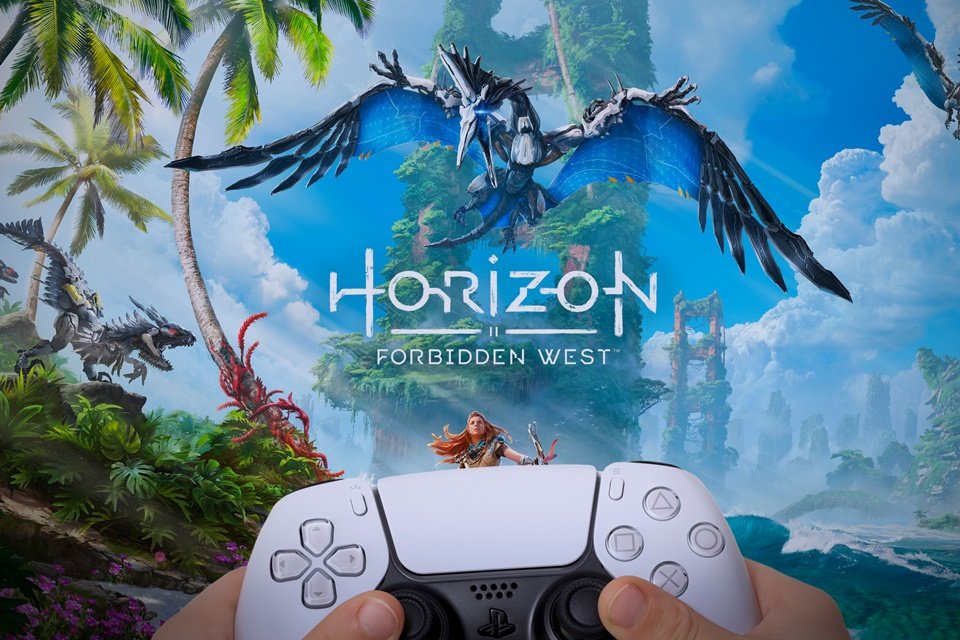 Horizon Forbidden West is the next big release from Guerrilla Games, which to add to the hype has been divulging details about the title. This time, the developer revealed that the game will have more than 25 robots, each of which will have a distinctive animal-based feature.

Blake Politeski, Machine designer at the company, spoke to PlayStation Blog that in addition to the return of beasts such as Vigia, Falquino and Bocarra, the catalog has been expanded to bring even more challenges to Aloy.

Among the newcomers are Garraveloz, which was defined as “fast and agile”; the mammoth Tremodonte, shown in the gameplay trailer, and the Heliodo, which are birds that feed on solar energy.

“Unique behaviors like this become the foundation and are expanded when we define the role of machines in the world. We’ve always wanted to ensure that machines are connected, and that they serve a greater purpose; so the entire machine ecosystem is in harmony — just like in the real world,” Politeski said.

“We try to create new machines that are different and unique, in order to expand the world for our players. The machines in Horizon Forbidden West have a lot more functionality this time around, a challenge from a design point of view, but one that we hope will offer the player a unique experience in every match,” added Maxim Fleury, Head of Art Resources at Guerrilla.

Politeski added that the metallic animals are more mobile in the sequel so they can jump, swim and even climb surfaces. With the increased mobility of the animals, Aloy gained skills to follow up or escape more quickly in extreme cases.

One of the highlights of the material already revealed from Horizon Forbidden West it was Tredomonte. Guerrilla guarantees that he will be very difficult to defeat, bringing a challenging feeling to the player.

“The Tremodonte is based on a mammoth, with a hint of references to historical and cinematic examples of the great war elephants. He has many different attacks and his body is covered in various weapons. In addition to using fangs for short-range attacks, it can also employ different elemental weapons. The Tremodonte in the trailer is controlled by a rebel faction of the Tenakth, but you can also find them in the wilds,” explained Fleury.

Politeski recalled that despite being slow, the robotic animal is quite difficult to destroy because it looks like a “medieval fortress”. In addition to being armored, he is described as an “unstoppable force”.

“Going back to the ecosystem of machines, it was created to maintain balance on Earth and ensure that humans cannot exterminate life again. Tremodos were created as combat machines — they protect other machines so they can fulfill the functions for which they were designed without human interference.”

The Tremodonte, which in English is called “Tremortusk”, will come as a statue in the Collector’s Edition of the game, which launched for US$199 (about R$1.1 at current prices) in the United States

Blake commented that Horizon Forbidden West will set the protagonist to explore a new part of this devastated world. He said the team thought of several details to integrate the robots into new ecosystems and ecological zones.

“The machines are supposed to be the caretakers of this world, so it’s always been interesting to consider how they play roles and what the player can do to take advantage of those behaviors.”

With the increase in the scope of the map, the possibilities of putting ideas that ended up being discarded in Horizon Zero Dawn. With the expansion of the scope and consequently of the dangers, Aloy also gained new abilities to try to face the devastating world.

“Aloy has many different types of weapons and ammunition at his disposal, and he’s going to need them all to defeat all the different machines,” Maxim said. “Without revealing too much, I can say that every machine has multiple ways to be defeated. We try to make this clear to players by the design of the machines and add textures to show weaknesses or interactive components. You will have to study each one well to discover different ways of approaching it”, he added.

To face the new challenges, the heroine can use smoke bombs or climb to escape. To help monitor enemies, the PlayStation 5 version of the game will have hints in 3D Audio, which will emit specific sounds of creatures in an idle state, alert state or when they are alerting others.

Horizon Forbidden West will be released on February 18, 2022 exclusively for PS4 and PS5. So, are you excited to play the title? Leave your opinion in the comments section below!