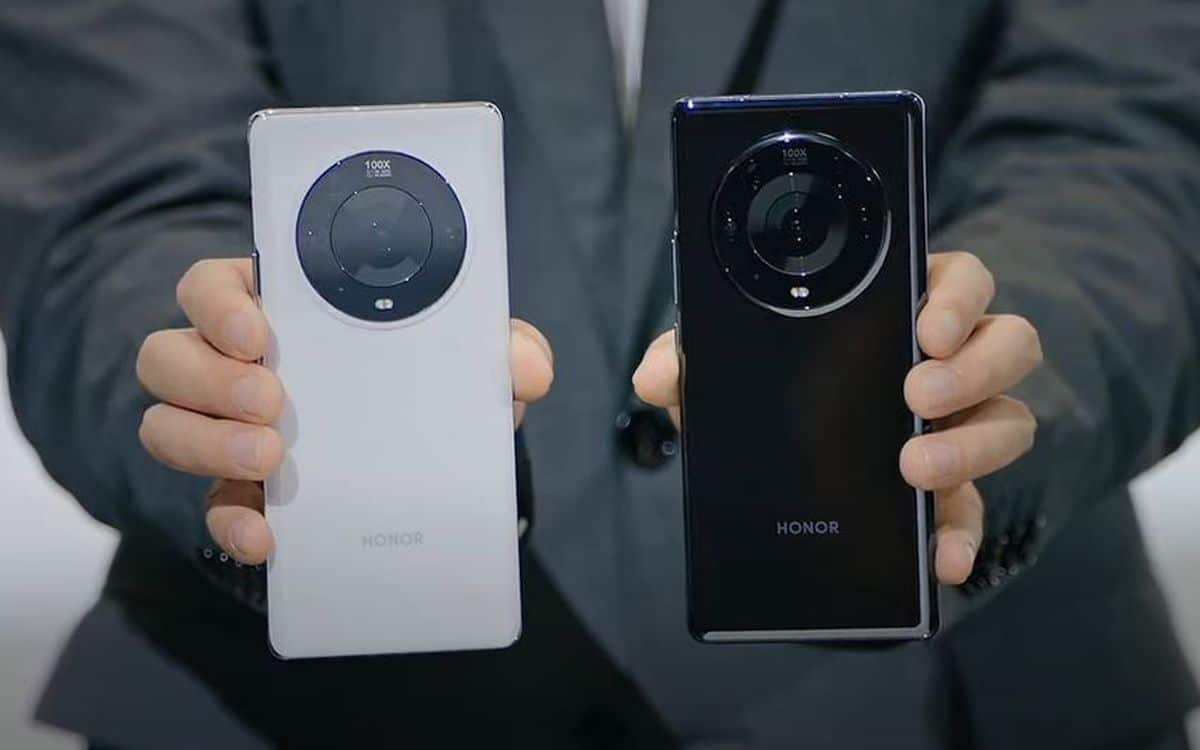 The Honor brand returns to the market with two new smartphones: the Magic 3 and the Magic3 Pro. They place a lot of emphasis on photography, but Honor does not forget to make them attractive products beyond that aspect. In addition to that, a third ultra premium terminal, the Pro + has been unveiled.

Honor is no longer a branch of Huawei. The brand has gained its independence and now navigates the market on its own. It must therefore find a new identity, to give itself a reason to exist in the eyes of consumers. For that, it has just presented its two new high-end smartphones: the Magic3. So we have the Magic3 and the Magic 3 Pro. These terminals rely on photography to seduce.

The Honor Magic3 are cut for the photo

Smartphones are equipped with a huge photo module that takes up almost the entire back cover. It adopts a round shape and houses four or five sensors depending on the model. The Magic3’s ambition is to be among the best cameras on the market thanks to the know-how imported from Huawei. With one difference: they all run on android, and not under HarmonyOS like those of Huawei. We can bet that this return to the Google system will continue: nothing has yet been decided for Honor, who is still in the sights of the United States.

Honor promises an ultra-precise portrait mode, a very effective night mode thanks to a software treatment of its own, as well as an instant autofocus. We will have to judge from evidence during our tests. the Magic 3Pro has a 50-megapixel main sensor, a 13-megapixel wide-angle sensor and a 64-megapixel monochrome. The Pro version will also have the right to an X100 digital zoom with the addition of a 64 megapixel Telefoto sensor.

Honor also puts a lot on the screen

In addition to that, Honor’s Magic3s are equipped 6.76-inch AMOLED display with a resolution of 2772 x 1344 pixels and a refresh rate of 120 Hz, which has become the norm today. Its special feature is that it is curved on both sides at 89 degrees, which is huge. This gives the impression of no edges. We like it or not, for our part, we are customers.

Design side, this screen is therefore a real plus, but Honor relies on its colors to seduce. Two colors inspired by dawn and dusk are available, a blue and a bronze. The latter adopt an unspecified texture, but which seems close to leather, if we are to believe the visuals. The Magic3s will also be available in white and black if you are more of the classic type.

We also note the presence of an IP68 certification (resistance to water and dust) as well as a double punch at the top left of the screen (a classic and ultra-wide-angle sensor). Honor also promises a Face Unlock functionality, like Apple, a little more efficient and secure than facial recognition that already exists on Android.

For the processor, we are in the middle of the range, since Honor has made the choice of a Qualcomm Snapdragon 888 SoC. It is the most powerful on the market today and we have already seen it on other premium terminals on the market. No surprises on that side, then. 5G will obviously be there. The battery, meanwhile, will have a capacity of 4600 mAh, which is promising, but will above all be compatible with the fast charging of 66 Watts wired and 50 Watts wireless.

At the end of the conference, Honor presented its ultimate smartphone, the Magic3 Pro. A stolen photo showing the unique design of the smartphone was also leaked earlier today. The device has a more polished design with a ceramic back cover, in black or white. For its photo module, it has a 50-megapixel main sensor, a 64-megapixel ultra-wide-angle, a 64-megapixel telephoto lens and a 64-megapixel monochrome sensor as well. A monstrous configuration that promises a lot.

What are the prices of the Honor Magic3?

For prices, Honor fully assumes the high-end positioning of its new products. Here are the advertised rates:

At the moment, we don’t have a release date, but they should arrive with us in the next few weeks or months.