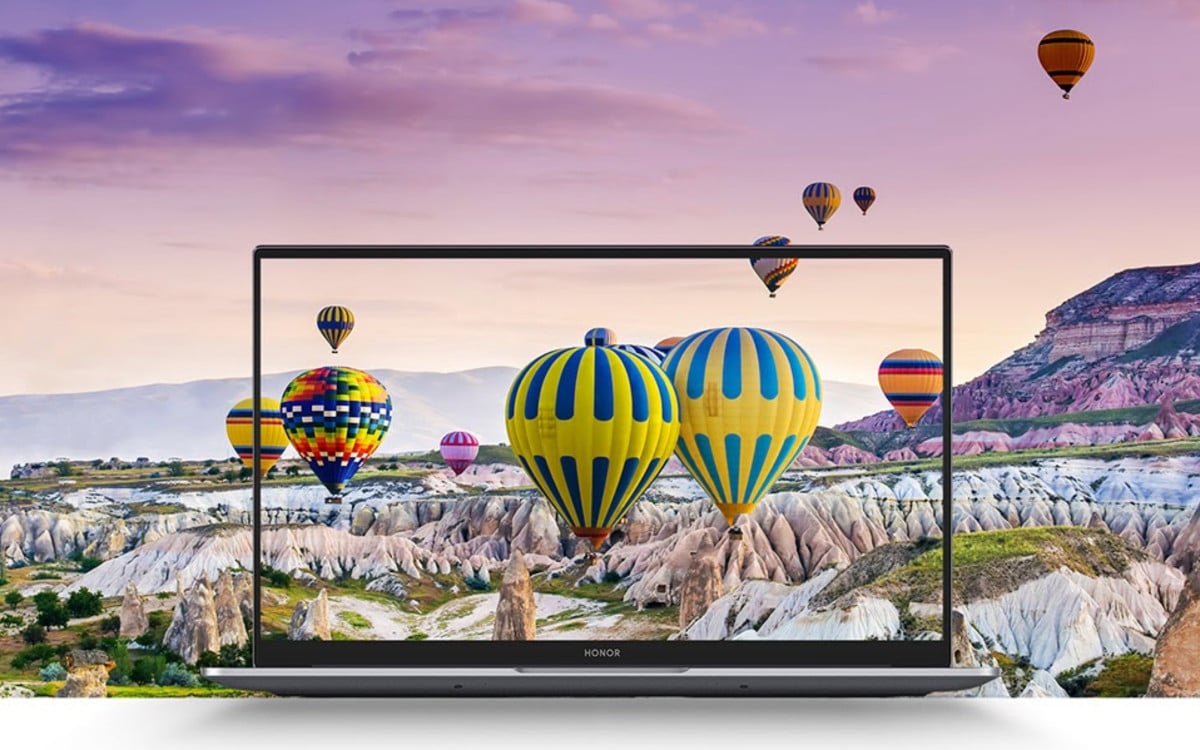 On the occasion of the IFA which takes place from September 3-5 in Berlin, Honor presented numerous products including new versions of its two laptops, the MagicBook and the MagicBook Pro. Common feature of these new laptops: they run on AMD Ryzen platforms. A tablet accompanies them: the Honor Tab 6.

Like Huawei, Honor is starting to expand its offer to address the lack of smartphones. On the occasion of the IFA, which opened its doors yesterday, a marque is renewing its MagicBook range, ultraportable PCs of good quality and very good value for money. Both models are affected: the Classic MagicBook, in both 14 inches and 15 inches, and the MagicBook Pro. The brand is also taking the opportunity to launch a new tablet: the Honor pad 6. So let’s go into detail.

Let’s start with the MagicBook Pro. As at the start of the year, the laptop PC keeps its chassis and design. The computer therefore keeps its 16.1 inch. The backlight is still IPS, with Honor promising 300 nits of brightness. The definition is Full HD and the resolution reaches 137 pixels per inch. You will also find the full keyboard, the ” pop-up camera “1 megapixel hidden in a button and the fingerprint reader for locking.

Inside, that’s the big surprise: after adopting Intel platforms on its last two generations of MagicBook Pro, this new version goes under the AMD flag. So you will find a Ryzen 5 4600H, hexa-core clocked at 3 GHz (with Turbo mode at 4 GHz). He is accompanied by 16 GB RAM in DDR4 format and 512 GB of storage in SSD format.

The battery has a capacity of 56 Wh distributed over two cells. The advertised autonomy is 8 hours and 30 minutes. The PC is supplied with a USB Type-C charger delivering a power of 65 watts. Windows 10 Home Edition is obviously in control. The Magic Book Pro will arrive in France on September 8 and will be offered at a price of 900 euros approximately, excluding ODR.

Let’s go to Classic MagicBook. This new version is available, like the previous ones, in two sizes: 14 inches and 15 inches. Like the new MagicBook Pro, both MagicBooks keep the same chassis as their predecessors, the same fingerprint reader, the same 1-megapixel pop-up camera, as well as the same Full HD IPS panels. No change therefore at the physical level.

Inside, however, again, AMD is replacing Intel. The MagicBook adopts the platform Ryzen 5 4500U for both screen sizes. The component is accompanied here by 8 GB of RAM (still in DDR4 format) and 512 GB of storage (still in SSD).

10 and a half hours of autonomy announced

On the battery side, the two models do not benefit from the same: 42 Wh (on three cells) for the smallest and 56 Wh (on four cells) for the largest. Honor says they offer 10 and a half hours of battery life for the 15-inch model and just under 7.5 hours for the 14-inch model. Both batteries are recharged here too with a 65-watt USB Type-C charger, recharging the batteries by 46% and 53% respectively in half an hour. The MagicBook will arrive in France on September 23. The price, slightly increasing, starts at 750 euros.

Let’s finish with the Honor Tab 6 tablet, already made official in Asia this summer. This is an entry-level tablet that incorporates a 10.1 inch Full HD + display, a 2-megapixel selfie sensor and a 5-megapixel rear photo sensor. The chipset is a Kirin 710A, an octo-core clocked at 1.7 GHz. He is accompanied by 4 GB of RAM and 64 GB of storage. The battery is a model 5100 mAh. Added to this is Android 10, without Google services, and two stereo speakers. It is available in WiFi and LTE versions. No price or release date at this time.