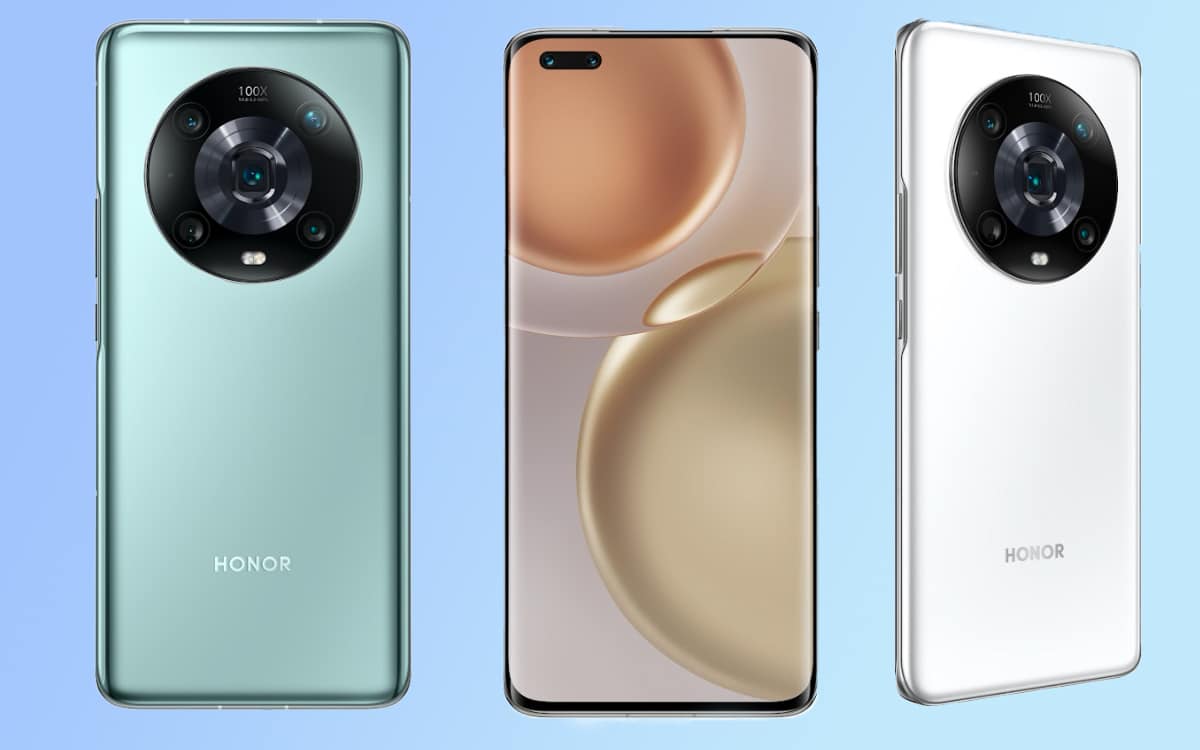 After a timid return to France with the launch at the end of October 2021 of the Honor 50 and Honor 50 lite, the Chinese brand is taking advantage of MWC 2022 to unpack the heavy artillery, with deux smartphones Magic 4. Sold by its former parent company Huawei to a consortium of distributors more than a year ago, Honor is now flying on its own, thus escaping American sanctions.

And if we could blame it for an Honor 50 (too) close to Huawei’s recent Nova 9, proof was made at MWC 2022 in Barcelona, ​​the big telephony show, that the manufacturer and its R&D are now going it alone… at least until proven otherwise !

The Magic finally in France, with Google Services

Honor is therefore unveiling today two smartphones from its flagship Magic range which on paper are equipped to do battle with the latest Android flagships from Samsung and Oppo. Like the latest Honor 50, these devices embed Google services and, good news, since this is an international announcement, they will be marketed in France. This was not the case with previous Magic, to the chagrin of fans of the brand.

Note that these mobiles work with the latest version of the home interface Magic UI 6.0 backing up Android 12 and, best of all, they’re powered by Qualcomm’s Snapdragon 8 Gen 1 processor, the most powerful in the Android world. On the photo side, the two smartphones retain the hallmark of the Magic 3 with a huge circular block in the center of their back, called “Eyes of Muse”.

If the latest Honor products share some great features, the Magic 4 Pro is undoubtedly the star guest of this announcement. First by its impressive design, with a very large screen of 6.81 inches, curved on all four sides and with ultra-thin edges (less than 1 mm). Despite this display surface, the case, waterproof (IP68) remains relatively compact with 9.15 mm thick and 215 g. It is even less wide and heavy than a Galaxy S22 Ultra, but slightly more paunchy. 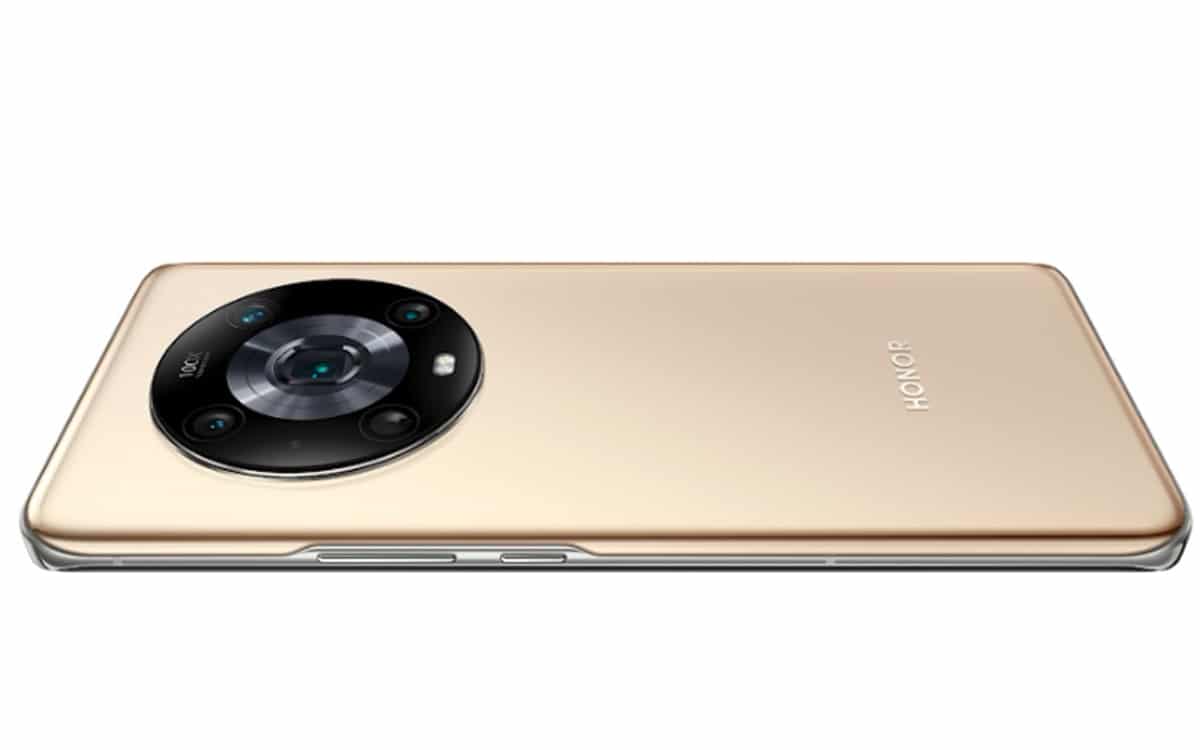 The LTPO OLED technology screen adopts the latest technologies of the moment. This very high definition panel (1312 x 2848 points) meets the new 100% DCI-P3 color standard, is HDR 10+ compatible and automatically refreshed from 1 to 120 Hz depending on use. Honor intends to impress you, while reducing eye strain!

With its “Eyes of Muse”, Honor displays high claims in photoy. The Magic 4 Pro is based on two 50 megapixel sensors linked to a wide-angle which opens at f / 1.8 and an ultra wide-angle which opens at f / 2.2 with a field of view of 122 degrees. The third 64-megapixel sensor is a periscopic telephoto lens providing 3.5x optical and digital zoom up to 100x. Honor claims to achieve remarkable quality with perfectly clear shots even taken from afar thanks to computational photography, that is to say by combining the three lenses and using powerful algorithms.

Wouldn’t we find at this level a bit of Huawei’s R&D genius in photography? Not impossible that some engineers stayed at Honor. Either way, we can’t wait to try out this promising camera. Especially since the main sensor is Sony’s 1/1.56-inch IMX766, which has proven itself on several smartphones.

In video, Honor also promises professional quality movies in 4K HDR at 60 fps, with certification IMAX enhanced and by providing possibilities for editing sequences to transform the atmosphere. It is even possible to take photos while filming, without being limited in terms of quality. 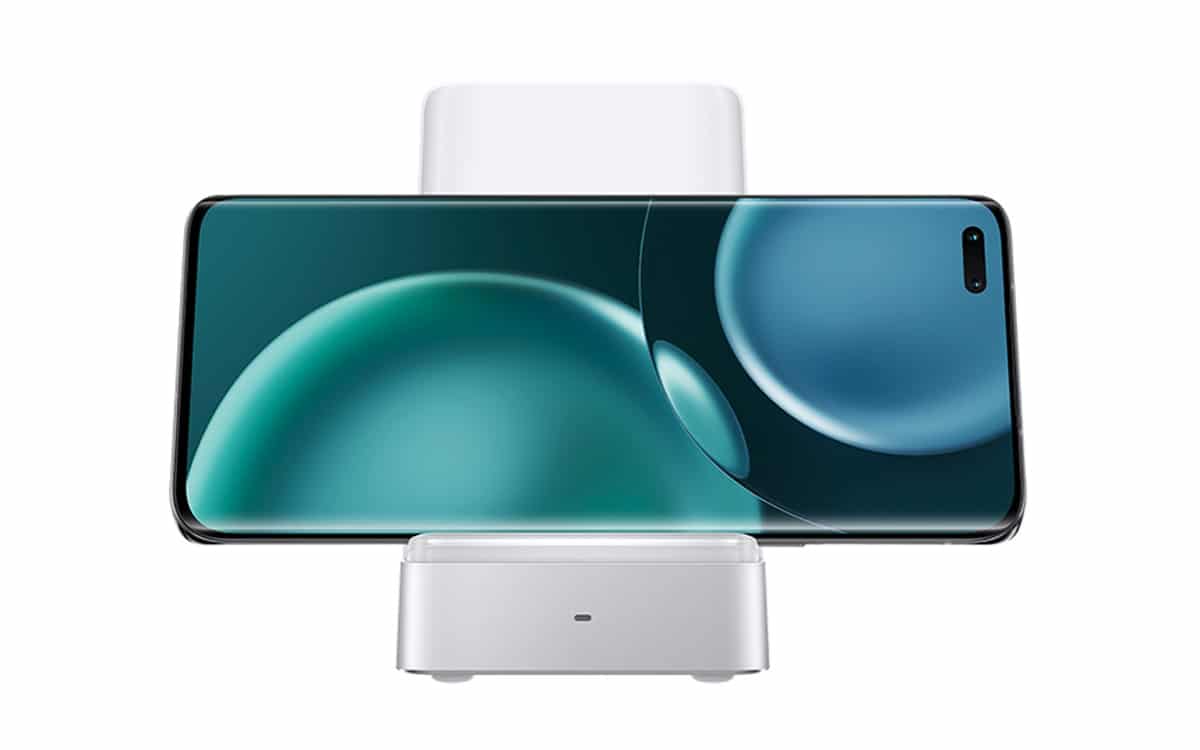 Equipped with a 4600 mAh battery, which may seem a bit tight considering the processor power and the smartphone’s ambitious functions, the Magic 4 Pro compensates with ultra-fast charging. 100W wired charging is supposed to give back 100% battery endurance in just 30 minutes. More innovative, Honor offers the same 100 W function on this device, but wirelessly, which would allow you to recover 60% of autonomy in just 15 minutes. We only ask to try!

A Snapdragon 8 Gen 1 with turbo

A few weeks before launch, Geekbench 5 scores emerged showing the Magic 4 beating the Galaxy S22 Ultra by 2.5% in the single core test and 18.1% in the multi core test. Quite curious as they share the same Snapdragon 8 Gen 1 processor.

Although this chip engraved in 4 nm is already disproportionately more powerful than the previous one, this is clearly not enough for Honor since it has grafted a GPU Turbo X graphics acceleration function, designed to optimize in-game performance. new under the sun, besides the Magic 3 also benefited from it. This surely explains it.

Honor innovates in terms of privacy with a function allowing you to communicate by telephone with your interlocutor in complete confidentiality thanks to directional sound technology. The device is also equipped with an independent security chip capable of exploiting biometric data.

Honor also equips its Magic with a 3D camera to facial recognition. Finally, under the screen of the smartphone, we can discover Qualcomm’s Gen 2 ultrasonic sensor for unlocking using fingerprints. The area for pressure is notably 77% larger and its speed 40% faster, this system using sound waves instead of light for better recognition.

Honor took advantage of this presentation to also announce the Honor Magic 4 smartphone, a Watch GS 3 connected watch and Earbuds 3 Pro headphones, products we will come back to later.