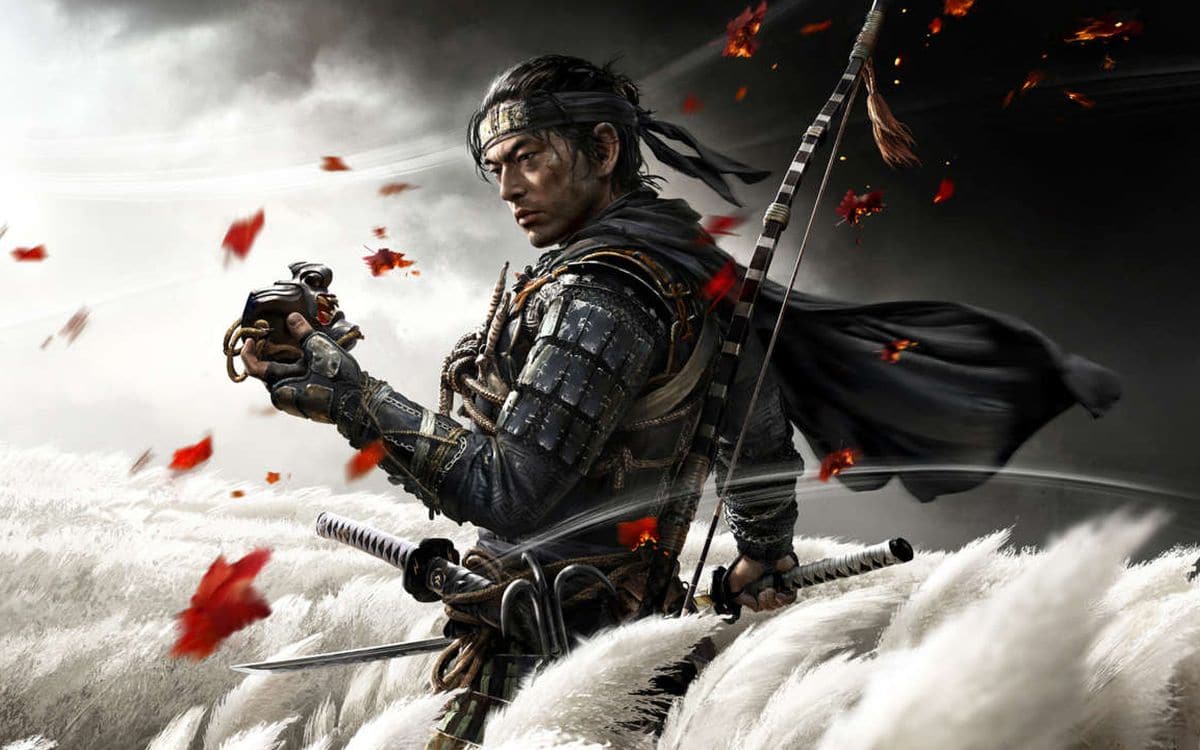 Ghost of Tsushima is the last big game on the PS4, along with The Last of Us Part II. The title features a samurai in medieval Japan. History, gameplay, release date, creators, here is a little file to know everything about one of the last hits of the PS4.

Ghost of Tsushima is here. After three years of waiting, the latest big game from PlayStation has hit stores. In this case, we will deliver all we know on the title that wants to pay homage to old samurai movies.

What is Ghost of Tsushima?

Ghost of Tsushima was presented in October 2017, via a trailer broadcast at Paris Games Week. If the game had intrigued then, he hadn’t shown enough to really spark more than vague interest. He left nothing but hope for a worthy successor to the Tenchu ​​saga, but then everyone expected to see more.

This was the case at E3 2018 where Sony has released the heavy artillery with a first gameplay video. The game then presents itself as an open world and shows its first phases of combat and infiltration. The atmosphere blends the dreamlike nature of a fantasized medieval Japan and the aesthetic of a samurai film. The formula immediately seduces. But it is above all graphically that the game is slapping, so much so that some imagine a game intended for the PS5, not the PS4. However, this is a phase of gameplay designed for E3, and therefore greatly improved in that way to bait the barge. More game news until March 2020, or a story-centric trailer has been released. It talks about the Mongol invasion of 1274 and the hero’s quest to defend his homeland. 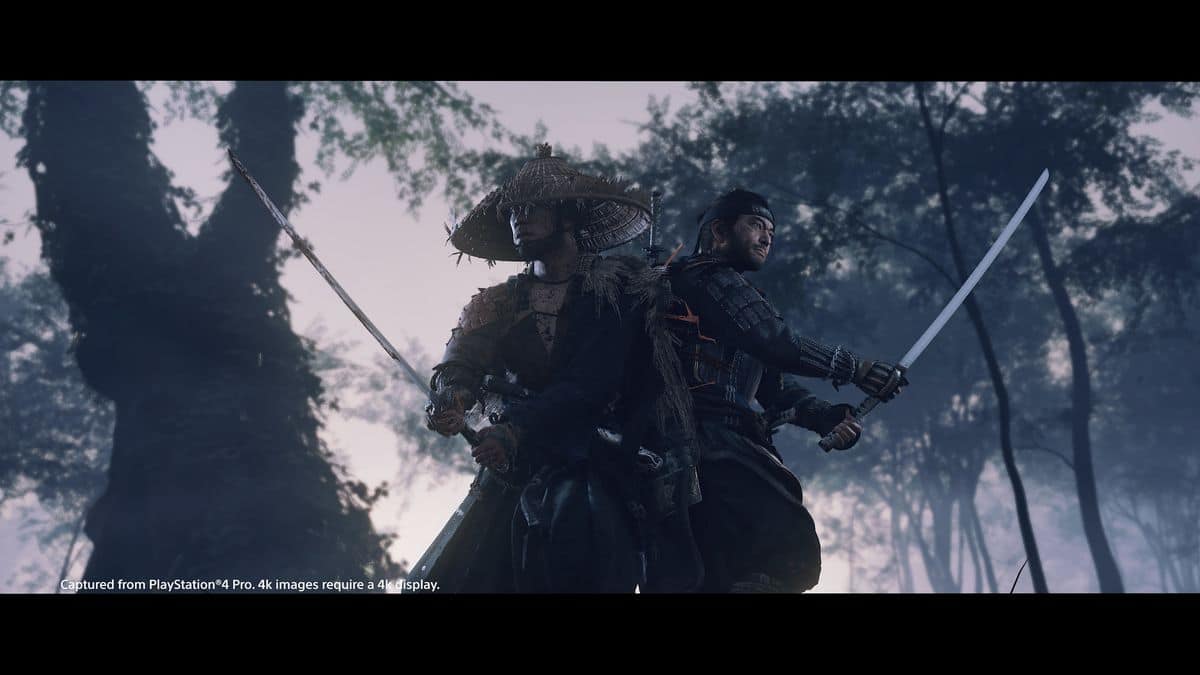 Since then, other small videos of a few seconds have been distilled on the official Twitter account of the game as well as a launch video. This “launch trailer”, as they say, is centered on the atmosphere of the software. Made entirely in computer-generated image, it shows our hero tracking down Mongolian soldiers to push them out of his island.

When did it come out, at what cost? 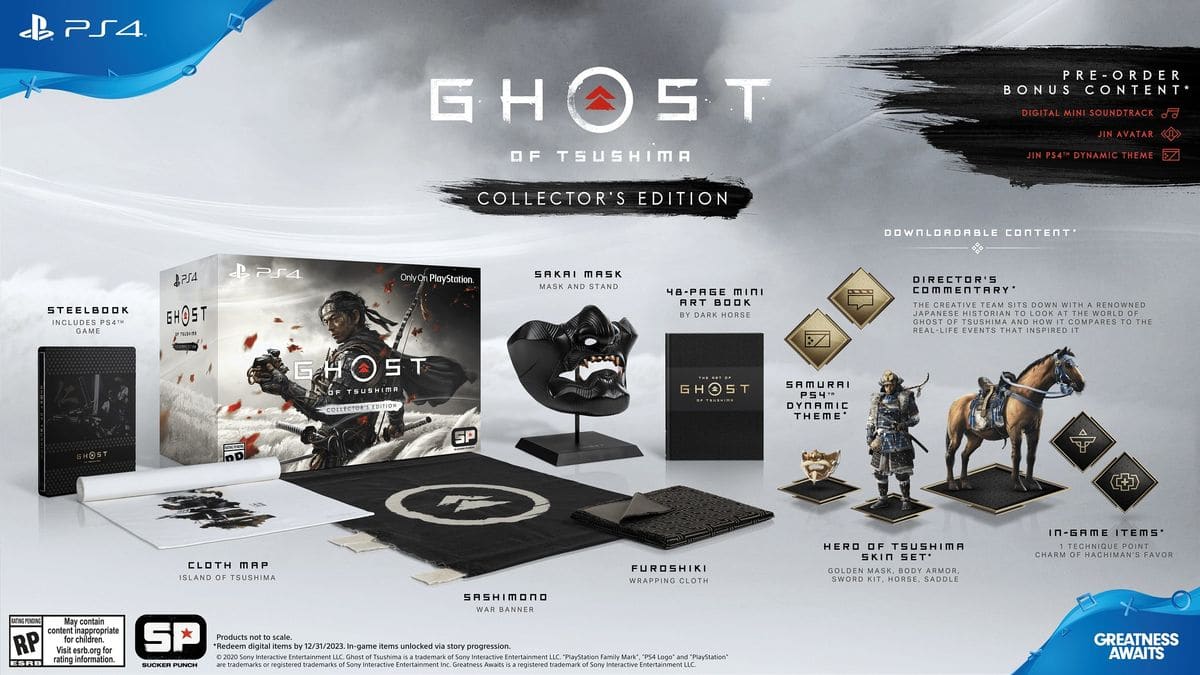 The title was released on PS4 on July 17, 2020 at a usual price of 70 euros, after multiple postponements. It was necessary to download a 7 GB update on the day of the release in order to eliminate the last bugs.

A collector’s version is obviously planned. It will contain the game (in a Steelbook case), a cloth map, a war banner, an artbook, a mask as well as various in-game items, such as a skin for the hero and dynamic themes for the PS4. An edition sold for 180 euros.

What platform did it come out on?

Ghost of Tsushima is a Sony exclusive for the PS4. No need therefore to hope to see the title land on Xbox One or Xbox Series X. A PC version is also not on the agenda. It is optimized for the PS4 Pro, and will therefore be in 4K on compatible televisions. Nevertheless, it will be quite possible to play it on a classic PS4. No need to worry about that.

The game will also be compatible with the PS5, just like the latest console titles, such as The Last of Us 2 or Cyberpunk 2077. It is indeed playable in 60 FPS thanks to Game Boost.

Who developed Ghost of Tsushima?

Ghost of Tsushima was developed by Sucker Punch Productions. This studio, a longtime Sony partner, is not at its first attempt. Indeed, it is to him that we owe two well-known sagas from the PlayStation catalog, namely Sly Racoon and inFamous. Sly Racoon quickly became cult on PlayStation 2, notably thanks to his original artistic direction. The inFamous series scored less, which did not prevent its games from gaining good reviews and selling well.

What is the story of Ghost of Tsushima?

Ghost of Tsushima takes place in 1274. The player takes the role of a ronin who fights against the Mongol invasion. A bit of background: At the end of the 13th century, Kubilai Khan (grandson of Genghis) ruled an empire that stretched from Eastern Europe to Korea. His thirst for conquest pushes him to invade Japan, not yet unified. He then set up an invading force of 4,000 ships (the largest in history after the 1944 landings) and launched the offensive.

Very quickly, he took Tsushima, a small island located right between Korea and Japan, to make a rear base. This is exactly where the game takes place. In the shoes of Jin the samurai, the player must do everything to push the Mongols out of his home. For this, he must turn into a shadow, a ghost (which gives his title in the game) to arouse fear in his enemies. In short, a sort of Batman in medieval Japan. Sucker Punch points out that the game is indeed “historical”, since no supernatural or magical element is present.

For the record, Kubilai Khan never succeeded in conquering Japan. His fleet was caught in a storm and completely destroyed. A second invasion was attempted seven years later, but again, the operation failed for the same reason. Seeing that fate was on him, the great Khan gave up the idea of ​​conquering the archipelago. The economic impact was so disastrous for the empire that it ended its expansion.

Let’s Go There: Ghost of Tsushima is an Assassin’s Creed imitation in Japan. A twenty minute play streak was featured on May 14, 2020 and in, the title incorporates all the codes of solo open world games of recent years. Points to explore, resources to collect for crafting, great expanses to explore on horseback or on foot… it’s all there.

Sucker Punch, however, wanted be original in exploring the playground. No big indicators to get your bearings, for example, since you have to observe the direction of the wind. The latter will always blow in the direction of the goal. Another example is that points of interest are not marked on the map, but animals, such as foxes, may lead you there if you follow them.

The infiltration phases are also very wise, with silent assassinations, the use of gadgets or a grappling hook. Anyone who’s ever played a modern game will be familiar with it, once again. We can see it through the footage unveiled on May 14, where the player has to infiltrate and burn a Mongolian ship. Nothing new under the rising sun on this side. 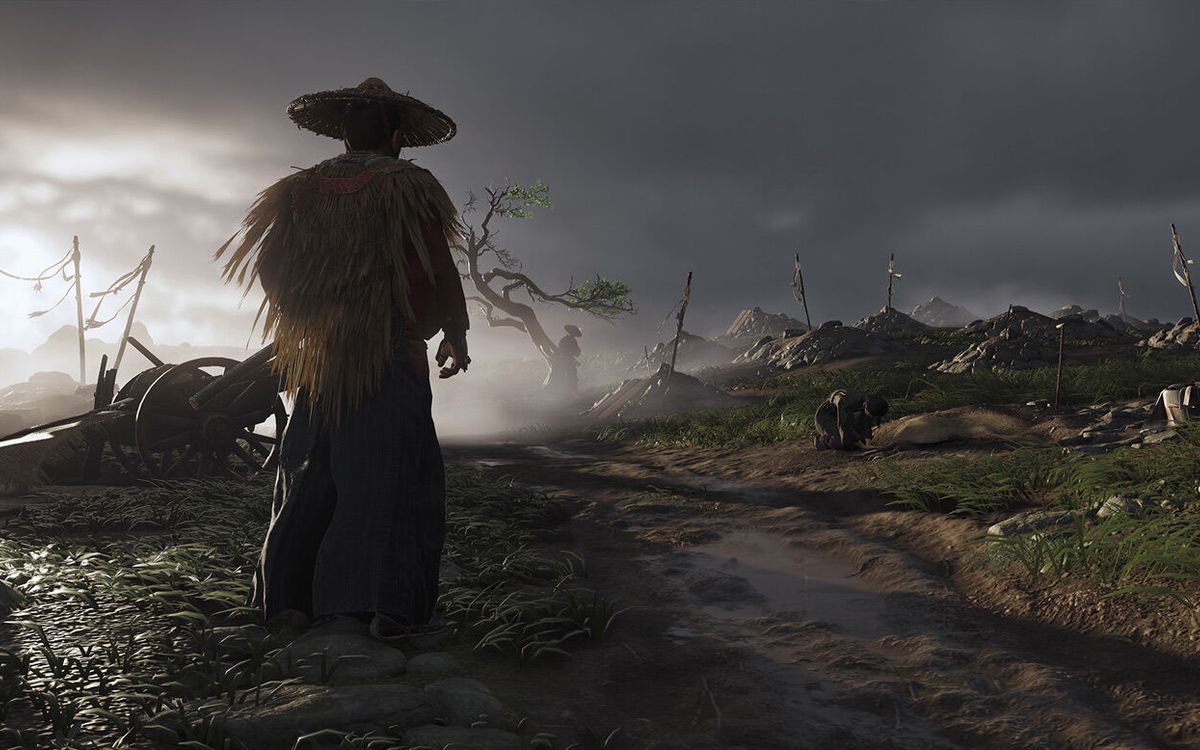 Those are the combat phases which bring a little novelty, with the obligation to kill enemies with a single blow of the katana and this thanks to different postures to adopt during the duels. There are two of them: one defensive and allowing you to strike hard but slowly, another faster, but which will put you in the open.

Note that we must regularly change the outfit of our character depending on the situation to be as effective as possible, like the effects of the weather in Red Dead Redemption 2. No serious ronin would start an infiltration phase with a heavy armor as loud as it is stiff.

As in any good open world, Ghost of Tsushima has a harvesting system. You will need to collect items, such as plants or branches, to craft your equipment. Once your bag is full, you can go to cities to improve your weapons and armor.

Artists at heart will be able to have fun in the game’s photo mode, which will allow plenty of possibilities. Last important point, the title wants to pay homage to the samurai films of the 1950s, like those of Kurosawa, with an optional black and white filter. Likewise, it is possible to put the voices in Japanese for total immersion.

Will Ghost of Tsushima have a sequel?

Several clues point in this direction. First, the game has sold very well, realizing the best launch of a new license on PS4. Sucker Punch could therefore decide to capitalize on its success to develop a new successful saga.

Dave Molloy, the game’s creative director, may have unintentionally leaked the ad. He has indeed updated his LinkedIn biography indicating that he is “Currently working on the Ghost of Tsushima game on PS5”, passage that was quickly changed thereafter.

But too late: the rumor spread like wildfire. Especially since there is little chance of seeing a port of Ghost of Tsushima on PS5, the console already offering backward compatibility on almost all PS4 titles. Info to follow, therefore.