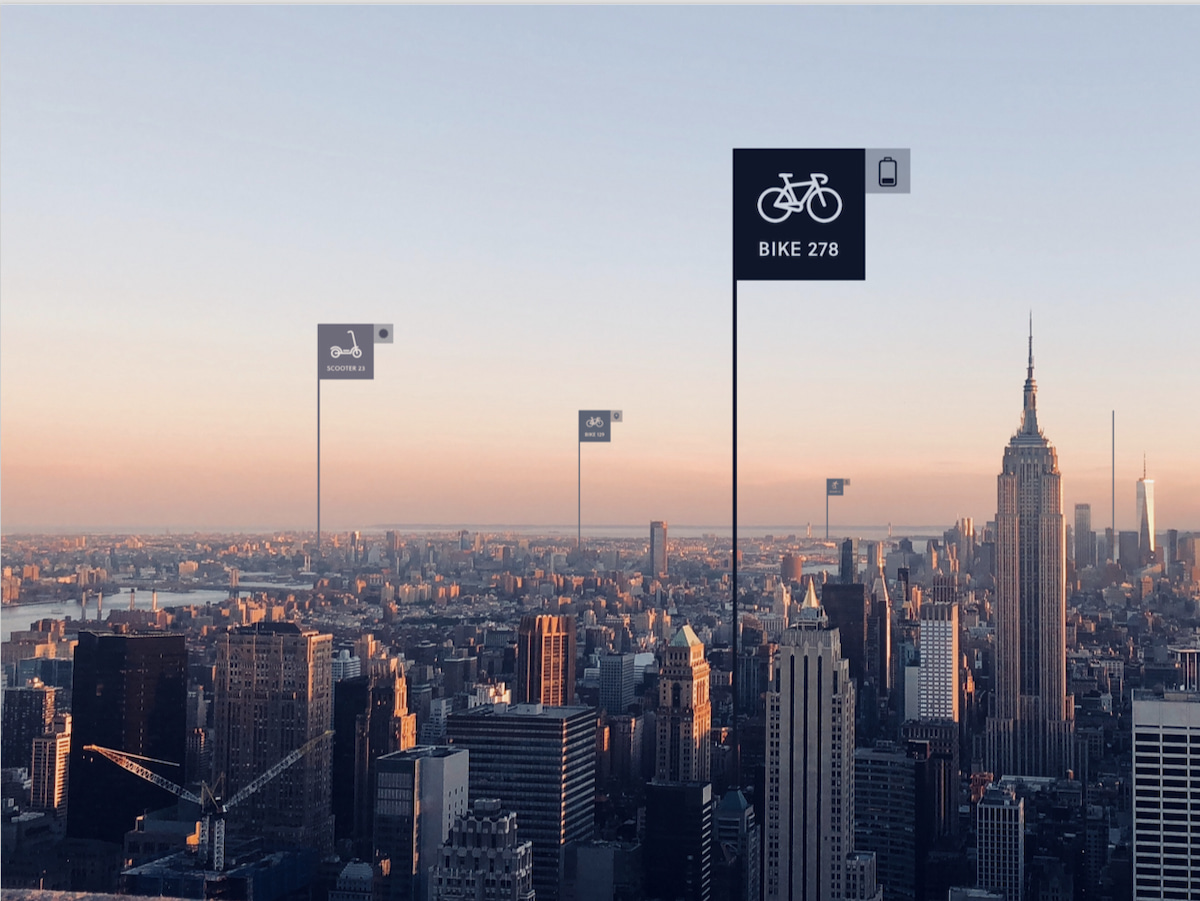 Everyone is talking about the Internet of Things (IoT). The trash can, which asks for emptying by radio. The transport container that provides information on the way whether its cooling is still working. Standing or moving cars, trailers, trucks, construction machinery: everything should be networked, anytime, anywhere, and of course that shouldn’t cost anything.

The 4G networks have been upgraded and expanded by 5G for networking, but this requires SIM cards and contracts with mobile operators, and for many users this seems too complicated, too cumbersome or too expensive.

An IoT network such as “Helium” should make it possible to find objects such as bicycles, scooters, skateboards and other things.
Graphic: Helium Networks

Cheaper IoT networks are nothing new. The provider Sigfox started with a low-priced concept, which preferably operates in the license-free frequency bands (ISM), where home WLANs, computer mice, cordless keyboards, radio car keys, remote controls of all kinds or baby monitors frolic. Nobody really knows whether the messages on these frequencies will eventually arrive reliably and completely.

Because the 4G-based NB-IoT protocol (narrowband Internet of Things) was not completed in time, the LoRaWAN alliance (Long Range Wide Area Network) was created, in which the renowned Swisscom also participates and which has a certain interest in the industry Popularity pleased.

Secure networks with NB-IoT or LTE-M

Established mobile communications providers in Europe have long been using NB-IoT for low bandwidth or LTE-M for higher bandwidths, provided the traditional cellular network with GSM (2G), UMTS (3G), LTE (4G) or 5G is not used . 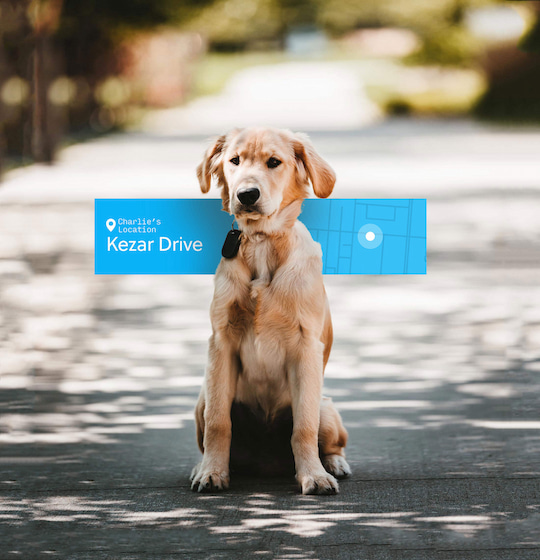 With the tracker in the dog collar, the dog Charlie could be “found” again via helium or another IoT network.
Image: Helium Networks

And now Helium comes a “network”, where IoT devices should be able to connect to the Internet “energy-saving and cost-efficient”. In its “innovative concept, blockchain technology, cryptocurrency and a decentralized approach, Helium wants to build a network for IoT devices”. However, helium needs the existing (fixed) Internet. The user simply sets up a (further) mini router from Helium in his home and uses it to log into the fixed Internet.

The idea behind it is that all helium routers network with each other and thus a cheap network is set up, where actually only costs for the purchase of the helium router should arise, the “normal” network is already there anyway. The idea is that smart home devices can be controlled via the network or pets can be “tracked” even when they go on a discovery tour.

There is little specific technical information, but a lot of flowery rhetoric and a nice video in English.

Unexpected range thanks to “LongFi”

A helium hotspot should be able to cover up to hundreds of square kilometers thanks to “LongFi” technology and would thus open up new possibilities for the Internet of Things (IoT).

In the United States, the helium hotspots have already successfully established networks for IoT devices in more than 1,000 cities, the provider explains. The helium hotspots are now also available in Europe and promise an “extremely long range”. Since private individuals should also be able to buy and operate the helium hotspots, the network would remain in the hands of the users – which is why helium calls it the “People’s Network”.

Helium sees itself as the world’s first provider of a wireless peer-to-peer network for IoT devices and was founded by Napster co-founder Shawn Fanning.

The network of people 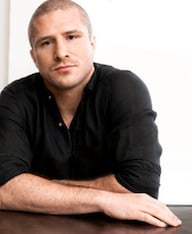 His idea is that as many private individuals and corporate customers as possible buy a helium hotspot and “build” a wireless network out of it, which is used for networking IoT devices in their environment and connects the IoT devices to the Internet. The hotspot and its wireless network should support both smart home and IoT devices. From smart collars for pets, delivery services, smart bicycles, e-scooters, medical logistics and tracking devices to intelligent cooling or lighting systems, the possible uses are extensive. Via the People’s Network, IoT devices should be able to be integrated in a very energy-saving and very cost-effective manner.

Helium’s “LongFi” technology is open source and should be able to send and receive data over “extremely long distances”. LongFi is a combination of the LoRaWAN protocol and the helium blockchain. The technology would enable IoT devices to send data over 200 times further than WLAN. However, this does not mean that the router has a larger radio range, but that the data is passed on to other routers nearby. Helium Network Token (HNT) should be awarded as a reward for people to “participate”, which is a cryptocurrency that could perhaps also be used to pay for data transfers.

The helium router is connected to the existing internet router either via a LAN cable (Ethernet) or WiFi / WLAN. An app for the cell phone (iOS or Android) should then take over the configuration of the hotspot. It should take about 24-72 hours for your own helium hotspot to be “known” online. This is necessary so that you can use your own smart devices (which you have to buy separately) in the entire “network”. So that the data is not “lost” or “stolen”, so-called “blockchain” technology is used.

The price for the helium hotspot should be a one-time fee of 450 euros, anyone who buys 15 or more should get a discount. To transfer data, as already mentioned, a data credit is still required, which may have to buy extra in hard currency, possibly the helium’s own crypto currency HNT can also be used for this.

Helium argues that using it would only cost a fraction of what it would cost to use the mobile Internet over the cellular network. In addition, “LongFi” simplifies the connection of IoT devices to the Internet. Finally, the operators of the helium hotspots would be rewarded for becoming part of the People’s Network.

The idea may be obvious, but it is not new: a network of routers in private hands that are connected to each other via the classic Internet or via license-free radio. Only the entry costs are very high, and in the beginning you won’t find any other subscriber whose router you could use. The disappointment is quickly pre-programmed.

Already loot, Telekom or Vodafone offer their customers the opportunity to use other customers’ WLAN by the existing router offering them an encapsulated hotspot. But let’s be honest: The ranges from WLAN to 2.4 or even 5 GHz are limited due to the physics and many users are happy if their apartments or houses are covered to some extent. There is hardly anything left for people outside on the street. Will helium change that now?

The customers of the network operators mentioned can use these hotspots free of charge if they in turn “release” their own router. You may have got the router from the network operator for cheap money or bought it yourself for 100-200 euros. This means that smart home devices can already be operated today.

Who wants to “look for” their dog or control the refrigerator and spend another 450 euros on another router? It is also not quite clear what the data packets should cost.

Honestly, I don’t give this well-intentioned project much chance. Anyone who travels a lot should choose an established mobile communications provider that offers slowly improving network coverage on reserved and protected frequencies and, because of its regular income, is also interested in expanding its network ever better.

If you think the community idea is great, you get much more “network” for less money with “Freifunk” networks for much less money than with the newcomer Helium.