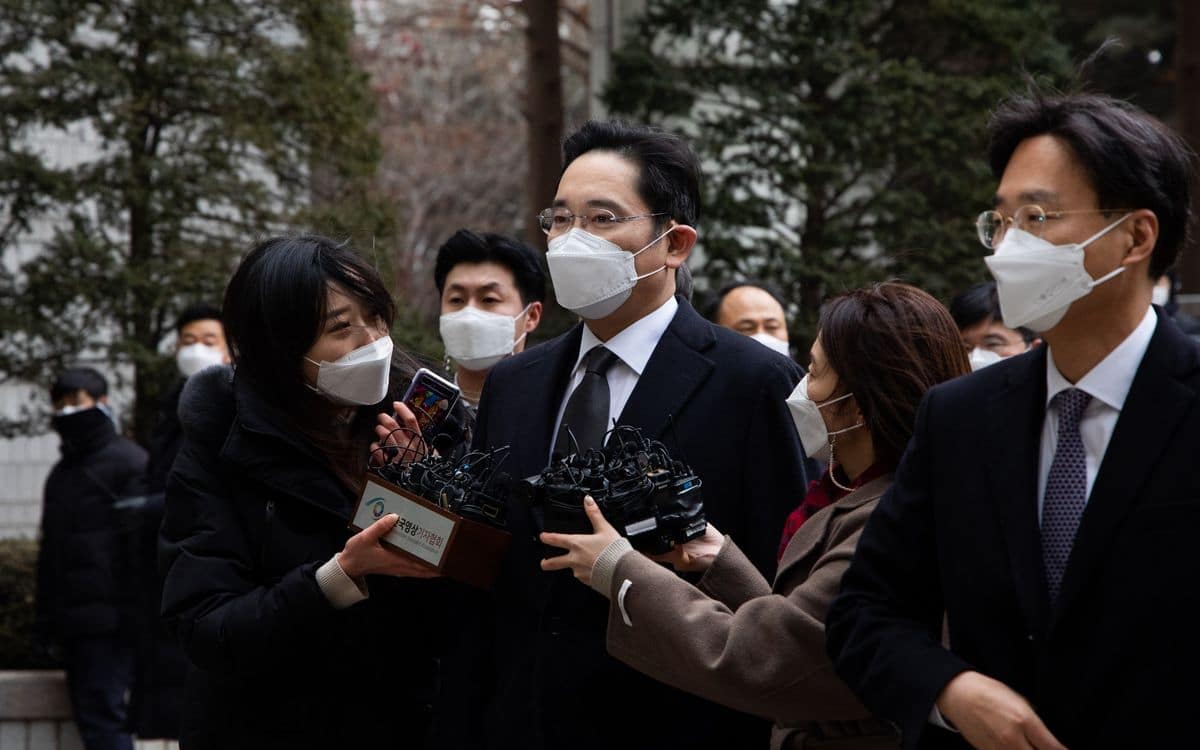 Jay Y. Lee, heir to Samsung, was sentenced to more than 2 years in prison. Accused of corruption, the billionaire offered horses and other goods to a relative of the former South Korean president to ensure his succession to the company, founded by his grandfather. This is the second time that Jay Y. Lee has been jailed for the charges against him, while another trial will be launched for the third corruption case.

Jay Y. Lee, heir to the Samsung empire since the death of his father Lee Kun-hee last October, will pass the next 30 months in prison. Accused of corruption, the 52-year-old billionaire plunges into turmoil a society that has been trying to get rid of its demons for several years. In 2017, he was already sentenced to 5 years in prison for corruption, a scandal that has shaken South Korea until overthrowing Park Geun-hye, its then president.

Released in February 2018, Jay Y. Lee ultimately spent only one year in prison. An annulment of sentence that the Supreme Court contested, until ordering a new trial in 2019. The latter ended on Monday, January 18, with a verdict the new conviction of the number 1 of Samsung. Before his death, his father was also charged with tax evasion for 6 million euros.

“This is shocking news for Samsung, but the firm should put an end to these legal fights to move forward”, said Chae Yi-bai, a Korean lawyer. These corruption cases have indeed harmed the tech giant for several years, making it difficult to take large-scale decisions, normally carried out with Jay Y. Lee. The announcement has already drops Samsung’s stock market price by 3.4%, while the firm refuses to comment.

In order to secure his succession to his father’s company, the billionaire heir offered horses and other goods to a friend of President Park. The latter is also involved in a corruption case, also linked to Samsung, and faces a 20-year prison sentence. As for Jay Y. Lee, another similar case concerning the merger between Samsung and Cheil Industries in 2015, is still awaiting trial.

Who will take charge of Samsung?

“Since Jay Y. Lee has already spent a year in prison, there will be a one-and-a-half-year vacuum at the helm of Samsung”, explains Chae Yi-bai. A consequence that could be costly for the firm, which recently announced profits up 30% in 2020 despite the Covid-19 pandemic. While overall production has declined this year, Samsung remains the world’s largest manufacturer of memory chips, which allowed it to offset its disappointing sales of smartphones. However, although a majority of decisions are taken by shareholders, Jay Y. Lee’s absence may deal a major blow to the company in the long run.

“Lee might be able to run the business from his cell, but there will be setbacks”, according to Shin Se-don, professor of economics at Sookmyung Women’s University. “His conviction will cause an emotional shock to the population. Samsung is a cornerstone of our economy and people will be very annoyed by this result ”. The billionaire has been a familiar face of the firm for a few years now, regularly attending numerous public events as well as government representations since his release in 2018.

On December 30, 2020, during his last hearing, the heir read a letter of apology addressed to South Koreans. After the creation of Samsung by his grandfather and its management by his father for more than 30 years, Jay Y. Lee promised that thethe family succession will be stopped after his term. He assured to want restore the image of the company on his release from prison and pledged not to repeat the actions that led to his conviction.