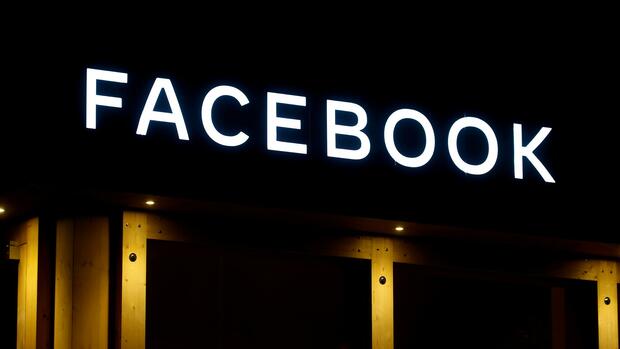 The alarm bells are ringing in Menlo Park: one big company after another boycotted Facebook ads. Outdoor brands such as Patagonia and The North Face, the second largest US telecom group Verizon, also saw the European consumer goods giant Unilever on Friday. Coca-Cola plans to suspend platform advertising for at least a month. The last two companies together put more than eleven billion euros into marketing each year.

The corporations react to Facebook’s handling of controversial contributions by US President Trump, misinformation and hate speech. And are really scaring Facebook’s investors: The stock plunged by more than eight percent, which corresponds to around $ 50 billion in market capitalization. Facebook now has to rethink its strategy.

Mark Zuckerberg normally lets such criticism drip off by referring to freedom of expression. When US President Donald Trump spread a racist saying about the unrest after George Floyd’s death, Facebook left it uncommented. After the advertising boycott, Zuckerberg responded in a video message: Facebook would prohibit advertisements that represent members of a certain ethnic group, gender identity or sexual orientation as dangerous. Refugees and asylum seekers are also expressly protected.

Posts calling for violence or aimed at preventing people from making a political election would also be deleted immediately, even if they come from the US President personally. Trump has spread lies about election fraud in the past several times in the past.

In contrast, Zuckerberg does not want to delete posts from a “newsworthy source” like Trump that violate Facebook’s rules against hate speech, but rather label them. When Twitter introduced the same rule a few weeks ago, the Facebook founder criticized the competition network on Trump’s house broadcaster Fox News: Private platforms should not act as “judges of the truth”.

Zuckerberg has forgotten his customers

One can believe Zuckerberg that he is personally “disgusted” by Trump’s posts, as he recently wrote in an email to scientists who work for his charitable “Zuckerberg Chan Initiative”. But so far on his platforms: Trump can lie and say almost everything. Calls to violence are not taboo. For his sake, Zuckerberg is already straining freedom of speech. But even extreme groups like that. Hatred is raging in many corners of the network.

For the first time, advertisers are now signaling that this is going too far. The balance in the business model is in danger and others follow the call of American civil rights activists with the advertising boycott. But they also point to violated interests.

Because the boycott shows: Facebook boss Mark Zuckerberg has forgotten his customers. That has not been the three billion users of its services for a long time. It is the companies that advertise. For the business model to work, Facebook has to make both sides happy. But now some companies are really upset.

Verizon is said to have spent $ 2 million on advertising on Facebook and Instagram last month, Unilever double. Facebook hardly notices that, which brought in a profit of $ 18.5 billion in 2019. But it makes his boss think – even if the company has already announced that content is decided on the basis of principles – not in response to economic pressure.

Because Facebook is still considered a very good advertising environment. Even in the first quarter of Corona, sales rose because customers used their reduced advertising budgets primarily on the tried-and-tested marketing channel. The protesting companies will also advertise again in August – they probably cannot help it.

Facebook is still too important and helpful. But times could change, Zuckerberg has to see that too. Few want to hang up their posters in dark corners. In the end, he may not set the limits of freedom of speech in the world’s largest online network. But the advertising market.

More: Recording from a secret session: How Zuckerberg handles freedom of expression.