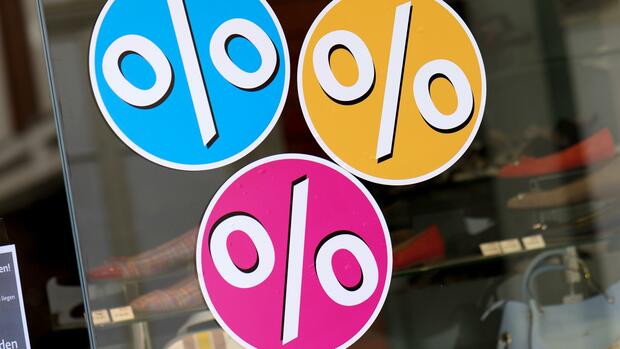 Düsseldorf / Munich It is a promise that many retailers are making these days: “We pass on the reduction in VAT to our customers without restriction,” says Günter Helm, head of the Müller drugstore chain. But he restricts: “For organizational reasons, the prices on the shelf remain unchanged, and there is a full discount at the checkout.” Consumers would be given extensive information in the branches, for example, through posters and announcements.

Like Müller, many retailers do. They shy away from the effort of re-labeling all articles. At the same time, however, they try to attract consumers with lower prices. The federal government wants to boost consumption with a temporary tax cut. The tax rate will be reduced from 19 to 16 percent from July 1 to December 31, and the reduced rate from seven to five percent.

The chains have been advertising for days. The competition is so great, especially in the food trade, that retailers have announced loudly that they will cut prices. Some chain stores, such as Globus or the discounter Netto Nord, are already bringing the price cut down to June 29.

Lidl already adjusted the prices on June 22nd. Aldi goes one step further: The supermarket chain reduced the prices of the entire range by three percent – regardless of whether the respective article is subject to the full or the reduced VAT rate.

The dealers are watching each other. When one moves, the other moves. Rossmann has now announced a flat-rate discount of three percent for all items.

Michael Gerling, managing director of the EHI commercial research institute, predicts that the tax cut could trigger a price war. “For branded goods or goods for which the customer knows the price well, such as butter or milk, the price reduction could even be higher than the tax reduction.” Netto Nord has already promised exactly that: Many of these so-called corner articles would be reduced in price.

However, it is impossible for retailers to “lower prices with the lawn mower,” says Gerling. There will surely be many products for which the price will not drop. “For the retailer, this means a lot of administrative work,” explains the trade expert, “he has to recalculate the price for each item.”

“The dealers will pass on the tax reduction because they see this as a confidence-building measure towards the customers,” says Timo Renz of the management consultancy Dr. Wieselhuber & Partner. Not lowering prices is dangerous. Then the merchants could be perceived as greedy.

One of the biggest challenges: Since only a fraction of retailers have electronic price tags, most of them have to replace each price tag. “It would have been an enormous effort to change all the price labels on the shelves, which we could not have represented economically,” says Christoph Werner, head of the drugstore chain dm.

That is why dm chose the same path as competitor Müller: the tax cut is deducted at the checkout. “The advantage of the discount solution is that the benefit for customers is shown transparently on the receipt,” says Werner. The company wants to “send a clear signal to the customer” – and prove that the VAT reduction is not thwarted by hidden price increases.

The range is crucial

The challenges are the short lead time and the fact that the change has to be undone after six months. “We chose the cautious approach with the discount scheme,” admits the dm boss. The company had also considered changing the till software accordingly. “But the risk was too great for us.”

It is questionable whether the VAT reduction will ultimately lead to more sales – and should depend heavily on the range. “Customer behavior is very difficult to predict. We cannot say today whether customers will really buy more because of the VAT reduction, ”says the dm boss. “However, we tend not to assume that our range will increase sales, as the discount is manageable in terms of prices.”

Advisor Werner is also skeptical. Whether or not individual retailers would benefit from the lower tax depends not least on advertising. “Above all, clever ideas from the marketing departments are in demand.” After all, consumers would hardly save anything on everyday goods. With expensive purchases such as cars or furniture, however, discounts of 20 or 30 percent would be granted anyway.

The Federation of German Consumer Centers believes that consumers will only benefit in part. Consumer advocates fear that companies in many industries could use the measure as “financial relief”. They criticize that the buyers are “dependent on the goodwill of the companies”.

Martin Kerner from the outdoor store base camp in Karlsruhe hopes for a sign of solidarity from customers. Like many local shops, the base camp is in a difficult position after the weeks of closure. “We currently prefer the variant that we leave it up to the customer whether he wants his three percent – actually it’s only 2.52 percent – or not,” says the businessman. “We will not award anything, we will deduct it directly at the cash register.” But no consumer should feel bad if the small tax reduction is important to him.

It will be critical in January

Tobias Schonebeck also wants to give a flat three percent discount. “This is much easier and more transparent than a blurry price display or mixed calculation,” says the managing partner of the traditional company Schäffer in Osnabrück. “Since the three percent are not really suitable for boosting consumption, we will push in special promotions at certain points and double the economic bonus for certain periods on certain products, brands or product areas.” Schonebeck has focused on fine dishes and glasses, on kitchen utensils and toys specialized.

However, it was not that easy with the flat-rate discount at the cash register. “The first suppliers put a spanner in the works and issue new price lists with reduced non-binding recommended prices by July 1st,” complains the businessman. This would lead to double and triple tax breaks.

One of the biggest problems for local traders is not solved with the tax cut: the many restrictions due to the corona pandemic. Consultant Renz: “The shopping experience is just getting lost with the masks.” Shopping as carefree as before, that’s currently not possible.

In addition: the prospects are poor. “If the tax increases again in January, it will be a terrible month,” predicts Renz.

More: Almost 250 million euros in bureaucracy costs for the economy through an economic stimulus package.