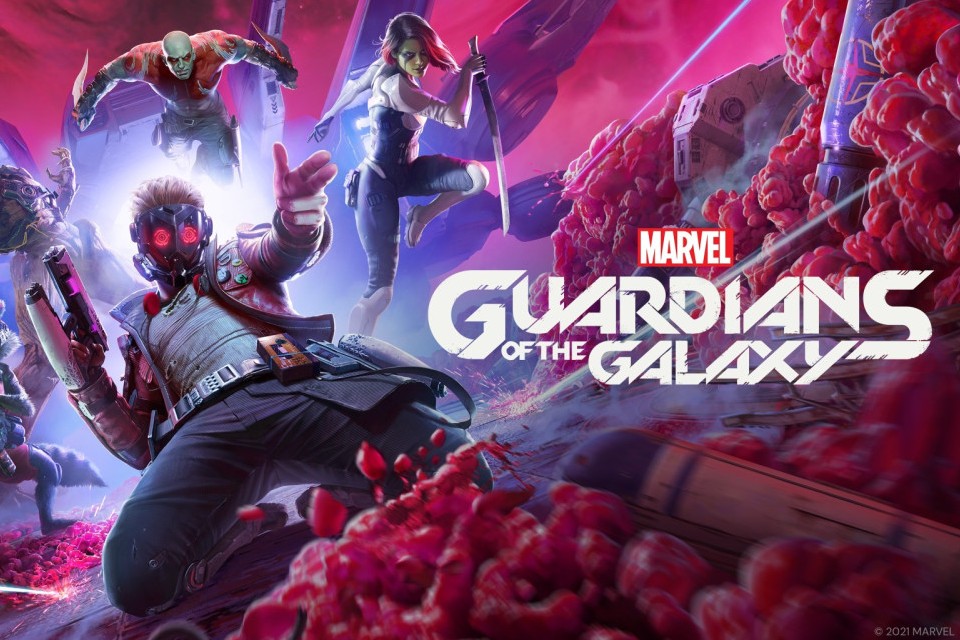 One of the biggest surprises at E3 2021 was the announcement of the game Marvel Guardians of the Galaxy, a totally new adventure of the Guardians of the Galaxy developed by Eidos Montreal. At the producer’s invitation, we had the opportunity to talk with Mary DeMarle, her executive narrative director, and Jean-François Dugas, her senior creative director. Check out our chat below!

It was quite surprising to know that the game will come out for all consoles and generations on October 26th. What was it like working on so many video games at the same time, and what changes between each platform?

Jean-François Dugas: “It was important that we create the same basic experience across all systems, that is, to have the Guardians there chatting and interacting on screen non-stop. All the pillars of the game are identical no matter what your platform, but obviously whoever plays in the new generation will be able to enjoy some exclusive opportunities.

For example, we have 4K mode at 30 fps, or performance mode at  60 fps, plus quality of life and raytracing improvements, with more lighting and foliage details. Specifically on PlayStation 5 we also use the DualSense controller a lot!”

The publisher Panini published several arcs written by Dan Abnett here in Brazil, and they were very fun stories, so it was nice to see him in the game’s presentation! How involved was he in creating the story, and what was it like working on that script?

Mary DeMarle: “I agree with you and I think Dan’s comics are amazing! During our preliminary research, a lot of what we did was read his stories, but he didn’t get directly involved in our storytelling. Basically the plot. was made by our team, who ended up teaming up almost like the Guardians themselves!

We were all very different people, but we made up for their different views with a lot of mutual help. When we finished work, a lot of people couldn’t even remember who had written each joke anymore! (laughs) In the end, we still showed Dan the work to see if it was in line with his vision, and he loved the material we sent.

Jean-François Dugas: “Since Dan was such an inspiration, it was great to see his reaction to our treatment of the characters. It was great to get a thumbs up from him! He’s even one of the first easter eggs in the game, since the young man Star-Lord has a childhood friend named Dan, who is named after Abnett!”

In addition to the comic books, it’s pretty evident that you guys used a lot of James Gunn movies too. Was it difficult to balance these references and find the right tone for the game to stand out?

Jean-François Dugas: “I think we took a little bit of everything that is place. The work done in the movies was something impossible to ignore, as even the comics ended up drinking from that source afterwards. The Star-Lord walkman itself is something that, By now, it’s part of the universal lore of the series! In the end, Marvel encouraged and helped us a lot in creating our own world.

The look of our heroes was the result of our discussions to understand and reflect well their origins. Rocket, who is more into technology, wears a lot of cool gear and carries accessories while climbing on Groot’s back. Gamora, on the other hand, has a more feline look, quite menacing, with clothes that reflect its agility.

Drax is full of scars, as they are the way his people tell stories through the body. And Peter, being a child of the 1980s, wears jackets and haircuts typical of the time. What we wanted, then, was to represent their personalities on screen, but also leave players a little intrigued and willing to learn more about their past just by looking at them.”

The material that has been released so far has shown plenty of action, but also moments of conversation between the characters. How much of the game is dedicated to each style of gameplay?

Jean-François Dugas: “The game is mainly an action-adventure title focused on narrative. Obviously Naughty Dog represents this great paradigm of quality in the genre, and we didn’t want to downgrade our game by stuffing it too much with RPG mechanics or trees You even get skill points for fighting and you can improve the characters, but that doesn’t get in your way. We don’t want the menus to get in your way to get in the way!

From Telltale Games I think we’ve taken a little bit of this idea of ​​choices and consequences, in addition to the focus on dialogue. Giving players a little agency in the rhythm of conversations is something that helps with immersion, so there’s a notable aspect of that in the game: there are no right or wrong choices, divergent paths are just fun for you to talk to your friends about and compare what kinds of different choices and results you had.

And as for combat, it’s very arcade and flashy, with that cool superhero face. Of course there’s also a bit of strategy involved, but there’s plenty of room for you to develop your own style and master the mechanics, creating combos and working in synergy with the other Guardians. After all, you only control Star-Lord, but all the while you’ll have the other heroes on hand, so you’ll be thinking about them both in the fights and in the conversation and development parts of the story.”

Among everything the game offers, which aspect are you most proud of and think everyone should check out?

Mary DeMarle: “For me, what I’m most proud of is the story! It has a lot of depth to it as we deal with themes like family, loss and fate. Still, there’s a lot of humor and jokes too, so I really enjoy this transition, of the confrontation between these feelings, and how they naturally fit together anyway.”

Jean-François Dugas: “I love the way we manage to put the team at the center of the experience, whether it’s in the middle of fights or in the story scenes. I like how the player can feel part of the team and really care about his friends Guardians, since they’re always by your side! I think the overall rhythm of the game, the idea of ​​’expecting the unexpected’, it’s not something formulaic, it’s a game full of surprises and it doesn’t follow the standards, and that excites me .”

And you, what did you think of this interview and what was shown of Guardians of the Galaxy at E3 2021? Let us know in the comments below!