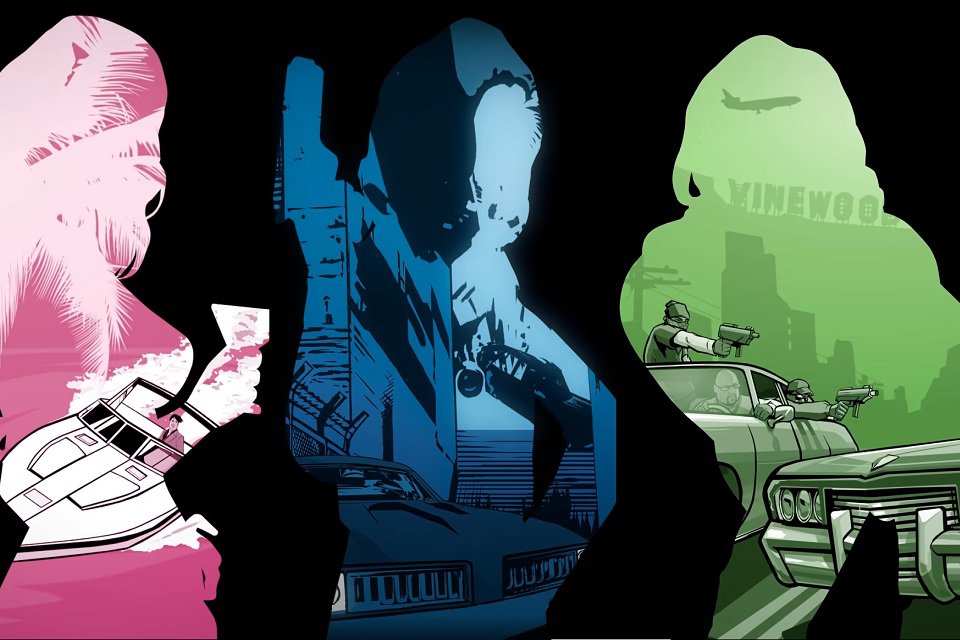 We know that the most anticipated day by fans of Grand Theft Auto is from the announcement of an unprecedented game in the franchise, but you can still celebrate the arrival of Grand Theft Auto: The Trilogy – The Definitive Edition. This edition that brings GTA 3, GTA: Vice City e GTA: San Andreas in remastered versions and with quality of life improvements it was made available today (11) on several platforms.

While some PlayStation players have already received access to the game since midnight, the official launch time for the compilation in Brazil is 12:00. If you’re looking forward to enjoying these classic titles in a fresh way, we’ve listed exactly how, where, and how much you can play them for. Just check the details below!

In the digital media version, you find Grand Theft Auto: The Trilogy – The Definitive Edition on just about any platform you can imagine, including the PC, PS4, PS5, Xbox One, Xbox Series S/X, Game Pass, and Nintendo Switch. Current prices are as follows:

If you prefer to play the trilogy on PC, you can purchase it for R$ 319.90 directly from the Rockstar website, and you must have an official account to play the games on the company’s own launcher. Unfortunately, the Definitive Edition it will not be available on Steam, Epic Games, or other PC services at its launch, but should be made available on those platforms at another time.

If you have a Sony console, just log into PSN through your account and purchase the game for R$299.90.

The Xbox One and Xbox Series S/X version is also relatively easy to purchase, just go to the console store and pay the R$ 299.90 required.

Those who have always wanted to play the franchise’s first 3D games on a handheld console can count on the Nintendo Switch version. The collection can be purchased for R$299.00 at the Brazilian eShop.

Xbox Game Pass subscribers won’t have access to the entire remastered trilogy, but they can enjoy it now GTA: San Andreas in this new version, which was added to the service catalog individually. If you haven’t signed up for a Game Pass yet, we’ll show you how to do so at this link!

PlayStation Now subscribers will be able to enjoy GTA 3 the same way in countries where the streaming service is available, which unfortunately is not the case in Brazil.

Those who prefer the collection in physical media will have to wait a few extra weeks for its release, as this version will only be available on December 7, 2021. It is worth mentioning that only the Nintendo Switch, PS4, Xbox One and Xbox Series S /X will receive the physical version, while the PS5 will be left out for unexplained reasons.

Of course it’s possible that a physical PS5 edition will be released in the future, but there’s no confirmation of this at the moment.

In addition to the improved visuals, we mentioned that there are quality of life improvements in this collection. If you don’t know exactly what the trilogy brings, just see the details below: