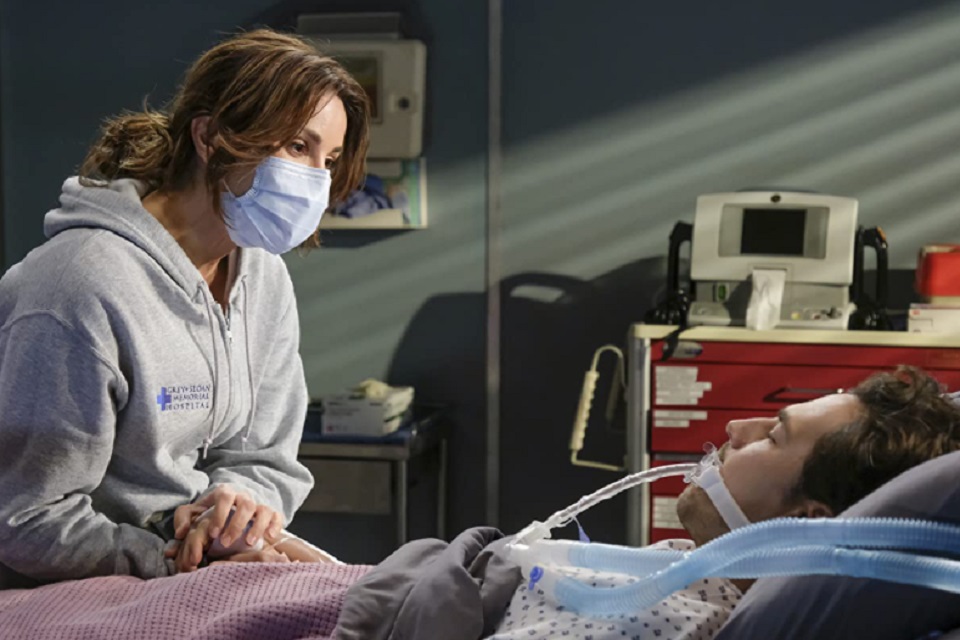 After almost three months off the air, the 17th season of Gray’s Anatomy returned from the hiatus with great emotions for his viewers. Aired last Thursday (11), the 17×07 episode was marked by the farewell of a character very important to the narrative and at the same time very dear to the fans.

It is worth noting that the return of Gray’s Anatomy for the ABC programming grid was accompanied by a crossover with the series Station 19. In this way, some events that are very important for the unfolding of the medical drama plot have a direct connection with what the public initially saw in the Seattle firefighting plot.

So, check out all the details of the 17×07 episode of Gray’s Anatomy with our recap! 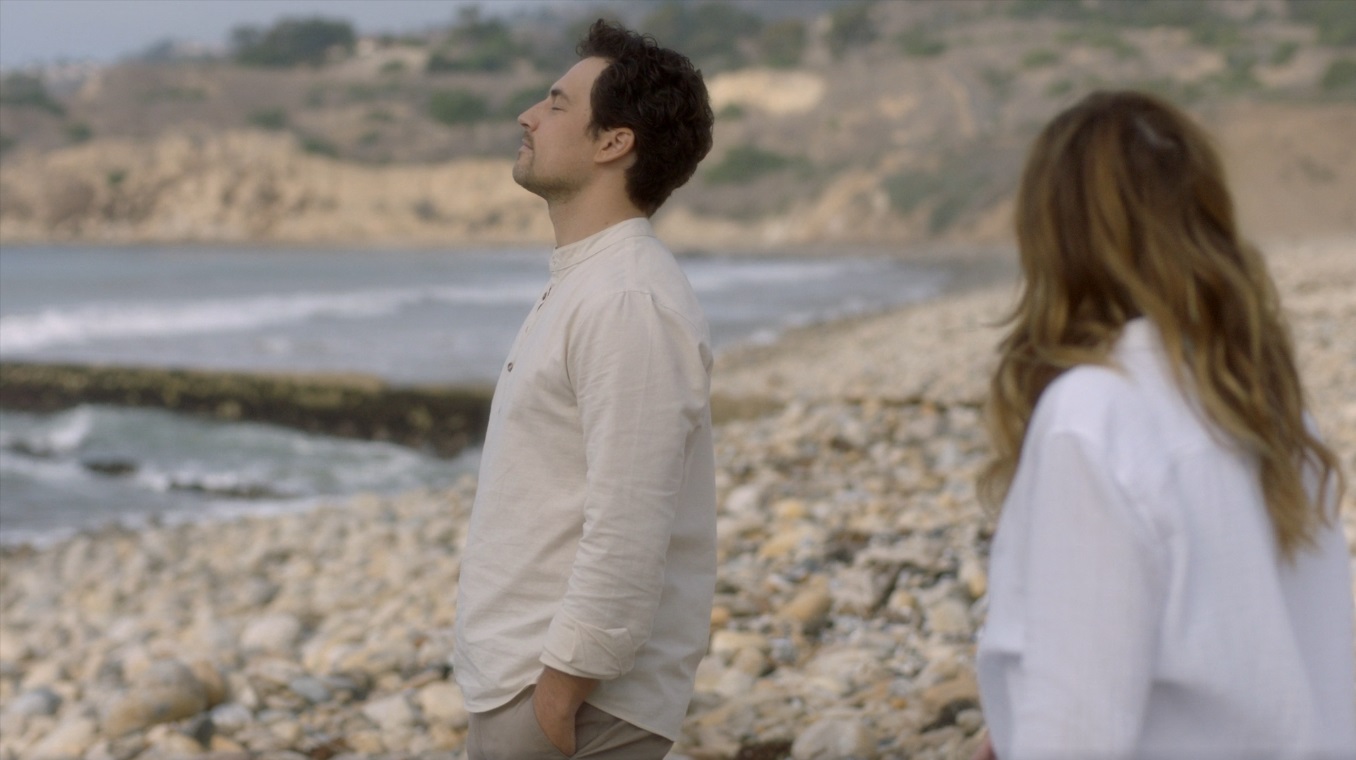 Continuing the narrative seen before the hiatus, one of the connecting factors of the crossover between the two series is the fact that Andrew DeLuca (Giacomo Gianniotti) and Carina (Stefania Spampinato) are following a sex trafficker.

As much as the pair is carrying out the task in a risky way, they count on the help of the team of Station 19 to call the police and set up an ambush to arrest the criminal. The human trafficking arc has been directly linked with DeLuca since the 16th season of the series. Thus, the 17×07 episode of Gray’s Anatomy provides a conclusion to viewers about this.

Initially, DeLuca and Carina followed the car dealer, but after entering a train station, the two decide to abandon the vehicle and enter the place to follow her. Meanwhile, the police team and firefighters are on hand to arrest her at the first opportunity. When Carina and DeLuca split up, however, Gray Sloan’s doctor is stabbed by a partner of the criminal.

After the effective arrest of the trafficker, everyone mobilizes to help DeLuca, who already has deep injuries. In this way, spectators watch the rescue of the character, while he loses a lot of blood on his way to the hospital. 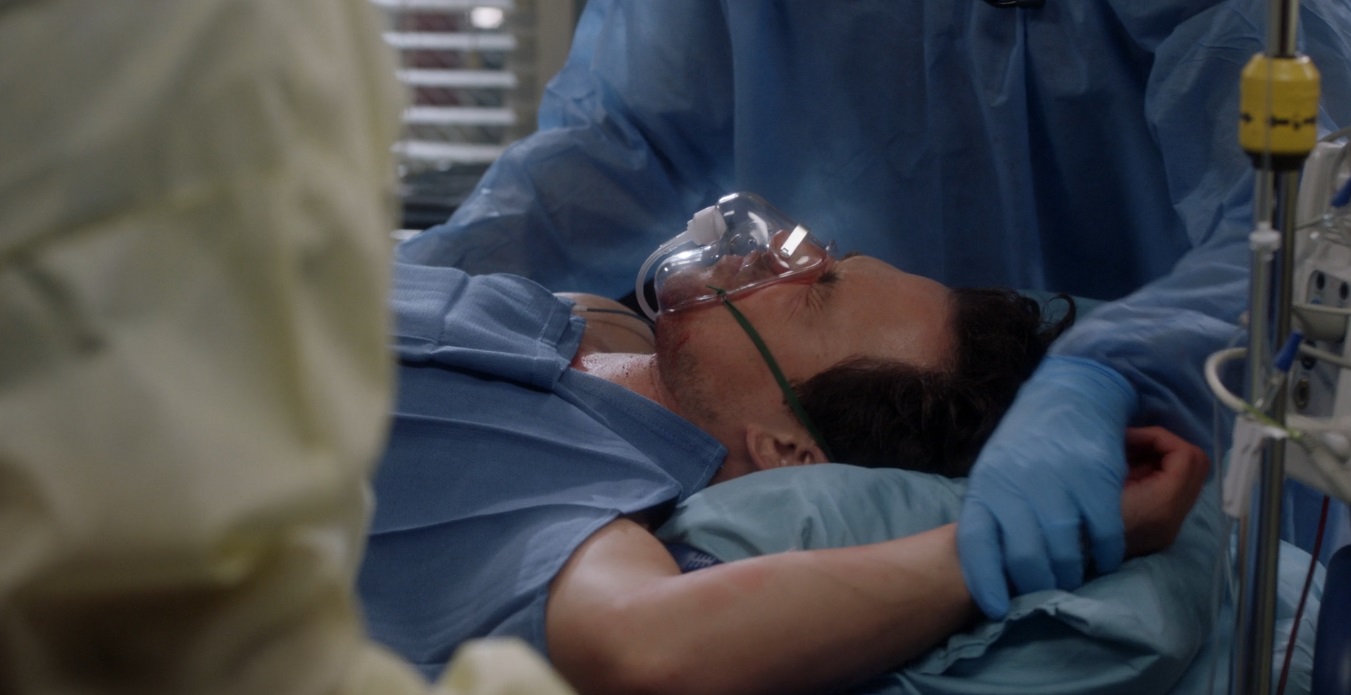 In that sense, when Gray’s Anatomy begins the exhibition of the entitled “Helplessly Hoping” (Impotently waiting, in a free translation), the public sees DeLuca’s arrival at Gray Sloan, with all the doctors shocked by the situation of the co-worker. In this way, many mobilize to help you.

The scenes that follow the sequence of the first procedures with the character are somewhat difficult to be seen, since some of the procedures are quite graphic. The tone of the episode’s direction is quite intense and credible, in this sense, providing consistent passages for DeLuca’s suffering.

At another point in the hospital, Levi (Jake Borelli), already aware of DeLuca’s condition, observes an image with Ben (Jason Winston George) and realizes that he could have prevented this difficult situation from happening – the drug dealer was at Gray Sloan that day previous.

In turmoil with his own thoughts, Levi is bewildered. Thus, Nico (Alex Landi) advises that he does not participate in DeLuca’s surgery and offers the vacancy to another resident.

DeLuca meets Meredith on the beach 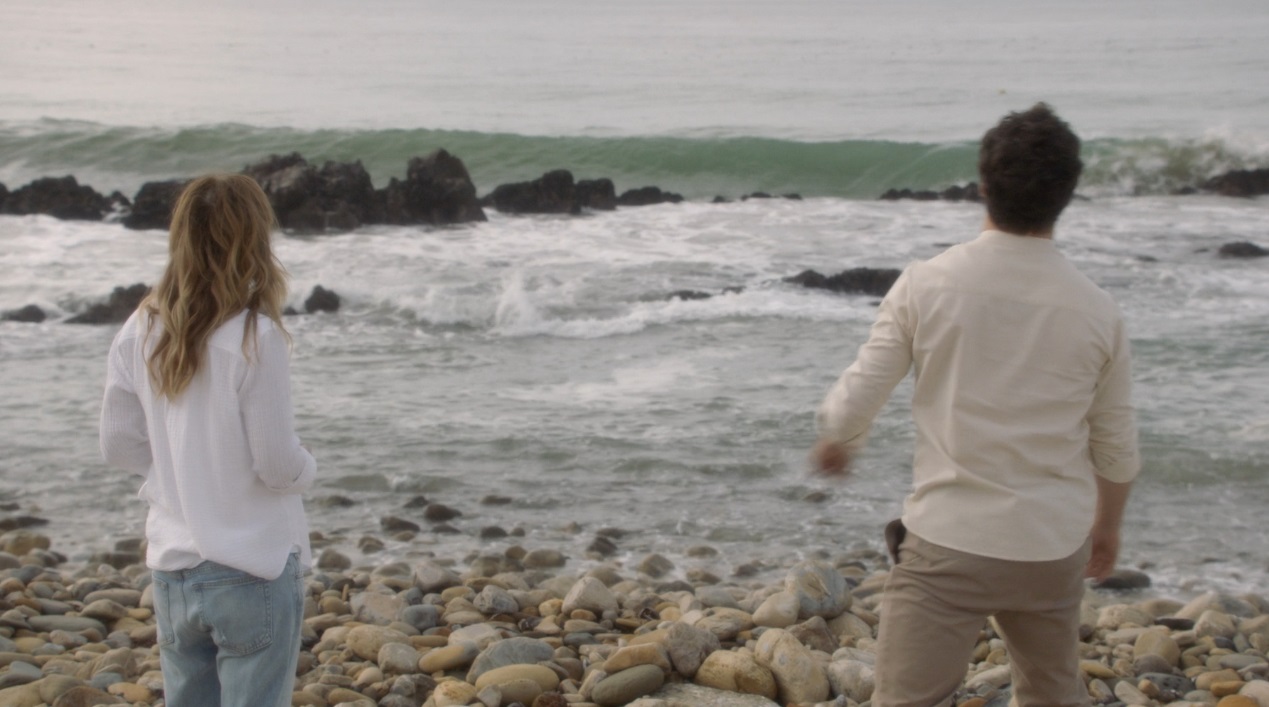 While the other characters struggle to save DeLuca’s life, the character is seen on the beach talking to Meredith. The two meet again after some time and talk about very common topics. DeLuca’s visit is quite recurrent throughout the episode.

The two ramble on curious and even motivating subjects in a profound context about the relationship they have cultivated over the seasons. However, these conversations with Meredith are already beginning to indicate how things can end for him at the end of the episode.

As much as Richard has good arguments about wanting to participate in DeLuca’s surgery – after all, the surgeon had previously saved his boss’s life – Owen (Kevin McKidd) rejects the idea and scales Teddy Altman (Kim Raver) into the position. It is worth mentioning that the doctor was going through moments of torment during the episode, related to her involvement with Tom (Greg Germann).

At the operating room, Owen and Teddy worked together to save DeLuca with the help of Reza Khan (Nikhil Shukla), the resident appointed by Levi, who has extensive experience in vascular surgery in Pakistan. Throughout the process, Richard made a point of watching everything that happened, pleading with himself that the forces of the universe would not take his friend. 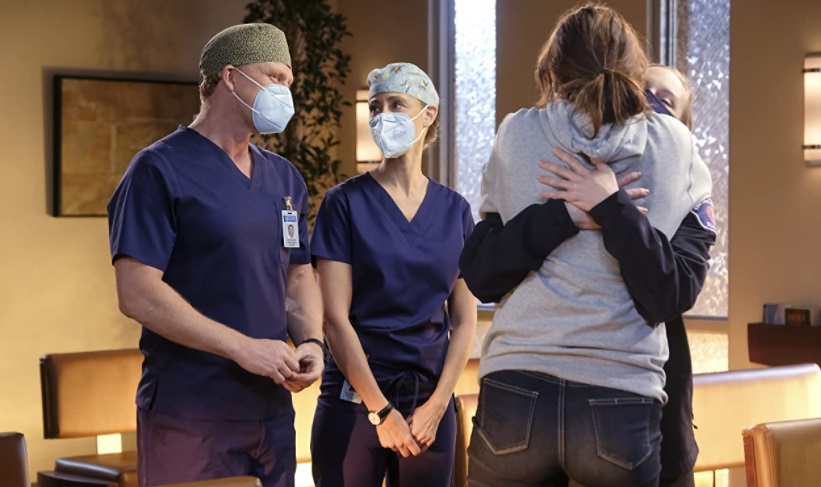 In the hospital chapel, Carina and Maya (Danielle Savre) awaited the end of the surgery and talked about the relationship that the brothers had with their mother before her death. Shortly thereafter, Teddy and Owen will personally report on the success of the DeLuca procedures.

Shortly after the news, Teddy thanks Owen for participating in the surgery, but he is quite cold and rude saying there were no other options. From this moment on, the doctor returns to Tom’s room and the two have a very intense conversation about their relationship.

Even with the focus of the episode being the unfolding of what happened to DeLuca, there was still space to deal with other side stories. One of them is that which occurs with Jo (Camilla Luddington) and Cormac (Richard Flood) who find themselves in a great impasse.

Val (Mackenzie Marsh) had an abdominal pregnancy and her daughter, little Luna, ended up being born premature and without much prospect of survival. However, the patient begged Jo to be able to meet her daughter even though she was in a serious condition. Cormac argued incessantly that the two were unable to visit each other, but Jo eventually gave in. 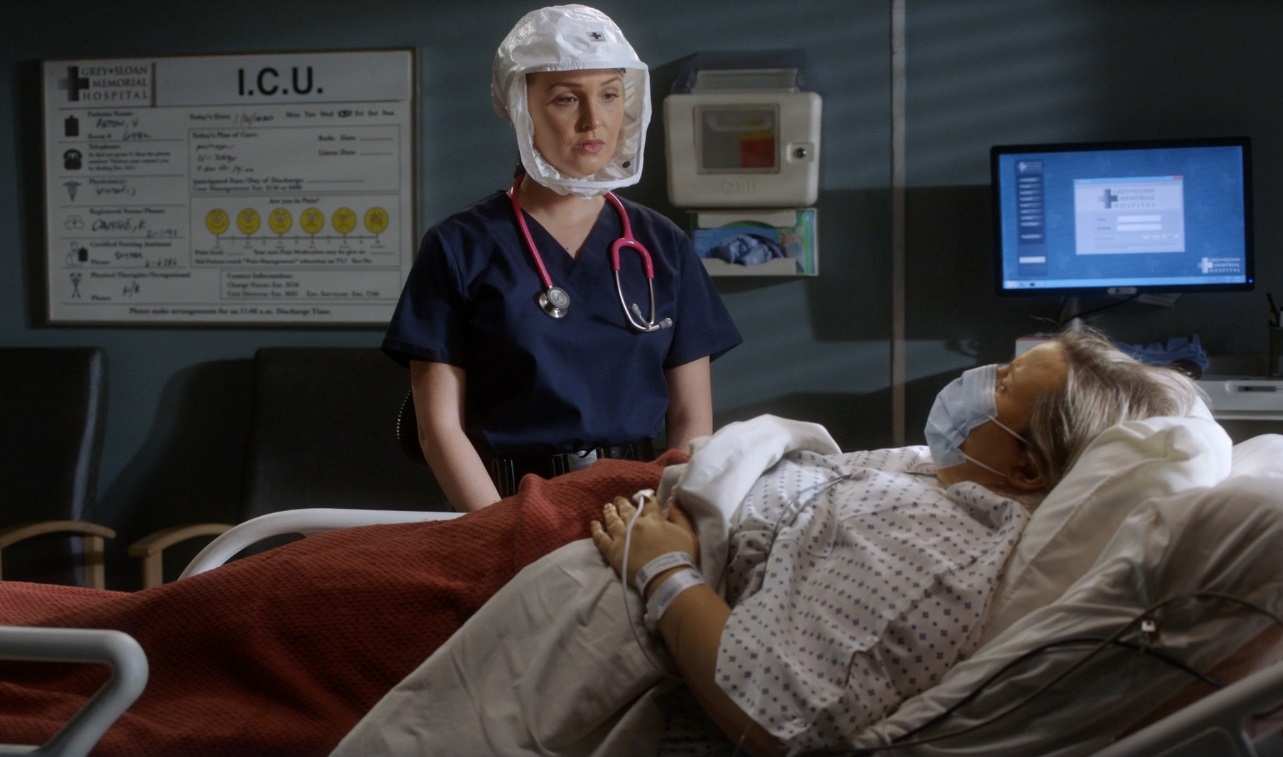 As noble as the doctor’s attitude was, there were still serious risks for both. As the episode progresses, the audience watches Val’s death, which Jo tries to save with all her efforts. When Jo is reunited with little Luna, still intubated, Jo ends up connecting with her in a touching way.

Another secondary arc in the “Helplessly Hoping” narrative is about Zola (Aniela Gumbs), Meredith’s daughter. The child is quite frightened by the mother’s state of health and fears for his life. Everyone around her mobilizes to reassure her, including Maggie (Kelly McCreary) and Jackson (Jesse Williams).

Returning to Gray Sloan, DeLuca’s health is critical and he needs to undergo a new surgical procedure. In this sense, Teddy and Owen return to save their friend and do everything to keep him stable, even without great prospects for success. Khan also participates in the new surgery. 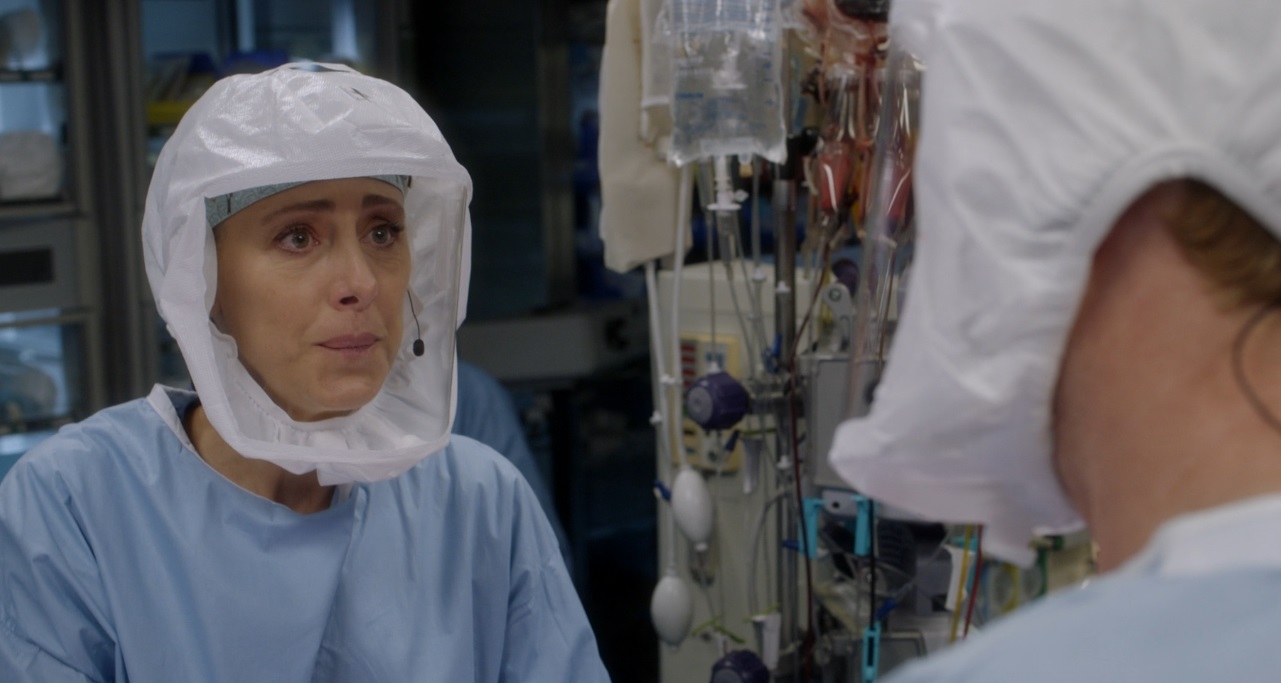 On the beach with Meredith, DeLuca builds a sand castle that, inevitably, is carried away by the tide. The analogy is clear about the character’s death and the things he has unfortunately failed to do throughout his life. Meredith and DeLuca are going to watch the sunset from the beach deck and, at that moment, the doctor receives a visit from his mother in a very emotional scene.

However, back in the operating room, all efforts are unsuccessful. With Teddy and Owen quite shaken by the loss of their friend, Khan remains to declare DeLuca’s death at 10:50 pm.

Don’t miss out! Next Thursday (18), a new episode of Grey’s Anatomy will be aired by ABC.