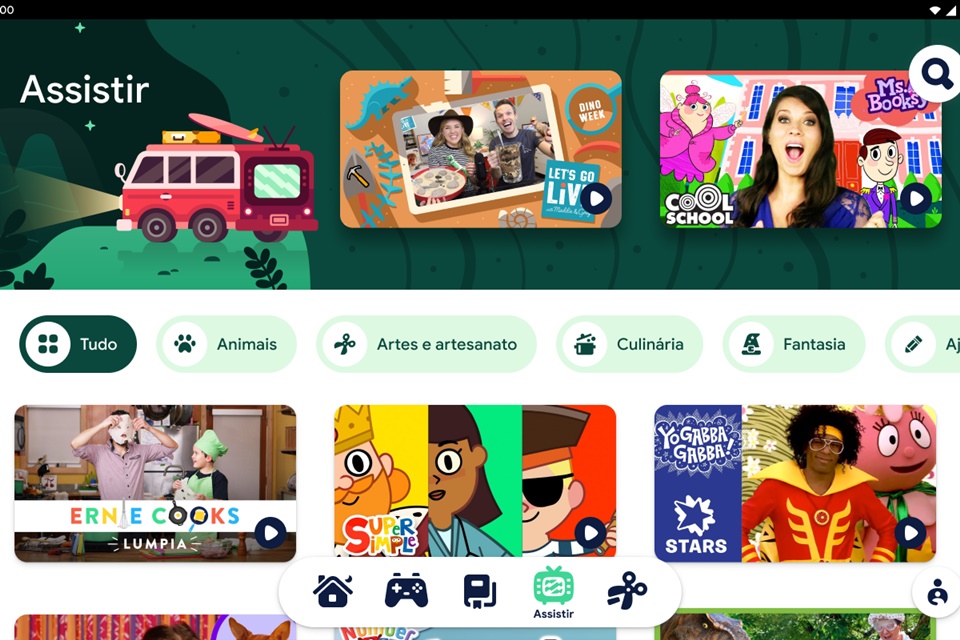 Google announced, on Wednesday (18), the launch of Kids Space in Brazil, a launcher for electronic devices that offers a safe environment for children. The platform arrives in the country installed on the Tablet M8 4G, developed by Multilaser, Google’s partner in the project.

The tablet is already available on the official website of the Brazilian brand and costs from R$999. In the coming days, the product should also reach the main retailers in Brazil.

Google’s tool works as a kind of operating system for the device and offers an entire ecosystem specially developed with a focus on people up to 9 years old. Inside the device will be apps, games, books, videos and other apps that have been evaluated and approved by experts.

Kids Space was launched by Google late last year in the United States. In the country, the technology giant signed partnerships with Lenovo and Walmart to equip tablets made by companies with the program.

Otávio Silva, Global Product Manager for Kids & Families at Google, explained that the technology does not work independently as an application, for example, that can be installed on other devices.

Because of the format, the launcher was written on top of the Android operating system, runs all your security applications and takes care of all the tablet’s features, which gains a special interface aimed at children. And the idea is precisely to offer the child an “environment that she feels is hers”.

Early on, for example, the little one can feature an avatar of their own with various options for clothing, accessories, eye color, hair, eyebrows and skin tones. After configuring the character, minors can customize their use by selecting the content they like the most, including topics such as science, nature, history, literature, vehicles, cuisine and sports.

“In addition to the English and Portuguese options, like almost all Google products, we’ve added a high accessibility bar. So Kids Space can be used with a color contrast for visually impaired children, with TalkBack (Google’s screen reading feature) and later on it will gain even more features”, explained Silva.

Kids Space offers hundreds of content options to entertain and teach children. Among them are games, free books, videos and other apps. The contents are separated by tabs such as Assistir and Fazer (which offers playful and educational activities that link online and offline).

“All the content undergoes a review and a very careful research work that receives the evaluation of parents, regulators, education specialists, children and teachers. The idea is to ensure that the child interacts only with what can be added in some way”, pointed out Bruno Diniz, lead engineer of Google’s Kids & Families team in Brazil. 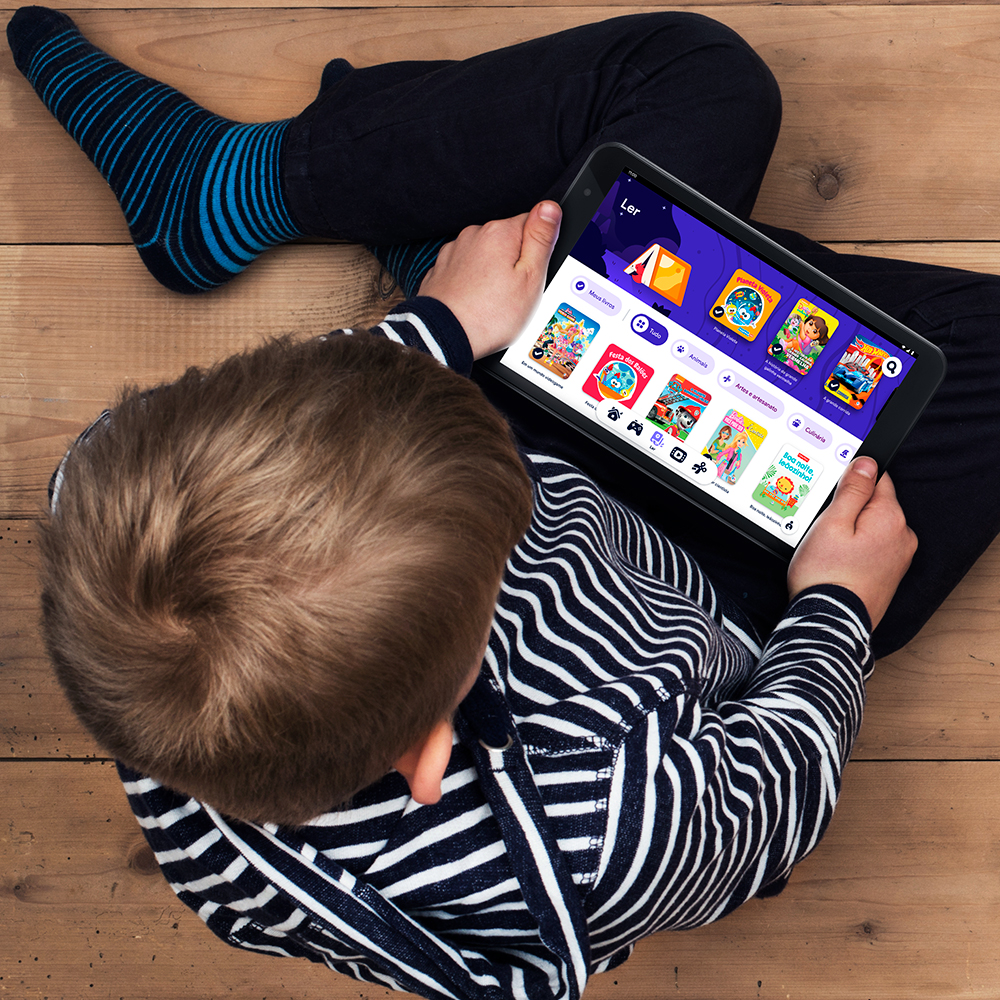 Diniz also stated that despite the promise of “autonomy for the child”, the use of the equipment can be managed by the parents or guardians. Through the Family Link app, adults will be able to set usage time limits, content security filters, privacy controls and more.

The first product to arrive in Brazil with Kids Space installed is the Tablet M8 4G, by Multilaser. The company will launch, later this year, at least another 6 new models between 8 and 10 inches with children’s software mode.

Fabiano Favero, product director at Multilaser, argued that the tablet market grew in Brazil during the pandemic period, making the country the 8th largest device. 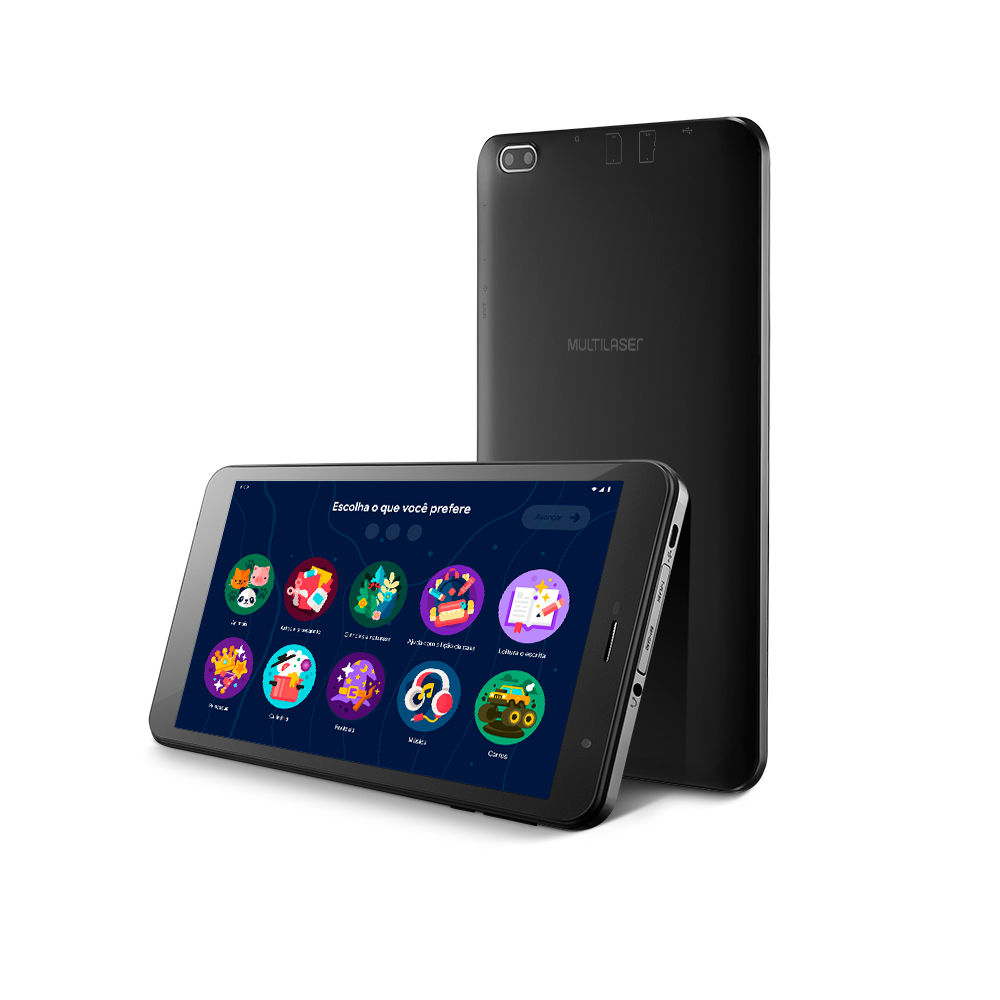 The executive said that the devices have gained popularity because they can deliver entertainment and perform work tasks at a more affordable price than notebooks, for example.

“The objective with Kids Space is also to attract more specific audiences, as we will have models with different price ranges to meet the various demands of Brazilians”, he commented.