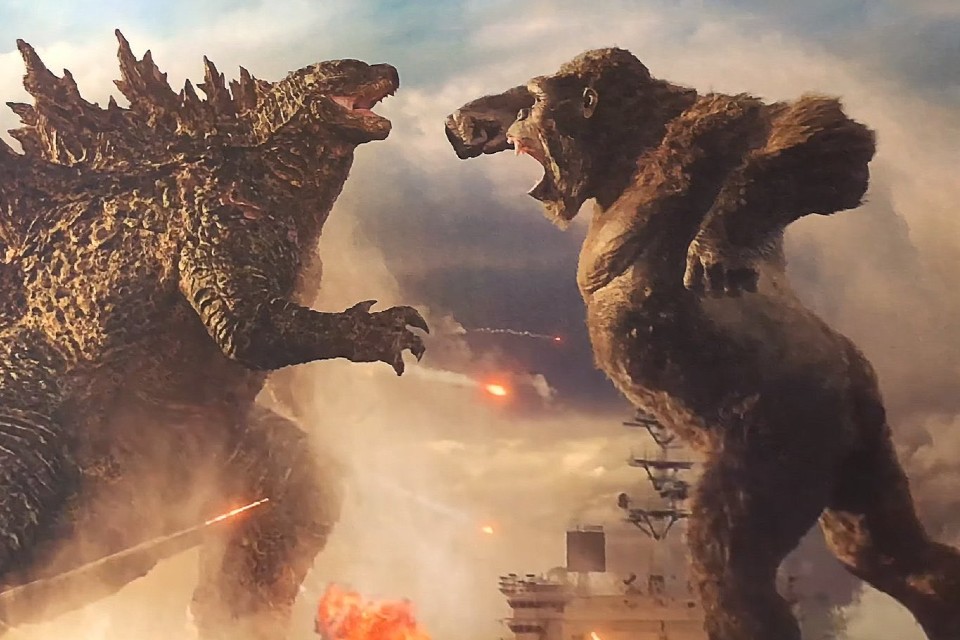 After the film Godzilla vs. Kong received its first trailer, few subjects gained so much attention from the internet when the clash between the two giant monsters! Although they never appeared together in the same official game, King Kong and our eternal Gojira have starred in dozens of games across all generations of consoles!

Today we are going to celebrate some of the best, most important and remarkable games of the monsters, in addition to revisiting other essential classics starring kaijus. So prepare your popcorn and come with us to check out the best of beating among giants!

How the world turns! If Nintendo faced allegations of copyright infringement by Universal when it launched Donkey Kong, the game made by Tigervision brought the Atari 2600 a very clever pickup of the first stage of the emblematic Big N arcade. Despite the lack of originality, the game was considered quite fun at the time, and it was even possible to play alternately with two players!

Godzilla’s first video game appearance took place on the Commodore 64 in an unofficial game made by Code Works. Don’t expect too much action here as, in addition to the obvious technical limitations of the time, this is a strategic war game in which you only take control of the military. The screen shows a map of Japan and you need to use the information to find and kill Godzilla before he destroys Tokyo.

Possibly the most emblematic of all games ever made with monsters, this Midway arcade is the closest we come to living the fantasy of destroying cities by controlling Godzilla and King Kong! It is true that here both the giant gorilla and the giant lizard were conveniently renamed in order to escape lawsuits, but that did not hinder the popularity of the game, which was ported to dozens of consoles in the following generations, in addition to inspiring a film starring by The Rock in 2018!

Inspired by the film King Kong Lives, unfortunately this Konami game was restricted to the Japanese market. In the plot, we take control of King Kong while he searches for Lady Kong, who is being held captive by the military. You need to destroy enemies and scenarios in a camera with a top view, and there are several power ups to collect along the way, with some of them even referring to other company games, such as items straight out of Gradius!

This game was released along with Ikari at Megaton Punch and is also inspired by the film King Kong Lives. At the time, it was more common to see games for different consoles presenting totally different themes and gameplay, and here even the genre changed: in this game Konami preferred to make an RPG and put players in Mitchell’s shoes, exchanging the Famicom’s ceaseless action for a much slower and more paced journey, better suited to the MSX2 audience.

Already having the greatest hardware power of Nintendinho, Toho managed to explore more characters from the universe of Godzilla and put both the King of Monsters and Mothra as playable characters! They need to defend Earth from the threats of Planet X, and the cool thing is that there are several different types of environments to fight the struggles, from jungles and deserts to cities and space zones. You start by managing the pieces on a hexagonal chessboard, and then move on to the action stages to progress, a very different and striking gameplay.

In the early 90s, SNK also tried their luck with kaijus and brought us one of Neo Geo’s most beloved games and arcades! Instead of betting on the 2D gameplay that brought him so much success in his main fighting franchises, here the duel had much more depth and beat ‘em up atmosphere, allowing the creatures to explore the map at will during wrestling between kaijus. Naturally, the characters Geon and Woo are unlicensed clones of Godzilla and King Kong, which helped the game gain even more fame and even inspire a sequel as early as the following year.

Despite following the trend of the generation to prefix Super in the title of the games, here Toho found a good excuse for that, since you control both Godzilla and Super Godzilla, its even more powerful version! The game begins after Ghidora, controlled by aliens, attacks Osaka. We soon discovered that Mechagodzilla is the main antagonist, and it is quite fun to fight here, since the game is not just brainless action. Instead, you need to navigate through two screens until you find the monsters to fight: one shows your actions, the other shows your current location. It was a great rental at the time!

Revisiting the story of Dreamcast, SEGA’s last console, is always a bittersweet experience for fans of the producer, who even tried to appeal to the charisma of Godzilla in its Japanese release. One of the four titles available as soon as the console hit stores, Godzilla Generations ended up not being very well received and fell short of the expected quality standard of SEGA, keeping the game restricted to the Japanese market. Here, you destroy real cities in control of various versions of Godzilla, but the bad controls ended up discouraging fans.

One of the most beloved games in the Godzilla, largely thanks to the PlayStation 2 popularity phenomenon, the sequel to Destroy All Monsters Melee it takes place two years after the events of the original game and maintains the gameplay of its predecessor. The big news here is the online gameplay present in the Xbox version, and the addition of more lightning attacks and terrain variations, including underwater stages!

Full of morals after the film franchise of The Lord of Rings, filmmaker Peter Jackson launched a super blockbuster reimagining the original story of King Kong for a new generation. Interestingly, the official game of the film ended up being much better received than the feature, being often cited as one of the best games inspired by movies!

Michael Ancel, the game’s director, worked in partnership with Jackson to ensure enough aesthetic and thematic fidelity between the works, but what really drew attention were his excellent controls and immersive action, in addition to the phases interspersing the control between human and giant gorilla !

What did you think of our selection of games inspired by Godzilla and King Kong? Which of the two monsters do you think will win in theaters? Share your fans with us in the comments below!