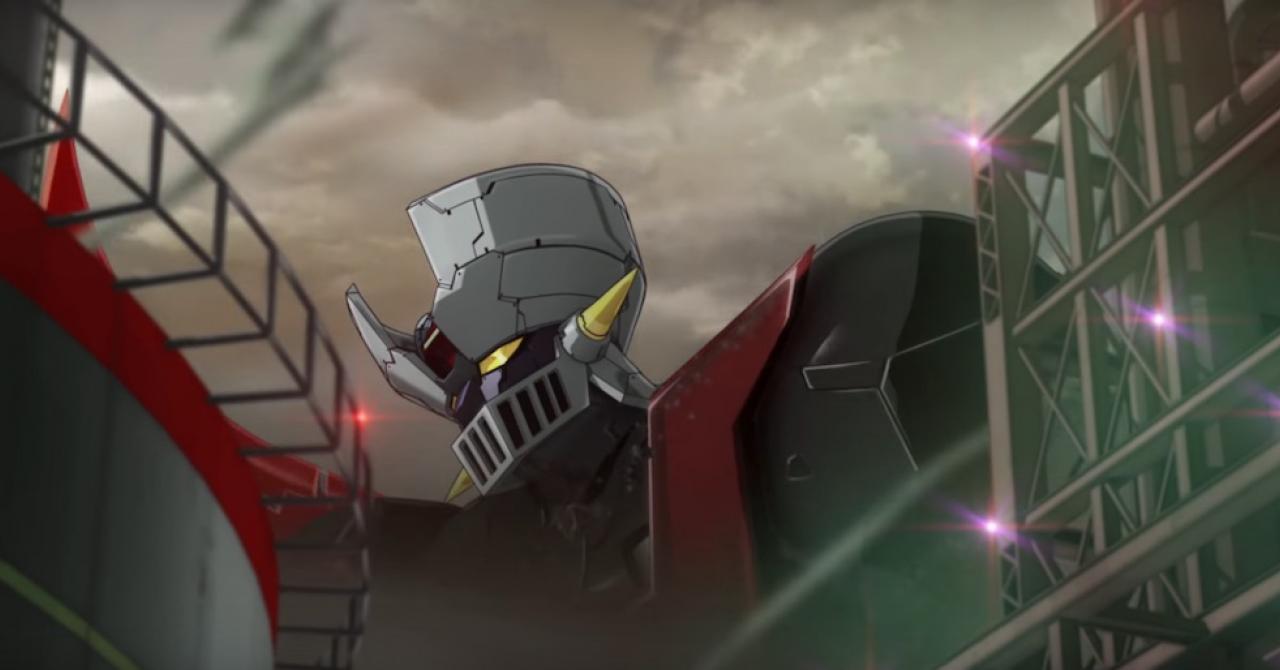 We met the mangaka in Annecy, where he came to present a new version of Mazinger Z.

June 15, 2020 update: The 60th Annecy animation festival starts today, exceptionally online, and will run until June 30. On this occasion, First dive into its archives to share captivating interviews with renowned animators and directors. We start with Gō Nagai, mangaka and creator of Goldorak, met during the festival in 2017. Flashback.

Interview of November 21, 2017: If many in France have fond memories of the adventures of Actarus and his robot Goldorak, only the most passionate know that this is in fact the third animated series inspired by the work of the Japanese Gō Nagai. A saga that started with Mazinger Z, continued with Great mazinger and found its conclusion in UFO Robot Grendizer, a.k.a Goldorak in France. Nagai, a huge mangaka, made the trip this week for the first time to the Annecy Animation Film Festival last June. At 72 years old (he is ten years younger), still dashing in jeans and sneakers, he came to celebrate his 50th career and present the feature film Mazinger Z, both re-reading and following the animated series, on November 22 in theaters.

Whole generations have been marked by your work. What fascinates us so much about this imaginary giant robot driven by human beings?
I think human beings have a deep desire to expand their capabilities. And for me what best expresses this idea is the giant robot. It symbolizes the expansion of Man, greater power, far beyond what we are capable of. I think that’s what fascinates us.

The concept of justice is at the heart of your work. What is so important to you in the figure of the hero, the vigilante?
Again, I think that in the bottom of his heart, the human being desires justice. That’s just what I’m saying. And in Mazinger Z, it was important to me that the characters who represent evil are beings who have nothing real. So no child is going to be bothered at school because they look like the bad guy. It’s symbolic, but important. At the same time, the character of Alcor wants to rule justice and restore what is right. These are the two themes that are really important to me.

You say that you initially had doubts about the mixture of 2D and 3D in this new version of Mazinger Z.
Indeed, I had doubts. In the end, I think it was the right approach. I was afraid that the mixture would go wrong, but when you see the result you don’t feel any discomfort. The hybrid style seems to me to be the one to adopt for new creations, for today’s anime.

How did the process go? We came to pick you up to rekindle the flame Mazinger ?
In fact, I hadn’t worked on animation with Toei for several years. Three years ago, I was told about this project and I was very happy, but above all very curious to see the progress made by Toei Animation. It was a great opportunity. The film took a long time to be made but I am delighted with the result today.

In France, we especially know Goldorak, which is in fact the third animated series of the saga Mazinger. And surprisingly, it was not at all the same success in your homeland … In Japan, it started chronologically with Mazinger Z, then Great mazinger and finally Goldorak. For the Japanese, the novelty of the robot controlled by a human being which is placed at the level of his head arrived with Mazinger Z. Afterwards, the audience got used to it and surely said to themselves that it was the same thing again. It doesn’t mean that one was better than the other, it’s more a question of timing. In France, there was first Goldorak then Mazinger Z, it was complicated for viewers to make the way upside down. To tell you the truth, I hope deep down that when I see the feature film Mazinger Z, the French ask us to do the same with Goldorak !

In Annecy, you met Guillermo Del Toro, who is absolutely a fan of you. Have you seen Pacific Rim and do you think giant robots are viable in movies in live action ?
Yes I saw Pacific Rim and I even wrote a nice little note on it in Guillermo Del Toro’s autograph book! On the question of live action, I believe in it and I would love to try it. But to be realistic, the budgets are not at all the same … In Japan, we could not do it, it would really take a Hollywood budget to succeed. But if Hollywood is interested, why not try…

You have already left a huge legacy, dozens of manga and animated series are inspired by your work, such as Patlabor, Evangelion and so many others. Are you proud of it?
Obviously I’m proud of it! I know that creators have been influenced by my work because they tell me so. But I am convinced that all cultural work is created by accumulation: I was influenced by Osamu Tezuka (Editor’s note: the creator of Astro), and my work inspired the creation of other works, such as Evangelion that you quoted. Any influence leads to new creations. I see it as something extremely positive.

Annecy 2020: vote for the Cristal des Cristal with Première