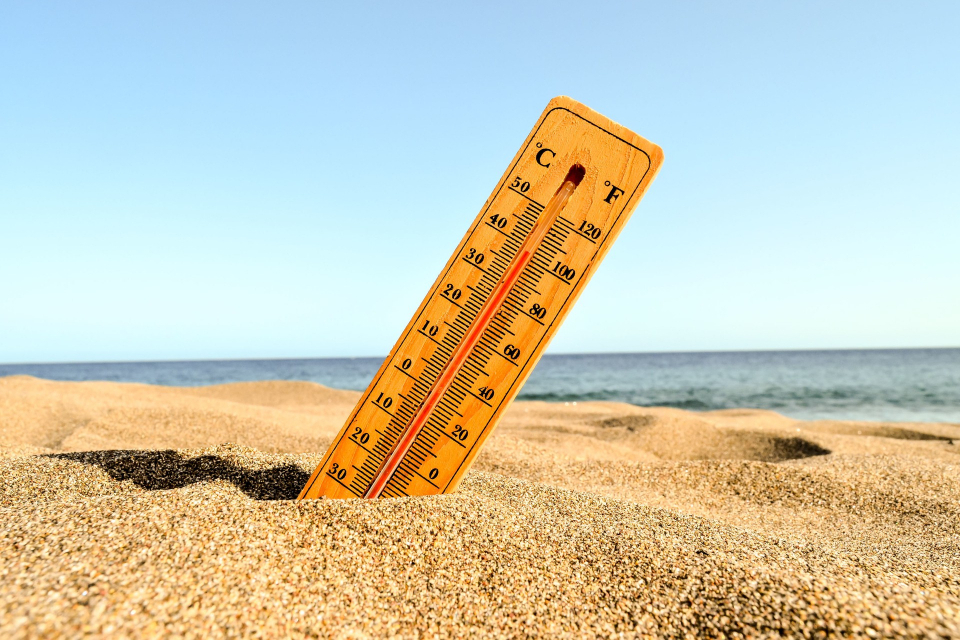 While in Brazil, this week, we registered negative temperatures, very cold and even snow in the mountains of Rio Grande do Sul and Santa Catarina, in the northern hemisphere, the heat is causing great disturbances. In addition to fires and an alarming drought in 11 US states, Canada recorded the highest temperature in its history: 49.6°C in the city of Lytton on June 30th.

It was the third day of consecutive records in a heat wave that has decimated hundreds of people in four days, according to records from British Columbia authorities. In all, 233 deaths were reported between Friday, June 25, and Monday, 28 – about 100 more deaths than average for the period.

Among the disturbances reported in American and Canadian cities are fires, warping asphalt and even streetcar service having to stop in Portland due to melting of the system’s support cables.

On his Twitter account, meteorologist Scott Duncan explained that before this heat wave, the Canadian national record was 45°C, set in July 1937. The record in question was broken last June 27, when thermometers registered 46.6° Ç. And that was just the beginning of the historic heat wave that the country has been going through. On the 29th, the temperatures hit 47.9ºC and, on the 30th, they reached an unbelievable 49.6ºC.

I didn’t think it was possible, not in my lifetime anyway.

This is the story of the Canadian heat record that was crushed on 3 consecutive days by an unfathomable margin of +4.6°C (+8°F).

This moment will be talked about for centuries. pic.twitter.com/Ogkn5KQKBM

According to Duncan, to date there has never been a record of this level of heat in a place so far north of planet Earth – known for its low temperatures. For comparison purposes, in Brazil, a tropical country, the record temperature is 44.7°C – measured in November 2005, in the city of Bom Jesus do Piauí, according to the National Institute of Meteorology.

US President Joe Biden mocked climate deniers, saying in a June 29 White House address that global warming doesn’t exist: “Don’t worry, it’s all imagination,” he said in a mocking tone. . There, cities in the states of Washington and Oregon have also been registering record high temperatures: on Monday, 28, Portland reached 46.1°C and Seattle, 41.6°C, according to the US National Weather Service (NWS ).

Impact of global warming in Brazil

The heat wave in the northern hemisphere is causing movement in social networks here. The user Bruna, from nickname @spicewalls, wrote: “over 30°C in russia, 50°C in canada and 5°C in sao paulo, but of course global warming is just a conspiracy theory” – until the close of this report, the text message it had already been shared 21,300 times, had 1,568 comments and more than 110,000 likes.

over 30°C in russia, 50°C in canada and 5°C in sao paulo, but of course global warming is just a conspiracy theory

Bruna is not alone in the feeling that the world is different, but her statement actually refers to an even broader concept than just global warming: that of climate change, which includes variations in temperature (high and low) , rainfall intensity and extreme weather events such as hurricanes and heat waves – like this one happening in Canada and the United States.

“Climate change is in real time right before our eyes,” said Michael Mann, a professor at Pennsylvania State University and one of the world’s most respected climate scientists, in a recent interview with the BBC. For him, there is no longer any doubt that the changes come largely from human activity – specifically from the emission of large amounts of greenhouse gases, such as CO² and methane, into the atmosphere.

Hundreds of scientific studies carried out over the decades point to the fact that even though it is colder than the average in a specific region – like São Paulo this winter – the world as a whole is, on average, warmer. And the warming of the Earth’s average temperature, if nothing is done, should provoke more and more extreme climatic events, such as the drought that Brazil has been facing, and even more severe winters around here.