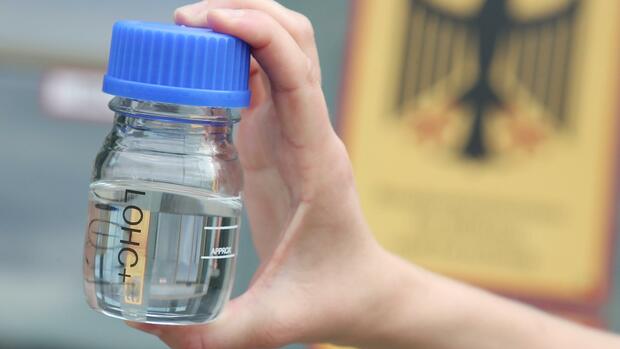 You know this from every city park: If the network of paths that the landscape architects have devised does not meet the wishes and needs of joggers and walkers, they go their own way. It is difficult to forbid these trails, you shouldn’t even try to punish their use.

It could be a similar situation with the federal government’s hydrogen strategy. The strategy outlines the ideal route into the world of hydrogen: Green hydrogen, which is produced using electricity from renewable sources, is touted as the means of choice.

Its production is to be funded with billions of euros. Blue, on the other hand, hydrogen based on natural gas is only mentioned in passing in the strategy: The Federal Government notes that blue hydrogen will play a role in Europe and is at best willing to tolerate its use.

However, many companies in Germany will need and will use blue hydrogen. To do this, they need the certainty that politics will not slow them down. The Federal Government must not ignore this finding. It must by no means put obstacles in the way of using blue hydrogen.

The EU Commission ticks very differently than the federal government: In the first sketches of a hydrogen strategy that are leaking out these days, blue hydrogen is recognized as a viable option.

The EU Commission is also ready to promote the technology of carbon capture and storage (CCS), which is mandatory with blue hydrogen, with financial support. This is unthinkable in Germany.

The German government would be well advised to approach the EU Commission and revise its own position.

Blue hydrogen as an interim solution

Germany’s special energy and climate policy paths in recent years serve as a deterrent example. Germany has repeatedly weakened the European key instrument of climate and energy policy, the emissions trading system, with additional measures and at the same time accepted enormous costs without really making any progress in climate protection. The Renewable Energy Sources Act, which has been far too expensive for years, and the coal phase-out are two examples of this.

So now Germany wants to choose the green hydrogen variant on its way to the hydrogen age and leave the abbreviation over blue hydrogen aside. This is not only the most expensive of all possible options; the concept should also make the chemical and steel industry pay attention.

Companies are urgently dependent on climate-friendly hydrogen to convert their processes, which are still harmful to the climate. It is illusory to assume that green hydrogen could be used in the foreseeable future.

The corresponding expansion potential for renewable energies is lacking in Germany. Therefore, the rescue should come from abroad. But the hydrogen partnerships promoted by the federal government are nothing more than a pious wish.

So that no misunderstandings arise: Blue hydrogen is only a temporary solution. It is produced on the basis of natural gas using steam reformation, the CO2 released in the process is separated and stored underground.

If it is described by its supporters as CO2-neutral, it is quite euphemistic. Because in the entire process chain – from natural gas production to CO2 storage – CO2 is released. And the CCS technology is controversial.

Nevertheless, blue hydrogen shows the way forward. In just a few years, it could be produced on a scale that justified the establishment of a hydrogen infrastructure consisting of lines and storage.

Sadly, green hydrogen will only be available in homeopathic doses towards the end of the decade, for which the establishment of a comprehensive infrastructure would in no way be worthwhile.

If both hydrogen variants were treated equally, the infrastructure could be designed with blue hydrogen, which would then be gradually replaced by green hydrogen.

In other countries – especially in Norway and the Netherlands – there are no common reservations about blue hydrogen in Germany. Norway is on the verge of rolling out the issue on a large scale and also supplying German steel and chemical companies with blue hydrogen.

The Norwegians can also point out that they have been practicing CCS technology on a large scale for over two decades. They have long had the blessing of Norwegian climate protectionists and can demonstrate a largely trouble-free application of the technology.

The German government must resist the temptation to discriminate against the use of blue hydrogen. It can be done easily. For example, when it comes to the details of regulation. Should the addition of blue hydrogen to the gas network be accepted at all?

Should synthetic fuels that are produced on the basis of blue hydrogen be counted towards the quota regulation for kerosene that the federal government is aiming for? The series could continue. German special routes would become a mortgage for Europe’s departure into the hydrogen economy.

More: Savior or illusion? The potential of hydrogen in the fact check