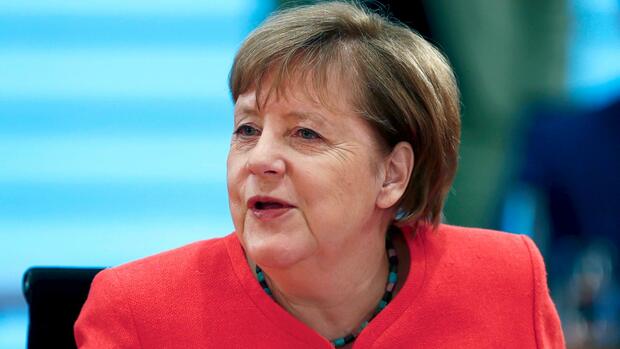 Berlin In view of the unprecedented challenge posed by the corona pandemic, according to Chancellor Angela Merkel (CDU), Germany must not only think of itself in Europe. Rather, one had to be ready for an “extraordinary act of solidarity” during these times, Merkel told the Süddeutsche Zeitung and five other European newspapers immediately before the start of the German EU Council Presidency on July 1st. She called on the EU to “maintain the strong European single market and act as one in the world”.

Merkel defended the reconstruction fund launched by Germany and France. In a crisis like this, you have to do what is necessary, “and in this case what is necessary is something extraordinary.” Germany could afford a higher level of debt with its low debt rate.

It is in Germany’s interest that the internal market is strong, Europe is growing together and not falling apart. “What is good for Europe was and is good for us.” However, you should not ask the question of existence too often, but do your work.

EU members have high expectations of Merkel and the Federal Government – especially in the negotiations on the 750 billion euro aid fund and the medium-term financial plan of 1.1 billion euros so far. “For Europe to exist, its economy must also exist.”

After the financial and euro crisis and the migration crisis in 2015, Europe was “not yet sufficiently crisis-resistant,” warned Merkel. The reconstruction fund cannot replace the members’ own economic performance. The debate should also not be overwhelmed, for example with the desire to change contracts or the right to create taxes.

Merkel for Calvino as the head of the Euro Group

The Chancellor also spoke in the interview for Spain’s Minister of Economic Affairs Nadia Calvino as the new head of the Eurogroup. “It is no secret that Nadia Calvino is a candidate who also has support from the German government,” said Merkel. “But the final decision has to be made by the Eurogroup. I am also always happy when women get a leading political position. There was no woman at the helm of the Eurogroup. “

In addition to Calvino, Irish Finance Minister Paschal Donohoe and his Luxembourg counterpart, Pierre Gramegna, are also in the running. The chair of the Eurogroup organizes the monthly consultations of the finance ministers of the 19 Euro countries and explores compromises.

The 51-year-old Spanish economist Calvino is a social democrat and former director general for the EU Commission’s joint budget. She has been Minister of Economy since mid-2018 and represents her country in the Eurogroup.

At the same time, Merkel affirmed that the federal government would have to further increase the defense budget. “In Germany, we know that we have to spend more on defense, and we’ve achieved significant increases in recent years and will continue to do so for our military capabilities.”

Europe must also play a larger role than in the Cold War. “We grew up knowing that the United States wanted to be a world power. If the US should now voluntarily say goodbye to the role, we would have to think very fundamentally, ”she said of the future transatlantic relationship.

Trump announced on Monday that it would withdraw around 9,500 soldiers from Germany and reduce the troop quota to 25,000. He accused the federal government of failing to meet its NATO commitments and spending too little on defense. The Democrats in the US Congress submitted a bill to prevent troop withdrawals.

The Chancellor answered the questions of the newspaper association “Europe”, which in addition to the “Süddeutsche Zeitung” “La Stampa” (Italy), “La Vanguardia” (Spain), “Le Monde” (France), “Polityka” (Poland) and Belong to “The Guardian” (Great Britain).

More: The third largest euro country depends on the funds from the new EU fund. So far, however, the necessary plans for the billions have been lacking.