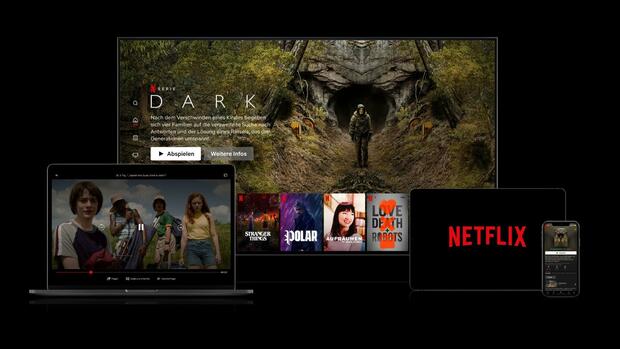 San Francisco This morning Kelly Luegenbiehl wrote an actress on the series “3%”. The science fiction series from Brazil, launched in 2016, is entering its fourth season on Netflix, which is also a success for Luegenbiehl. “It was the first global series of successes that we never expected,” said the vice president for original international productions at Netflix.

“Dark”, on the other hand, is no longer an insider tip. This Saturday, the mystery series about a group of young people in the fictional town of Winden enters the third and final season. In 2018, “Dark” was the first German Netflix production. The attribution “German” is only half true – at least as far as the fans of the series are concerned.

93 percent of the viewers of the second season came from countries other than Germany, the first had been 90 percent, as Netflix explains to the Handelsblatt. The series was particularly popular in Poland and Chile. In Japan 75 percent watched the series in German, in South Korea even 90 percent – then mostly with subtitles.

“A good story will find its audience,” says Luegenbiehl. That was never the case on linear television, it was always a national matter. Cultural exports worked almost only one-sidedly, from the USA to the rest of the world.

German series such as “Derrick” or “Alarm for Cobra 11”, which were successful abroad, were exceptions. Show formats like “Schlag den Raab” were licensed across borders, but were always newly produced with local moderators.

“The more local, the more global”

Netflix, on the other hand, is betting that global television is possible and that nobody has really tried it yet. Driven by the corona pandemic, Netflix’s market valuation has risen to more than $ 200 billion, and soon the streaming service Disney could leave the world’s most valuable entertainment company.

But the giant has to assert itself against local competitors such as RTL and Pro7, Sky and RAI. From Germany to India, from Argentina to Eritrea, Netflix must simultaneously attract subscribers, meet tastes, scout talent and feel the pulse of society, while local broadcasters only have to do so in their respective markets.

Luegenbiehl’s recipe for successful international series sounds paradoxical: “The more local a series is, the more global it is.” A substance must be specific and authentic.

The Italian series “Baby” doesn’t just play in Rome, but in a certain neighborhood of the rich quarter Parioli. For the German mini-series “Unorthodox”, which started in March, a rabbi was commissioned as a consultant to ensure the actors’ loyalty to a special Yiddish dialect.

According to Netflix, the series was particularly popular in Israel, but also in Argentina and Chile. The German crime film “Kidnapping Stella” with “Fack ju Göthe” star Jella Haase also had a particularly large number of fans in Latin America, in Colombia and in Mexico.

Media researcher Amanda Lotz has been watching the internationalization of the California streaming pioneer for years. “Netflix has found taste clusters in its user data that exist beyond national borders,” says the professor at Queensland University in Australia.

The German series Dark is particularly popular in Chile.

Netflix’s content strategy was “full of inner contradictions”. On the one hand, critics would unloved world stars like Adam Sandler or action blockbusters like “Extraction” would be produced. On the other hand, Netflix relies on genres and talents that the TV mainstream of the respective country tends to ignore. “It’s classic television, but rotated 45 degrees,” says Lotz.

This can be clearly seen in the series from Germany: “We know that Germans like crime novels,” says Luegenbiehl. “Dark” begins as a crime thriller and then turns out to be science fiction – a genre that German television makers have avoided since “Raumpatrouille Orion”.

The series’ ensembles are often a mixture of well-known actors such as Bjärne Mädel or Fahri Yardim and newcomers.

Another example of this strategy is the comedy series “How To Sell Drugs Online Fast”. The genre is established in Germany, but the makers of the series were not. The Cologne “Bild- und Tonfabrik” had previously made a name for itself as the production company of satirist Jan Böhmermann’s late night show “Neo Magazin Royale”.

Next up: stand-up and vocal shows from Germany

“It was a risk to place the order with a company that had never produced scripted shows,” says Luegenbiehl. So far, it seems to be worth it: The series was the most successful German on Netflix in 2019, according to the streaming service. Outside the German-speaking countries, she is particularly successful in Turkey and Italy.

Netflix’s different business model forces the service to try different content. “Netflix has to bind subscribers and offer them something they can’t find anywhere else,” says communications professor Lotz. Ad-financed channels or streaming services would always have to meet the average taste, Netflix had to connect mainstream and niche.

“How to sell drugs online almost”

The series from the image and sound factory was internationally the most successful series from Germany in 2019.

After several successes in the series and the “Dogs of Berlin” gangster series torn by critics – for which Netflix does not publish any figures – the company is now expanding its focus. With stand-up comedy specials and a music show “Sing On”, Netflix wants to test this year how non-fictional content from Germany is received in the world.

Others don’t have to: Netflix released a show with Frank Elstner in June. In “Wetten, That’s it …?”, The 78-year-old entertainer conducts intimate interviews with German stars. The moderator and the guest selection actually made the format so local that Luegenbiehl does not expect many viewers from Chile or Colombia.

“Outside of Germany, the show will probably not be a success, but that’s enough,” says the Netflix vice president. “The market is big enough.”

More: Disney attacks Netflix: what the Germans are streaming in the corona crisis.