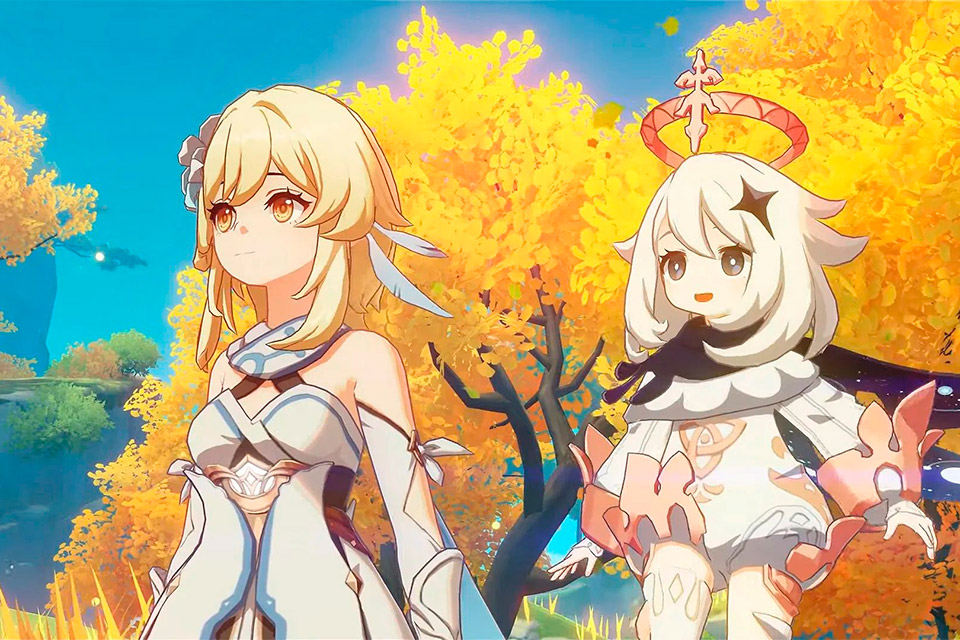 Launched last year, the free game Genshin Impact has a billionaire income and has conquered a legion of fans. With vibe of Legend of Zelda Breath of the Wild and full of charismatic characters, the game is successful on the platforms where it is available.

Currently, miHoYo’s title can be played on PS4, PC, Android and iOS phones, in addition to having confirmed versions for Nintendo Switch and PS5. In addition to arriving on more platforms in the future, Genshin Impact it also continues to gain new content.

The free game will receive update 1.5 on April 28, 2021 and some leaks already show news that we will have in the update. According to information taken from the beta, players can expect epic battles against bosses and new characters, including Yanfei and Eula.

How to run Genshin Impact on PC

If you want to enter the growing world of Genshin Impact playing on the PC, know that the game is not too heavy. Even with jaw-dropping graphics, the game from the Chinese studio MiHoYo has friendly requirements on the computer, as you can see below:

If your computer meets the specifications listed above, Genshin Impact it can be run smoothly on your machine. For those who own a notebook of modest configurations, it is also possible to play by making adjustments. 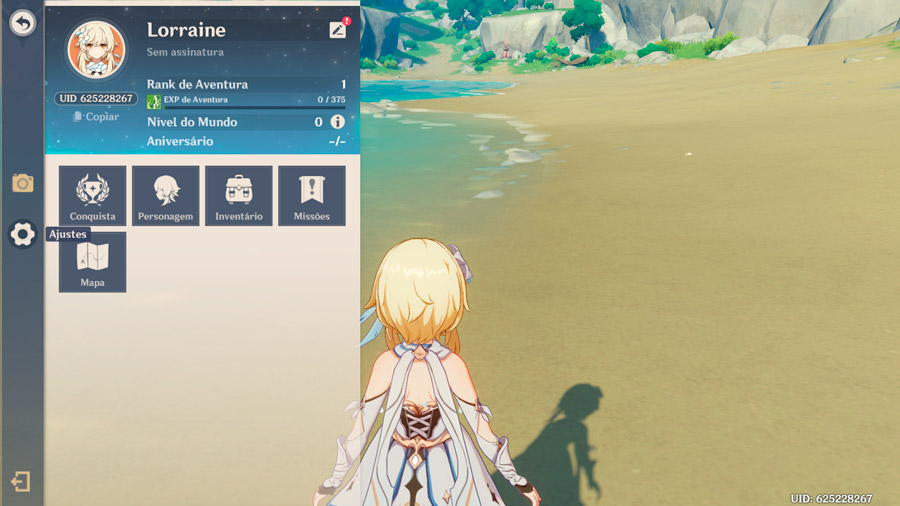 Genshin Impact allows you to configure the graphics within the game by clicking Esc.Source: Mateus Mognon

According to tests carried out on notebooks, the free game even works on laptops with the latest integrated graphics, but the look is better on a dedicated graphics card. In addition, the tip is to run Genshin Impact on a CPU with at least four cores to ensure an acceptable frame rate.

How to improve the performance of Genshin Impact on my PC?

If your computer is not running Genshin Impact satisfactorily, there are some adjustments that can help improve the game’s performance on the computer. Check below for tips on how to configure the game to achieve a more stable gaming experience, but sacrificing the graphic quality.

One way to improve the performance of Genshin Impact is changing the resolution of the game. In the graphics menu inside the game, click in Display Mode and opt for lower qualities, choosing a 16: 9 standard to ensure a more satisfying experience on notebook screens or conventional monitors.

Some resolutions that can help improve performance and ensure an optimal aspect ratio are 1600 x 900 px, 1366 x 768 px and 1080 x 720 px. If the performance is still poor, lower the resolution even further for better results. The game will be in windowed mode, but you can force the full screen by clicking Alt + Enter.

Menu that allows you to configure resolution and quality before opening the gameSource: Mateus Mognon / Screenshot

The resolution can also be configured before the game is opened in a secret menu. To do this, hold Shift by clicking “Start Game” in the launcher. The option also allows you to activate the lower graphics (Fastest) before the game starts, which can be useful for weak systems and with difficulty opening Genshin Impact.

In addition to the resolution, another way to optimize the game is to level the graph depending on your hardware. In addition to being able to set the lowest preset with the secret menu shown above, it is also possible to make this setting more easily within the game by clicking on Esc and opening the flap Settings.

In “Graphics Quality”, set all parameters to “Average”. If the game is still not running well, use the “Low” option and, in the worst case, “Very low”. 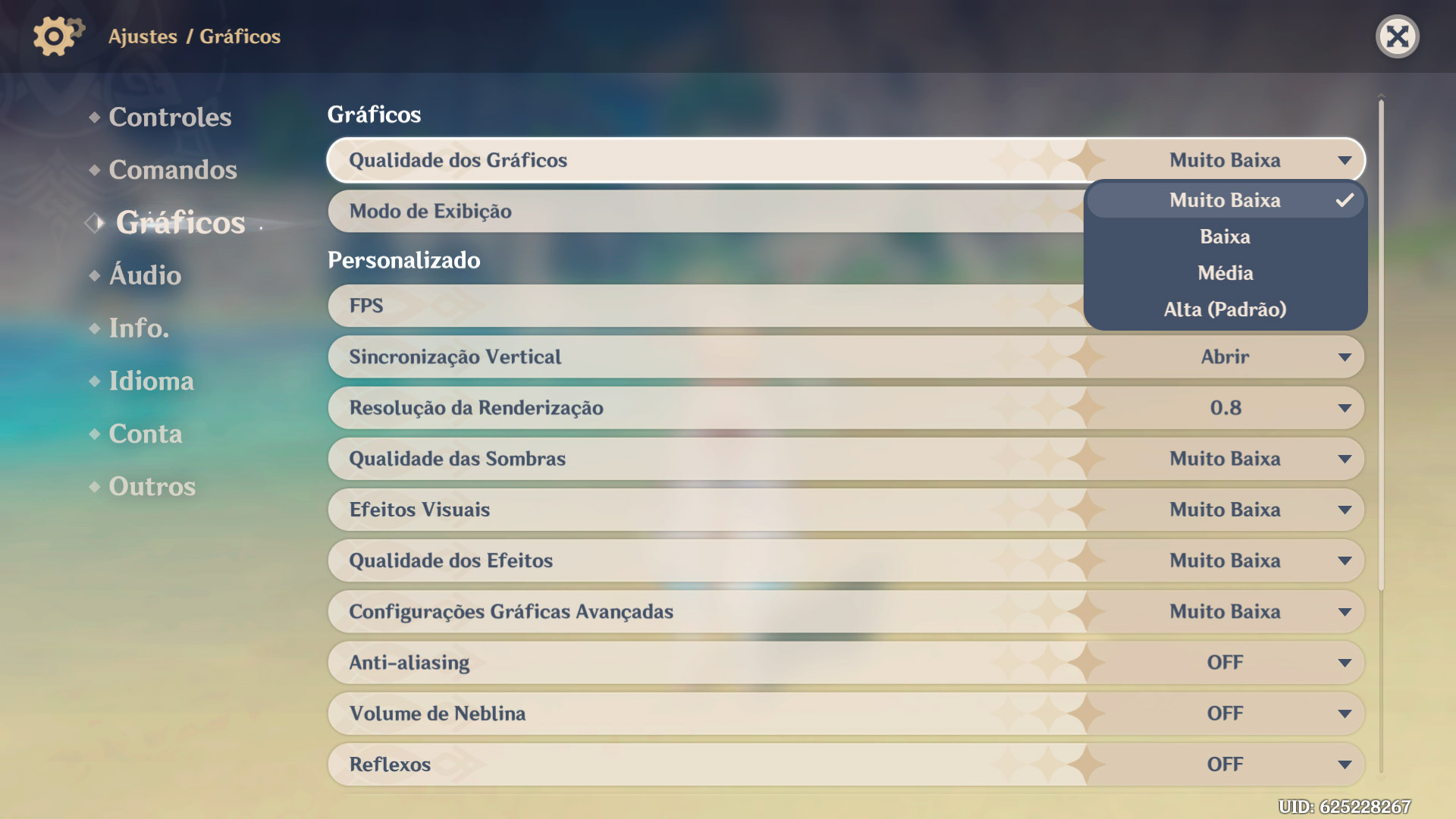 With the “Very Low” quality, all the main graphics filters that weigh in the game will be disabled, ensuring less work for your computer. If the image is very bad, the tip is to activate only a few visual technologies to improve the quality.

One of the filters that makes a big difference is the anti-aliasing, which improves the contours of the textures of objects and characters in the game. The function can be activated in TAA mode, less demanding graphically, and SSAA, which needs more performance.

If your computer still has performance to spare, give preference to 60 frames per second in the FPS option. If you are looking for a more polished look, increase the quality of Visual Effects and the quality of the effects, which also make a difference in the look.