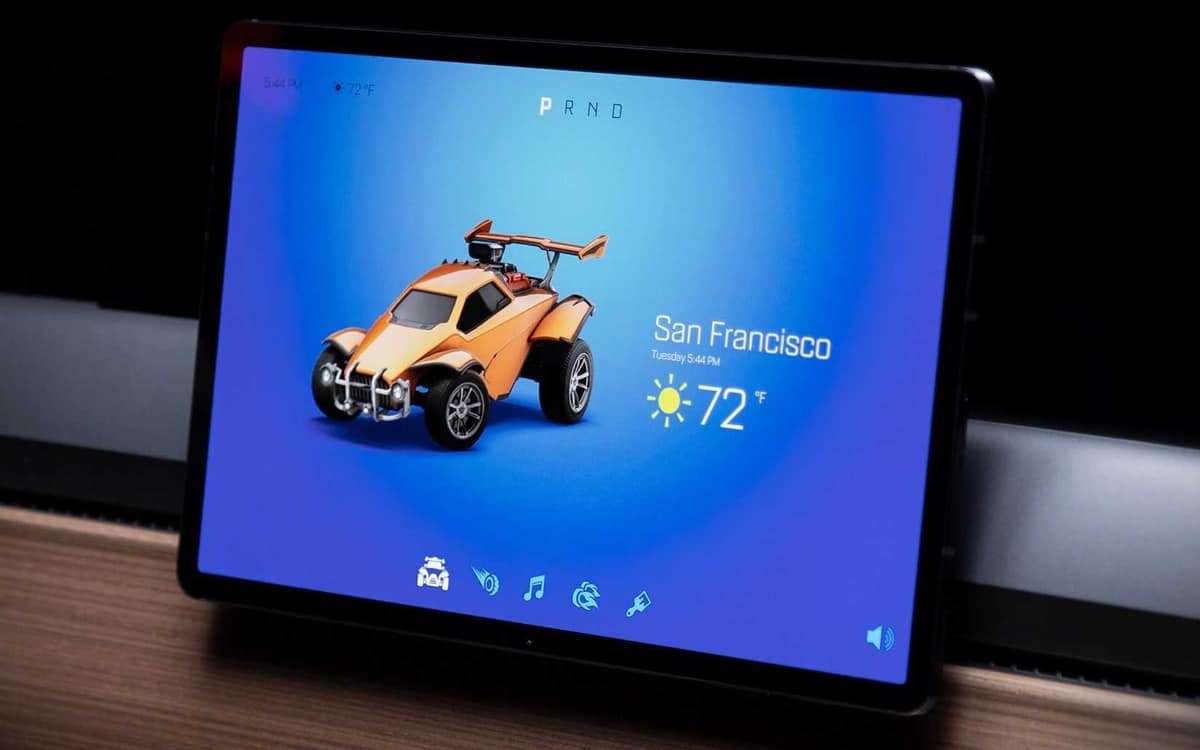 The GMC Hummer EV, General Motors’ first electric hummer, features an exclusive software interface based on the Unreal Engine from Epic Games. In partnership with the developer of Fortnite, the American car manufacturer has indeed developed a fluid, efficient and fast interface for its future connected cars. By example, the ignition of the dashboard promises to be almost instantaneous!

Last July, General Motors proudly announced the arrival of a 100% electric version of its iconic Hummer. Intended to overshadow Tesla’s Cybertruck, the new GMC Hummer EV is powered by an engine torque of 15,590 Nm and a GM-designed ultium battery. On the performance side, the car promises to go from 0 to 100 km / h in 3 seconds.

Today we are learning a little more about the software embedded by the hummer’s on-board computer. In a blog post, Epic Games explains that it helped General Motors develop an interface based on Unreal Engine, its proprietary video game development engine. This is the first time that a dedicated vehicle interface has been based on the development platform behind Fortnite. As a reminder, many ultra popular video game licenses rely on the engine. This is particularly the case of Bioshock, Batman Arkham, Assassin’s Creed, Gears of War, Rainbow Six, Borderlands, Darksiders, Injustice and Resident Evil.

On the same subject: General Motors wants to compete with Tesla with an overpowering battery: 200 kWh and 650 km of range

According to Epic Games, Unreal Engine is also an excellent development engine for software intended for the dashboards of a connected car. “The way you interact with the vehicle is different from a few years ago. Buttons and displays dominate the dashboard, steering wheel and instrument panel, offering new functionality ” details Epic Games.

By using Unreal Engine, the largest and most widely used game engine among video game studios, software interface developers can also save time, Epic Games argues. Indeed, the engine allows both develop interfaces for cars, smartphones or tablets. Developers are no longer forced to code from A to Z a new experience for the Android / iOS mobile application that accompanies General Motors cars.

That’s not all. Using Unreal Engine also has advantages for the hummer operator, emphasizes the firm. For example, in-car touch screens can start up much faster. Concretely, the Unreal Engine allows developers not to launch all sections of the interface simultaneously during startup. When switching on, the dashboard will instead launch the different parts of the software successively, starting with the essential sections. Ultimately, the start is almost instantaneous. “Content that is not required at startup can be loaded after initial startup, further reducing launch time” sums up Epic Games.

Finally, the Unreal Engine will allow the dashboard screens to display in real time ultra realistic renderings of the state of the various components of the hummer, such as internal parts (engine, etc.). Clearly, Epic Games promises renderings and visual effects close to those of a video game developed with Unreal Engine.

Tim Sweeney’s firm sees connected cars as a “Framework on which to build new experiences”. With the advent of self-driving cars, Epic Games believes that vehicle interiors will soon be dedicated to leisure, and no longer to driving. In this context, the Fortnite developer is already imagining a catalog of video games directly integrated into the dashboards. “What if a car brand offered its own games that only the drivers of its cars can access?” slides Epic Games. Likewise, Tesla is already integrating the RainwayApp PC game streaming application and a chess game into its electric cars.

General Motors will unveil the GMC Hummer EV ata conference scheduled for October 20, 2020. What do you think of Epic Games’ announcement? Will the development engine behind Fortnite revolutionize the car dashboard in the years to come? We await your opinion in the comments.