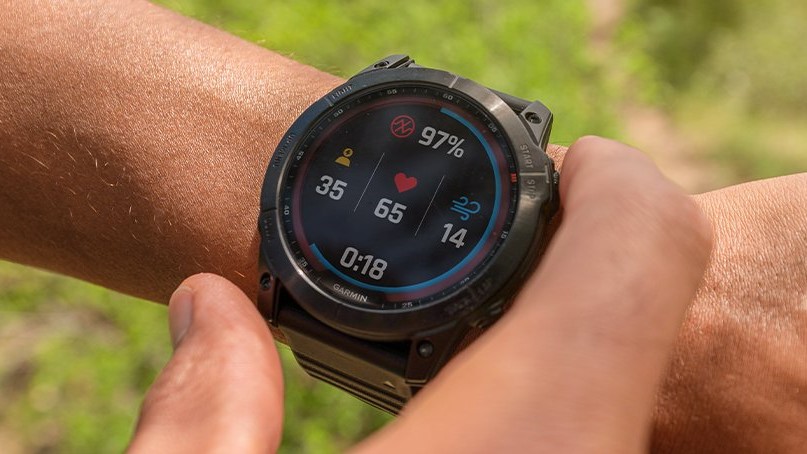 Garmin has finally revealed the next-generation enhancements to the Garmin Fenix ​​7 lineup — smartwatches focused on fitness tracking. In addition to showing the reformulated models in different sizes, with GPS, solar recharge and battery of up to 24 days, the manufacturer also presented the updated version of the Epix, whose screen is always on.

The new Fenix ​​7 will be available in three different sizes: the smallest Fenix ​​7S, with a 42mm crown, the medium Fenix ​​7, with 47mm, and the largest of all Fenix ​​7X, with 51mm. The first two versions will be made from a fiber-reinforced polymer, but the manufacturer will also release special Solar and Sapphire Solar editions for all watches.

In the case of the Fenix ​​7X, only the Solar and Sapphire Solar editions will hit the market. These versions will be constructed in titanium and will have a sapphire screen to increase the durability of the product. Models in the Solar line will also have solar charging — a feature that is much sought after by practitioners of outdoor sports.

Compared to 2019’s Fenix ​​6X Pro, all three Fenix ​​7 models guarantee 54% more sun detection area. In other words, the battery life of the new smartwatches should be considerably longer. According to Garmin, with GPS turned on, the Fenix ​​7X can run for up to 578 hours on solar charging. In detail, autonomy of each version looks like this:

Also according to Garmin, the Fenix ​​7 will support all major satellite systems, in addition to the L5 signal frequency, which offers more accuracy in “challenging GPS environments”. The smartwatches will also feature controls via both the touchscreen and physical buttons, as well as a white or red LED flashlight to aid athletes’ visibility at night.

On the software side, the Fenix ​​7 will be equipped with an energy meter capable of measuring the physical wear performed at different levels of effort. There will also be a feature called Up Ahead, which will inform the user of the location of health posts, elevations along the way, water shops and other points of interest along the way.

In addition to the Fenix ​​7, Garmin also introduced the new 47mm Epix. The smartwatch is almost identical to the Fenix ​​7, but with some differences. In this model, the display uses an OLED panel and is always on and there is no LED lamp, nor solar charging. For the rest, all other features are present, such as physical buttons, touch screen and power meter.

Garmin reports that the Epix works for up to 16 days on a single charge, and it can hold up to six straight days of use with the screen always on. The watch is available in three different colors, with the metal edition priced at $899.99 and the titanium black and white versions priced at $999.99.

With information: The Verge, Android Authority.