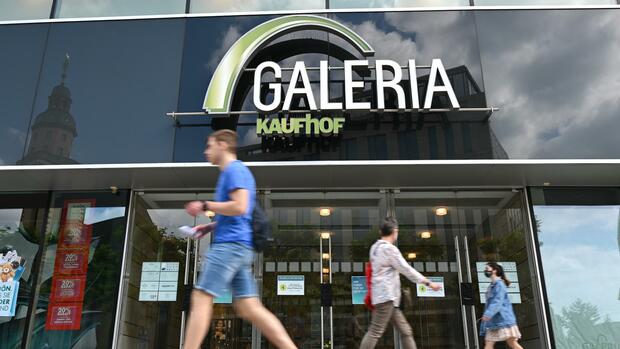 Dusseldorf It was tough poker to the last minute. But on the night of Friday the last contracts between the employee representatives and the management of Galeria Karstadt Kaufhof were signed – and thus sealed the fate of thousands of employees.

The plan includes the closure of initially 62 out of 172 branches and two so-called bargain centers. The company said there was no prospect of economic continuation for them. The employees should be informed in company meetings today which houses are affected.

“The effects of the unpredictable corona crisis and the officially ordered week-long closings of the stores are forcing us all to make this painful cut,” said Arndt Geiwitz, the company’s general representative, arguing the toughest turning point in the long and varied history of the department store group. The situation had become more and more acute because only a few customers returned after the reopening and sales were far below expectations.

“We know what this means for the employees concerned,” said Geiwitz. But this step is without an alternative, because these branches endanger the entire existence of the company. “Ultimately, it is about securing the company and thus many thousands of jobs,” he made clear the seriousness of the situation.

Negotiations at the subsidiary Karstadt Sports are running separately and have not yet been concluded. There, too, it will amount to branch closures. There are a number of 20 locations in the room that are to stand before the end.

The renovation expert Geiwitz, whom the owner Signa has appointed as general representative, is the central figure in future planning. The department store chain Galeria Karstadt Kaufhof has been in protective shield proceedings pursuant to Section 207b of insolvency law since April 1. This means that it is temporarily protected from creditors’ claims, which slows down the outflow of liquidity in the current crisis.

Negotiations with landlords are still ongoing

Geiwitz has until the end of June, together with Frank Kebekus, the administrator appointed by the court, to prepare a recovery plan for self-administered bankruptcy. They are supported by the management under Miguel Müllenbach and Guido Mager. The agreement now found is to be presented to the Creditors’ Committee on Monday.

The core of this restructuring concept is a social plan and a reconciliation of interests, which management has now agreed on with the general works council and the Verdi union. This also includes a transfer company for the approximately 6,000 employees who have to leave the company. The management’s original demands to cut an additional ten percent of the positions in the remaining houses have thus been removed from the table for the time being.

The so-called integration collective agreement, which was concluded after the merger of Karstadt and Kaufhof and which applied until the corona crisis, came into force again on July 1 for employees who were allowed to stay. This means that these employees must also make a financial contribution to saving the company.

However, it is by no means certain that 62 department stores will remain closed. Negotiations with landlords about a reduction in rents are still ongoing – and they are reported to be very tough, despite the evidently dire situation. Depending on the course of the negotiations, other houses could be on the brink. At times there was even talk of the possible closure of 80 houses.

The administrator Kebekus also confirmed that not all questions have yet been clarified. “I expressly welcome the agreement reached in the area of ​​employees,” he said, but added meaningfully: “Now we still have to find a satisfactory solution with the landlords in a timely manner.”

Situation difficult even before the corona crisis

Because one thing is clear: Even if the situation had worsened again in recent months, Galeria Karstadt Kaufhof was in an economically difficult situation long before the corona crisis. Management obviously wants to use the protective shield procedure to free itself from numerous contaminated sites and significantly reduce the cost base.

After Karstadt and Kaufhof merged in 2019, the then CEO Stephan Fanderl admitted in an interview with the Handelsblatt that Kaufhof alone had accumulated a loss of 600 million euros in the past four years. In the meantime, Fanderl has left the company after a dispute with Signa owner René Benko.

And the situation at Karstadt, which has already gone through a tough restructuring course in recent years, was anything but rosy. Only in the 2016/17 financial year did the company show a small profit after a long loss phase – but also thanks to special factors. Last year, Karstadt also reported a loss of 78 million euros again.

Nevertheless, the company was still confident at the end of 2019 that it would achieve a return on sales of two to three percent by 2023, as Fanderl said at the time. And owner Benko, after taking over Kaufhof from the Canadian HBC group, also announced: “We are fighting for every branch.”

But at the latest the corona crisis put an end to all dreams. From March 18, the department stores were largely closed, only a few food and drugstore departments were allowed to remain open. The company put the resulting loss of sales at 80 million euros per week.

In order to conserve liquidity, the company had used all options to reduce costs before applying for the protective shield procedure. It applied for short-time work for the majority of the employees and unilaterally extended the payment term for the suppliers by 30 days.

It also informed all landlords that it would temporarily suspend rental payments for all properties used. How tight the situation is for Galeria is shown by the fact that the company even stopped paying rent for the company’s headquarters in Essen.

More: Separation in the dispute – Why Karstadt refurbisher Stephan Fanderl had to leave the department store