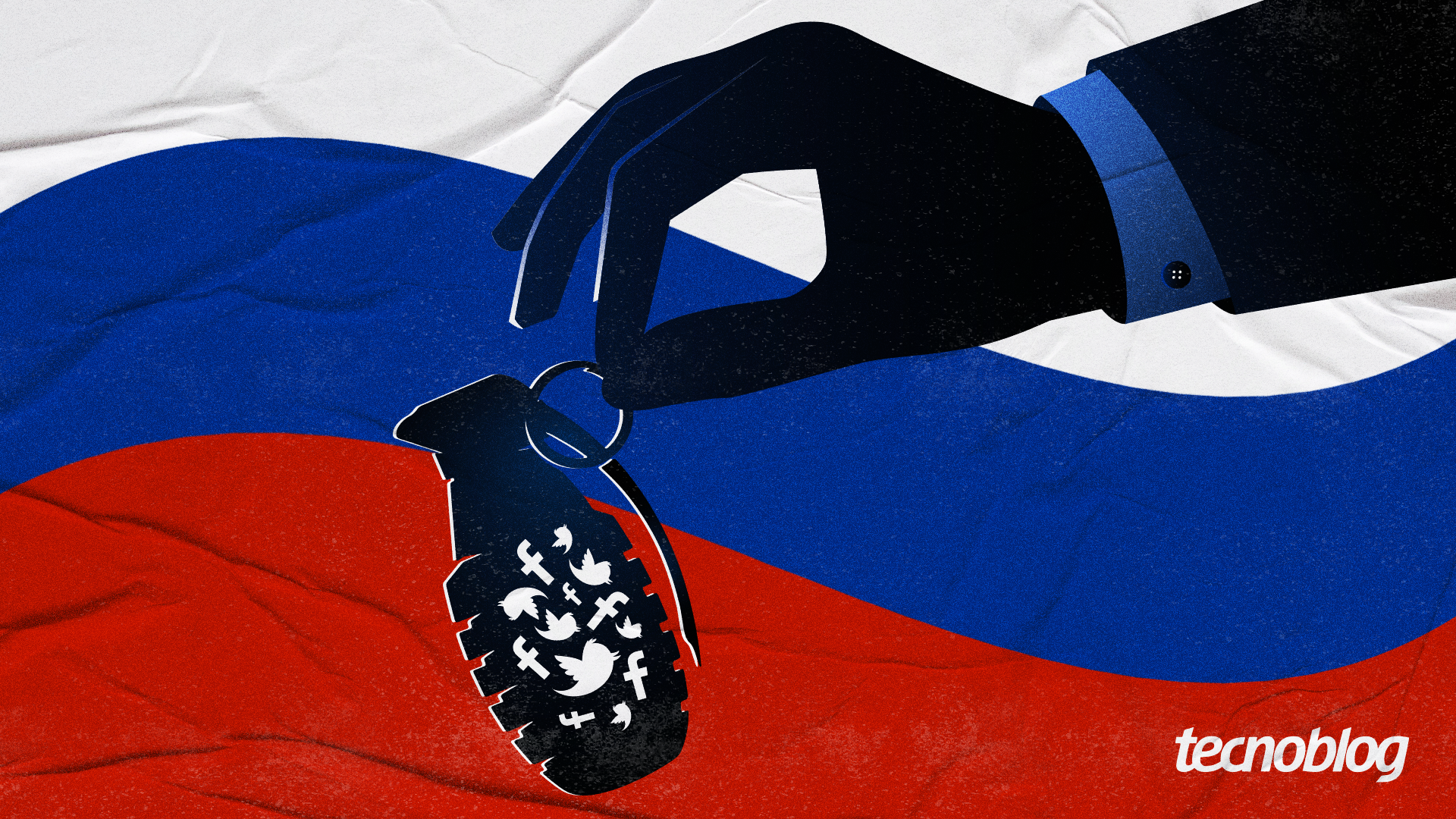 On July 17, 2014, Malaysia Airlines flight MH17 was shot down while flying over eastern Ukraine, close to the Russian border. The area was experiencing clashes between Ukrainian forces and separatist rebels. While information about the tragedy was scarce, Russia prepared another type of attack: flooding social networks with false information about the episode. The consequences last to this day—and the tactics, too.

Years later, an investigation by Dutch authorities would conclude that the Boeing 777 — which had departed with 298 occupants from Amsterdam bound for Kuala Lumpur, Malaysia — had been shot down by a Buk missile fired from territory controlled by pro-Russian separatists.

In the first days, however, there was a great doubt where the shot had come from. On the networks, a series of trolls hired by Russia tried to blame the neighboring country, showing that the use of technology as a weapon goes beyond traditional cyberattacks carried out by the country.

Two Dutch journalists, Robert van der Noordaa and Coen van de Ven, did extensive research on the subject. The information was published in 2019 in the magazine The Green Amsterdammer.

In the first 24 hours after MH17 went down, the IRA posted a minimum of 65,000 tweets. Most of the messages were in Russian and blamed the Kiev government for the disaster. From the 17th to the 19th of July 2014, there were more than 111 thousand publications.

The two journalists say this was the highest number of tweets published by the group in such a short period of time. The IRA also had an influence on the US elections in 2016. For comparison, in the 10 weeks before the election, there were 175,000 tweets.

The morning after MH17 crashed, three hashtags on social media were aimed at the Kiev government. Posts were not replicated among trolls, but written individually. The campaign also involved posts on LiveJournal, a platform widely used in Russia. The links were later shared on social media.

One of these posts said that an alleged Spanish flight controller by the name of Carlos worked in Kiev and had identified two fighter jets close to MH17. The story was a fraud, but it was even quoted by President Vladimir Putin in an interview with filmmaker Oliver Stone.

The Russian government has denied involvement in the disaster from the start. Moscow accused Ukraine of shooting down the plane using an SU-25 fighter jet. Another theory proposed by Russia was that the Buk missile belonged to Kiev.

The Dutch investigation overturned these hypotheses, but the damage was already done.

Conspiracy theories continue to this day

Joost Niemoller, who has a very influential profile on Dutch Twitter, accused the country’s prime minister of making a deal with Kiev to cover up the truth about flight MH17.

Thierry Baudet, leader of the conservative FvD party, questioned the investigation and said Ukraine was to blame.

Kees van der Pijl, a former professor at the University of Sussex, said the country had reasons to shoot down the plane: lure Moscow into a war and count on NATO intervention. He even attended a conference with Viktor Ivanov, a longtime ally of Vladimir Putin.

Conspiracy theories went beyond the Netherlands. In 2015, Donald Trump, then a candidate for the US presidency, said that Russia was not to blame in the episode, questioning the Dutch investigation.

As conspiracy theory expert Jelle van Buuren says, no matter how absurd they are, they always reappear and are impossible to get rid of.

Air disaster campaign was only part of the operation

The MH17 flight disaster was an episode in the context of the war between Russia and Ukraine. The clash began in February 2014, shortly after a series of protests in Ukraine toppled then-President Viktor Yanukovych, seen by Moscow as an ally.

In Donbas, a region in the east of the country that includes Donetsk and Luhansk, pro-Russian separatists and Ukrainian forces have clashed. This is where the Malaysia Airlines Boeing 777 crashed.

Another focus of the confrontation was in Crimea. The peninsula in southern Ukraine was annexed by Russia between February and March 2014, in an operation involving movements on social media.

According to a 2017 report in the American newspaper The Washington Postin the six days that followed Yanukovych’s fall, spies linked to the Russian international intelligence agency GRU created fake profiles on Facebook and VKontakte, a social network widely used in the country.

The purpose of these accounts was to impersonate ordinary people in Ukraine who were disillusioned by opposition protests. These profiles left disapproving comments about events on foreign news pages. They said the demonstrations had been taken over by armed nationalists and fascists.

The action didn’t stop there. Other fakes posted physical threats to allies of the ousted president, as a way of simulating the radicalism of revolutionaries — an accusation often made by Russia.

In addition, GRU officials created groups on Facebook and VKontakte to encourage the Crimean population to support Ukraine’s secession. One of the ways to obtain this support was to circulate the information that the peninsula was under threat from Nazi organizations.

Another way to influence public opinion was to show an image of Russian soldiers who participated in the invasion of Crimea with children, the elderly and even pets.

Since 2014, a lot has changed. One tool that has come to be used against lies, fake news and disinformation is fact checking — but even it is not immune.

A report by the investigative journalism agency ProPublica shows that, in recent weeks, Russia has been using the fact-checking format to disseminate its narrative about the conflict in Ukraine.

The article reports that Russian officials release videos to deny montages that were allegedly circulating among Ukrainians.

In one of these cases, two cuts are displayed in sequence. The first would be attributed to a Russian attack on the city of Kharkiv. The second cut would demonstrate that it is, however, an explosion at an arms depot in 2017.

The thing is, these supposedly fake videos are not circulating. That is, Russia itself has been manufacturing fake videos to accuse Ukraine of spreading disinformation.

“It’s the first time I’ve seen what could be called a false flag disinformation operation,” says Patrick Warren, a professor at Clemson University. False flag is the name given to actions committed by an agent and falsely assigned to an enemy.

Researchers at Clemson University and the ProPublica identified more than a dozen videos that claim to debunk Ukrainian fake news, but these fake news apparently do not exist. Reverse searches don’t find the videos that were allegedly manipulated — only the ones that try to disprove them.

To date, these fake verifications have already reached over a million views on pro-Russian channels on Telegram, as well as thousands of likes and retweets on Twitter. The country’s state TV and government accounts on social media help promote this content.

A ProPublica does not ignore that there are, yes, fake videos about the war. But the checks coming from Russia almost always make reference to parts that did not circulate on the networks.

Furthermore, there is evidence that fake videos and verifications are being produced using the same file as a basis. This is what the metadata analyzed by Clemson’s researchers point out.

“The metadata located on some videos clearly shows that they were created after duplicating a single file and editing it,” explains Darren Linvill, a professor at the university. “Whoever did this created the fake video and the debunking video at the same time.”

The goal, Warren explains, is to plant doubts in the Russian public (and in other Russian-speaking countries) by watching videos of the war, such as destruction caused by missiles and air strikes.

But the effects go beyond the internet, as Joan Donovan, director of research at the Shorenstein Center at Harvard University, explains. The fake verifications don’t have to spread to fulfill their purpose — they can be cited at any time by Russian media as proof that there is a disinformation campaign being orchestrated by Kiev.

War is also disputed in the narratives.