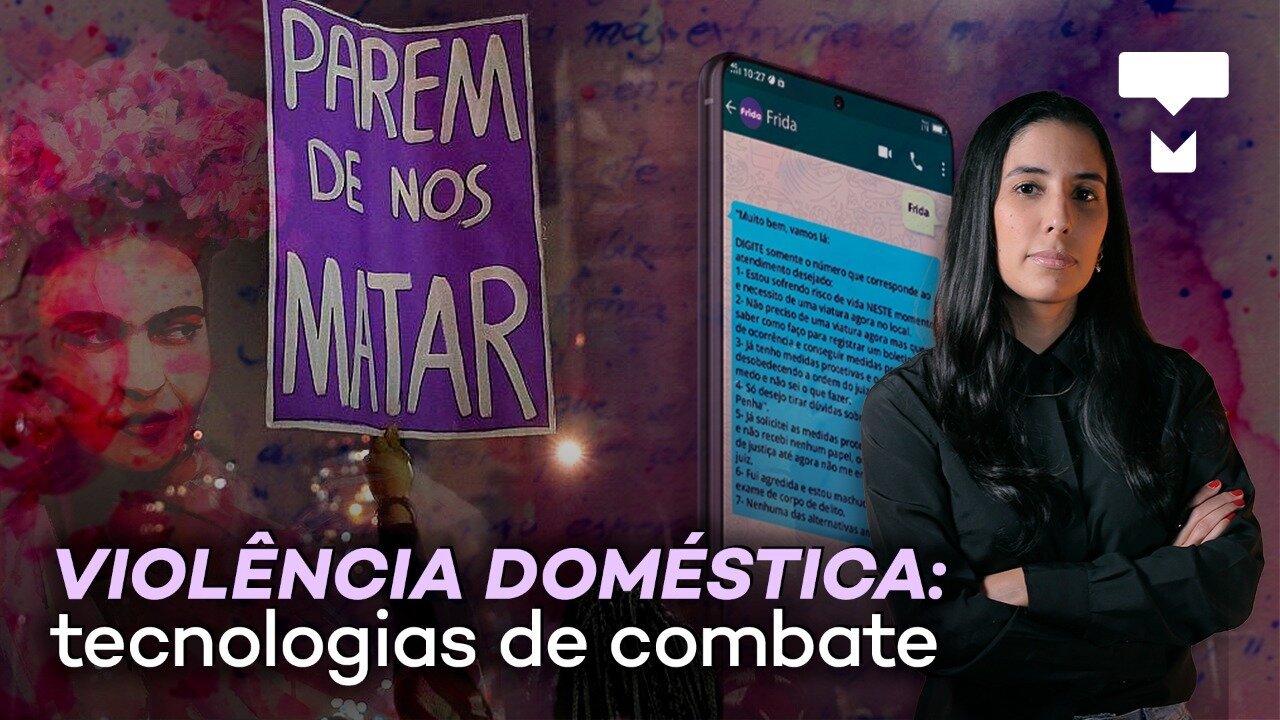 One in four women over the age of 16 was a victim of some type of violence in the pandemic in Brazil. A Datafolha survey showed that 17 million women (or 24.4%) suffered physical, psychological or sexual violence in the last year.

Analyzing the numbers, it is possible to find an increase in aggressions that happen at home: they went from 42% to 48.8%. In 2019, the Datafolha survey showed that the perpetrator, in most cases, was classified as a “neighbor”. Today that story has changed.

In 2021, the “neighbor” fell behind classifications such as father, brother, stepfather, son and even mother, sister, stepmother and daughter. This problem needs to be addressed and, fortunately, some initiatives are using technology to support victims. One of them is called Frida, a virtual assistant who works 24 hours a day and assists, welcomes and directs victims of domestic violence.

Before we talk about technological solutions, we need to delve a little deeper into the data to understand the dimension of domestic violence in Brazil. Datafolha’s research, called “Visible and Invisible: the victimization of women in Brazil”, indicates that the most dangerous place for women is the home. Also, that the proportion of victims is higher among black women and
young.

The data show that the section of greatest suffering is still found in women between 16 and 24 years old. When we talk about black women, this number reaches 28% of reports with aggression. About the aggressors, 73% of them are close to the victims. Husbands or boyfriends occupy first place, ex-husbands or ex-boyfriends come next, followed by fathers, stepfathers and mothers.

To the EBC portal, researcher Amanda Pimentel, one of the authors of the study, said that the data reveal that violence against women maintains old patterns, but aggravated by the coronavirus pandemic. In addition, Pimentel also comments that the health crisis has made it difficult to deal with violence against women, because the longer contact with the aggressors, the loss of family income and greater isolation distance women from their protection networks.

Where to go for help

In Brazil, the Ministry of Women, Family and Human Rights even pointed out this problem at times, although it was not enough. Even so, the existence of the League 180, a public utility service for combating violence against women. In addition to receiving allegations of violations against women, the center forwards the content of the reports to Organs competent bodies and monitors the progress of the processes.

At Call 180, it is still possible to obtain information about women’s rights, the current legislation on the subject and the service and reception network for women in vulnerable situations. It is also possible to receive assistance via Telegram, according to the government. Just access the application, type in the search “DireitosHumanosBrasil” and send a message to the Women’s Service Center team.

The Brazilian Public Security Forum also analyzed data related to cases of domestic violence. While the Forum makes it clear that the social isolation measures taken in the pandemic were more than necessary, it points out that this situation has as a possible side effect perverse consequences for the thousands of Brazilian women in situations of domestic violence, as they are not only they are forced to remain at home with their aggressors, but they may also face even more barriers in accessing women’s protection networks and reporting channels.

A virtual assistant in the fight against domestic violence

From moral and sexual harassment to femicide, several dimensions of gender violence mark the
experience the lives of women of all ages in the country. Therefore, the TechWorld sought to shed light on this theme with Frida’s help.

Frida is a virtual assistant who provides immediate assistance to the victim – accepting the complaint, clarifying doubts, carrying out a preliminary risk assessment and calling the police in situations of flagrante delicto or risk, including sending a vehicle. In addition, it screens what the victim needs, offering counseling and scheduling a time for the victim to go to the
police station to take protective measures.

Frida was created by civil police officer Ana Rosa Campos, historian Camila Holz and psychologists Raiane Ferreira and Sarah Assis. The name brings with it the story of Frida Kahlo, born
in Coyocán, Mexico, in 1907. Frida was an artist who valued popular culture, adopting the clothing, symbols and imagery of Mexican women.

His life was tough, facing polio at the age of six, which left as a consequence a thinner and shorter leg, and an accident, at age 18, when he was on a tram. frida
she was seriously injured and had to remain immobilized in bed for more than three months, when she adopted painting as a means of expression to overcome her loneliness and the perception of her fragility. Frida Kahlo was one of the great artists of the 20th century influencing the world to this day.

According to the women behind the initiative, despite the advance in legislation that pursues and punishes the aggressors, the victims still face a tortuous and long path to be heard: the difficulties range from the lack of structure, such as specialized police stations, qualified teams and opening hours. restricted care, even the control often exercised by the aggressor over the victim, which can be emotional and financial.

In rural areas, these factors are exacerbated by distance and social tolerance for domestic violence. Resources are sparse and demand and urgency are intense.

Building the infrastructure to care for victims and qualifying the workforce to deal with sensitive cases is a long process, but women need immediate help.

With all this information in hand, Ana Rosa, Camila, Raiane and Sarah decided to give life to Frida. Today, the technological initiative was implemented in the cities of Manhuaçu and Governador Valadares, in Minas Gerais.

Frida has proven effective in its objective and has the potential to expand to other locations and inspire other police stations specialized in serving women, as its operating cost is low.

According to the creators, Frida is a solution made by and for women who show solidarity with the
suffering and understand the difficulty that exists in the search for communication and help for friends who live abusive relationships.

As we saw at the beginning of the video, the data is extremely alarming, but still, unfortunately, we cannot rely solely on public initiatives to deal with such problems.
serious about domestic violence.

Therefore, projects like Frida are extremely important for victims to feel welcomed and have a safe environment to receive the support they need and to speak openly about the topic. This is just one more example of how technology can be applied to more humanize relationships and actually help other people.