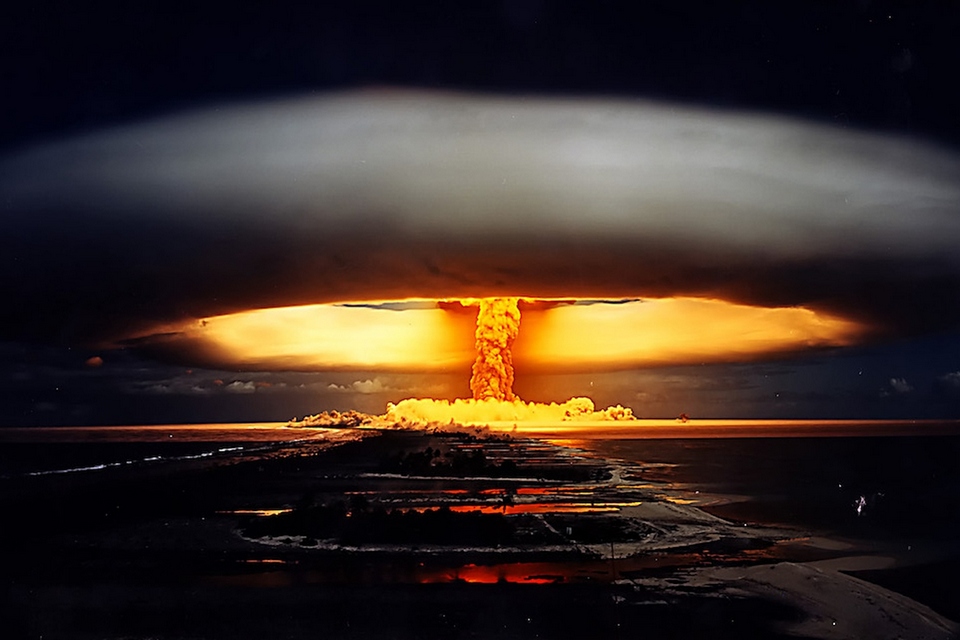 “Everyone knew what was going on – except the Polynesians.” The sentence, given by the physicist at Princeton University Sébastien Philippe, summarizes the content of thousands of documents on the nuclear tests that France carried out between 1966 and 1974 in French Polynesia.

A reanalysis of the documents made public in 2013 showed that the French government both underestimated the amount of radiation that spread through the archipelago and how many people were affected – people who never knew how contaminated the islands would become.

For almost a decade, the French military program has tested 41 nuclear bombs in overseas territory, composed of 118 islands and atolls. Contrary to what the French government has always said, the tests have never been safe for residents of the region.

Documents (which are now part of what is called Moruroa Files, or Moruroa Archives) revealed that 90% of the 125,000 Polynesians were exposed to radioactive fallout (ten times more than estimated by the French government) and at much higher levels than reported.

A single bomb, called Centaure and detonated in 1974, it launched over the entire population of Tahiti (at the time, inhabited by 87,000 people) a cloud of nuclear waste. Scientists involved in the project predicted (wrongly) that the nuclear mushroom would rise eight kilometers and head north.

But the radioactive fallout zone, after the explosion reached just five kilometers in height, extended to the west, sweeping the islands inhabited for the next 48 – and no one was warned.

The French Atomic Energy Commission (CEA) estimated that the dose received by each Polynesian was about 0.6 millisievert (1 mSv corresponds to ten chest X-rays), but did not include the remaining radiation that was deposited on the ground in the account. , in water, in vegetables – everywhere.

“The documents suggest that the actual exposures were two to 20 times greater than the French government’s estimates,” said Philippe.

Only the first test, called Aldebarán, launched a highly toxic cloud over the inhabitants of the Gambier Islands – behind it came the contaminated rain that fell on the archipelago for two days, filling the dams and cisterns with radiation.

There is a law in France that determines financial compensation for the inhabitants of French Polynesia who developed cancer due to nuclear tests. In 2010, a law was passed that allowed anyone exposed to radioactive fallout in Polynesia or Algeria (another French nuclear test field) to be compensated if one of the 23 types of radiation-associated cancers, such as cancer, was proven thyroid.

The law, however, established the so-called “presumption of causality”, that is, if the applicant for compensation was a smoker, for example, he would lose the right to compensation (radiation was considered an “insignificant risk factor”). By 2017, 97% of claims were rejected (1,008 out of 1,039).

In 2018, the rule fell, and only people exposed to more than 1 mSv are eligible for the repair request, which raised the number of approvals to 50% of the requests.

Philippe and the co-author of the work, historian Sonya Schoenberger of Stanford University, believe that France should, regardless of any level of radiation, “compensate those who survived the tests and developed cancer due to radiation”

The Princeton physicist estimated that about 10,000 people would qualify retroactively to receive compensation – an account that could reach € 700 million now, and another € 24 million a year to compensate future cancer victims.

So far, the French government has not spoken. “My fear is that they just ignore everything,” said physicist Emlyn Hughes of Columbia University.