Apple TV+ is bringing to the screen one of the most classic and respected works by writer Isaac Asimov, Foundation. The new series came to streaming on Sept. 24 — with the first two episodes airing — and is adapted from the eponymous book saga, originally released in 1942.

The new Apple project is quite ambitious and is set to span 8 seasons. However, even based on a great literary work, David S. Goyer, co-creator of the show, revealed that adapting the Russian writer’s books to the screen is a great challenge.

With the ambition to become a series as great as Game of Thrones, by HBO, Foundation had to make some changes in relation to the books so that the story could be told as best as possible on TV. The original story told in Foundation it takes place over millennia and Goyer knows the challenge of keeping the public attracted to the show, having 8 practically anthological seasons, with a change of cast with each new season.

Unlike what is presented in the work of Asimov, which focuses on the story told over the years, Goyer revealed that the Apple series will focus on characters.

As soon as the series debuted on Apple’s streaming, fans could already notice some big differences from the books to the series. Check out what these main changes were:

5. The reworking of various characters 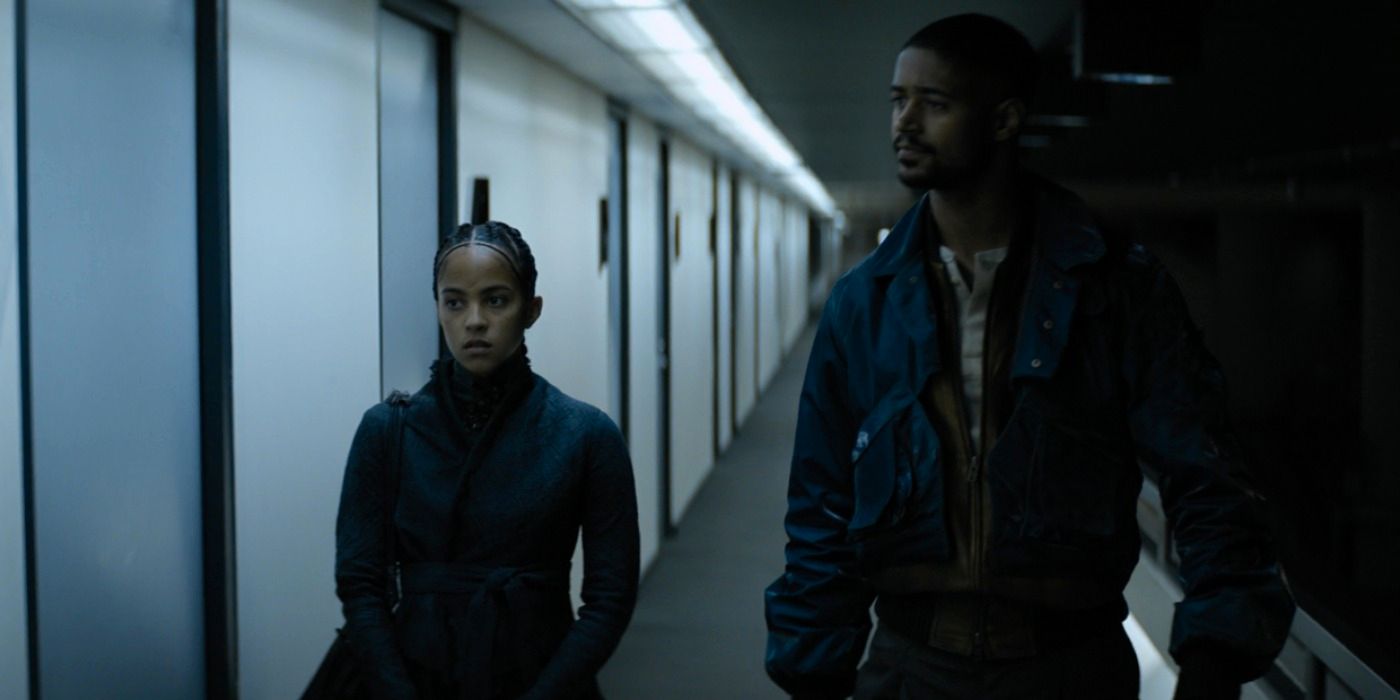 One of the central characters in the series was perhaps the one that underwent the most changes. In the book, Gaal Dornick is a man, while in the series he is played by actress Lou Llobell. Also, in the original, Gaal comes from a much more developed and evolved planet, having earned a doctorate. A very different background than what we saw on TV with Synnax’s aquatic world.

Salvor Hardin was another character who had a sex change. In the series, Leah Harvey is the one who brings the Guardian of Terminus to life—another change, since in the books Salvor was mayor. This change of role, from something administrative to a more military base, makes the character’s approach to be quite different on TV. In the books, Hardin was known for his phrase “violence is the incompetent’s last refuge”, and in the series the character tends to have a more action-oriented role.

Eto Demerzel was also sexed. In the series, the interpretation was in charge of the actress Laura Birn. This is an important change in Asimov’s universe. In the books, the author made a major change to the character Eto, who is a robot, changing his name to R Daneel Olivaw. Olivaw became one of the protagonists of the book series “Robots” and, with this, the author connected his universe of books focused on robotics with the universe of Foundation.

Raych Foss, played by Alfred Enoch, is an original character in the series. Its name is a tribute to Hari Seldon’s adopted son in the books. In Forward The Foundation, Hari adopts a 12-year-old boy named Raych (no last name). Raych, in the series, ends up absorbing some scenes from other characters in the books.

4. Changes in the Emperor In books, Asimov paid little attention to the development of the Empire. Goyer decided to give more focus to this part of the plot, bringing more prominence to Emperor Cleon I, presenting a kind of “genetic dynasty”, with a lineage of clones of Cleon.

3. The attacks on Trantor Trantor is a central planet city to the Foundation story — and also served as the basis for the creation of Coruscant in Star Wars — and ends up suffering a terrorist attack — which didn’t exist in the books — on the bridge around the planet. This attack proves important in the adaptation, because it influences the emperor to believe in Hari Seldon’s prediction.

2. The death of Hari Seldon While in the series Hari Seldon was brutally murdered by Raych, in the books, the character ends up living to an older age, even having left several holographic recordings to be reproduced in the future. Everything that could happen as a result of Seldon’s murder is also original to the series. In Asimov’s novels, the Vault is programmed to open at certain moments in history, to transmit the knowledge needed to overcome crises. In Apple’s adaptation, the Vault has a force field that keeps all living things away. Salvor Hardin turns out to be resistant to this force field, making his plot even more interesting.