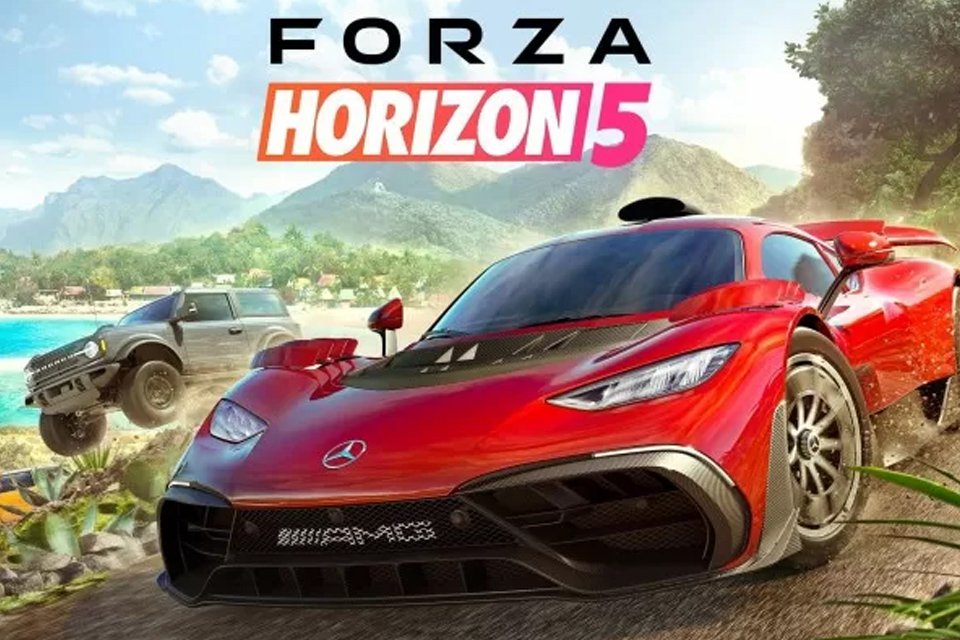 When the franchise Forza Horizon appeared in the games market, the first label given to it was that it was a GTA of cars for your freedom, with a huge map, different challenges and lots of fun.

Nine years after the first title we can still use this personification, with an evolution worthy of current games. Drinking all the graphic power of the current generation, Power Horizon 5 It’s hors contest in several aspects.

They say that the first impression is the one that stays and Forza Horizon 5 shows its full potential right away. After we toured the roads of England, in the previous title, the new game in the series has Mexico as its context.

You will already be put to the test right at the beginning of the game, with cars “jumping” with parachutes straight from a big plane to know all the environments available in the game.

Sumptuous, powerful and very well-made cars will be your diversion among different biomes, full of life and lots of fun. Here comes the first positive point. Few places in the world could help create this itinerary and Mexico is among them.

Soon after all the presentation of what is possible and imaginable, the player begins to venture through the streets of the region, which has asphalt, earth and a heavenly setting. Here it is worth highlighting the graphic part.

The game is beautiful from start to finish. The number of details placed at each point on the map is impressive, whether inside the city or near the beach. Whether in the mountains or in the middle of the forest, everything serves as a great set for game immersion.

The music is at the height of racing lovers, making the adventure extravagant. But if you prefer to hear the roar of the engines, don’t worry, the fun is also equal without the soundtracks. I prefer to play that way, just enjoying the scenery, the atmosphere and the roar of the engines. Even so, at no point did I miss the soundtrack.

Game optimization is also a plus. When I started playing, my unconscious had already started to work, saying that my computer would hardly withstand the impact of the game.

But I was able to run easily in 4k at 60 frames per second, having some barely noticeable drops on a GeForce RTX 2080 Ti. That’s critical, especially when it comes to a racing game where speed is the main point.

a lot to do

As usual, in Forza Horizon 5 the adventure will be practically endless. With a bigger map than the last edition, get ready for many adventures.

In addition to the career mode, where you’ll go through different and magnificent festivals, get ready to do sensational quests, such as the rebuilding of the Volcho.

For those who don’t know, Volcho is the name given to our famous Volkswagen Beetle. You’ll help a girl rebuild her car and make it a real racing machine. As in the masterpiece created by director Robert Stevenson, at the end of the 1960s, if “my Beetle spoke”, he would not stop anymore, just to count the beauties that exist within the title.

Also get ready to venture into different races, weekly adventures and buy exclusive cars. This item gives a massive replay factor to the game, even if you’ve already finished most of what can be done.

There are still signs to be found along the scene and speed radars, where you must get 3 stars to be the fastest in history.

Most of the races have solo, player versus player and co-op mode, so get ready to have fun with friends in different races. During the launch week I encountered a lot of connection issues, which impeded the fun with the guys, but I believe this will be resolved soon.

I confess that at first I was lost with so much information on the screen. Of course I’m already a forty and the games are more and more geared towards kids, but don’t worry. It is possible to decrease the number of events that appear on the map.

You’ll be able to filter the information, making the adventure follow the order you prefer, opting for several customizations. This will help a lot in the beginning if the player feels lost with the number of options.

I want to see count on my fingers

Horizon 5 it also has hundreds of vehicles for your enjoyment. In addition to racing against jet skis and motorcycles, you’ll have more than 400 cars to have fun on the most diverse tracks in the game.

There are many brands present in the game, such as Aston Martin, Alpine, Audi, BMW, Dodge, Ferrari, Jaguar e Land Rover.

You can buy them at roulette, at auctions and even at the dealership, but prepare your pocket, as many of them cost a real fortune. Hence the importance of doing everything in Horizon 5.

Everything generates coins. From cactus destruction to drifts during your tour of the map. This way you’ll gather good money to spend as you see fit. Whether it’s buying a car or modifying its speed and appearance. How could it be otherwise, Horizon brings a lot of tuning to customize your cars. For those who are not very familiar, it is possible to use the changes automatically.

If you prefer, you can change it piece by piece. There is also the possibility of changing the vehicle’s paintwork, even using what was done by the community. It is one work of art after another.

Horizon 5 brings all players together, whether you’re passionate about simulation or casual. The gamer will be able to customize the difficulty of the races and vehicles in all aspects, making the title a treat for racing lovers.

The gameplay is very nice and there is a slight difference compared to the last title. It is possible to better repair the differences between the vehicles and how the weight of each one of them interferes with your driving.

There is another feature that delighted me in the game. Power Horizon 5 allows the player to have fun for hours or for a few minutes, depending on the time available for playing. This is very important, especially in current times, where many have limited hours of gaming. You will hardly leave the game with a frown on your face, no matter how long you enjoyed it.

Horizon 5 allows you to play the way you want, with the time you have. The possibility of doing whatever you want gives you the feeling of freedom that only the world of speed provides.

In many moments I went in just to destroy license plates and play with speed cameras, without a handkerchief and without a document. No pressure, goals or competition. Just to let time pass.

On other occasions I chose to participate in the available festivals, advancing in career mode and reaching the Hall of Fame. In fact, when you get there, many vehicles can be purchased exclusively.

Forza Horizon 5 it’s about freedom, lightness and fun. As much as the story is unnecessary, with uninteresting and engaging characters, what really matters is stepping on the gas. Glimpsing the magnificent regions of Mexico and enjoying all the technological apparatus that the current generation of consoles provides is sensational. I’m sure you’ll feel like you’re in a real world.

The multitude of tests, missions and challenges only serve as the icing on a delicious cake that you never want to stop eating.