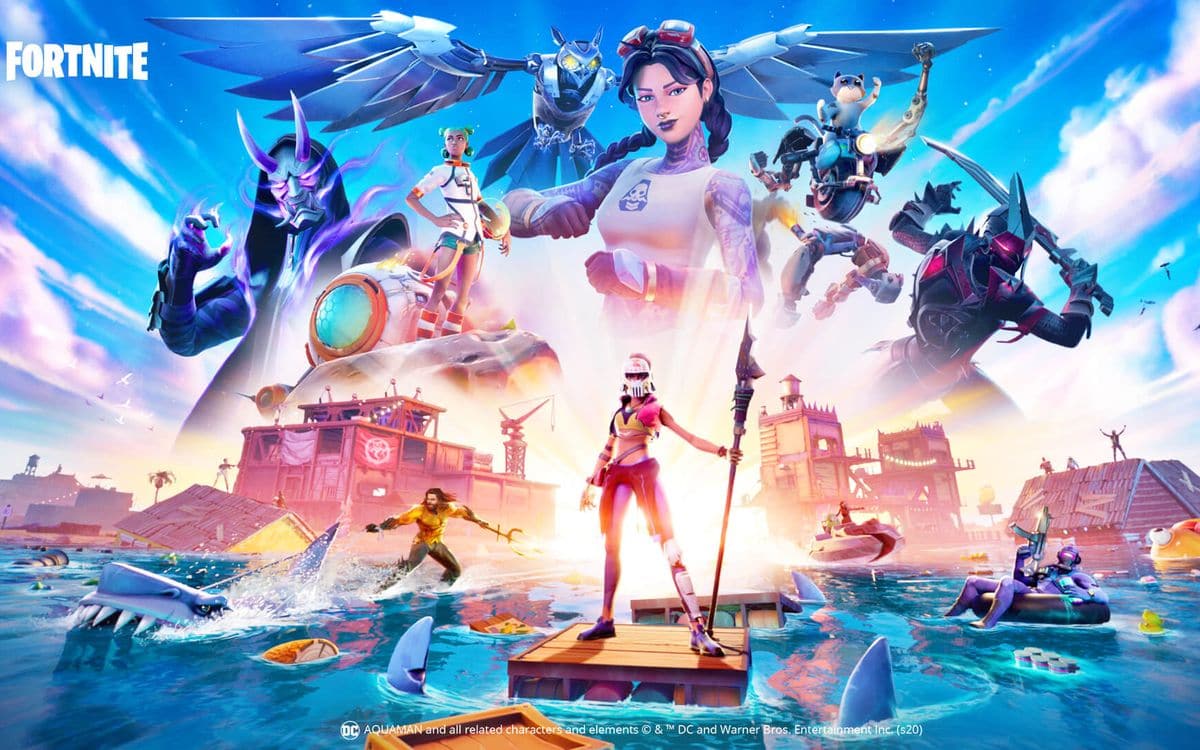 During an official visit to Blois on Wednesday, February 3, Brigitte Macron reopened the debate on video game addiction. The first lady of France quoted Fortnite, the successful battle royale of Epic Games, as explaining that the health crisis the world is going through exacerbates the risks of addiction.

One short sentence was enough to reignite the debate on video game addiction in France. It was pronounced by Brigitte Macron, during an official visit to the Maison des Adolescents in Blois on Wednesday, February 3. During this visit, the First Lady had the opportunity to attend a “forum theater” session on the theme of video games. And more specifically on the video game addiction. A disease recognized since 2018 by the WHO.

Read also – GTA: no, video games do not make you violent according to this study

Reaction of Brigitte Macron following this performance. ” Fortnite, this is terrible … When they are on games like this, how do you get them to stop “? Comments reported by the online edition of the regional daily La Nouvelle République and which have obviously made the rounds of high-tech newsrooms in recent hours. We do not know if the theme of the forum theater session was chosen to create the controversy. But, the effect is unequivocal.

Play became the only social element for teens during the crisis

Beyond the stigmatization of Fortnite players, who are not all video game junkies, Brigitte Macron’s intervention is interesting for two reasons. First, it reveals a real concern about the passage of adolescence during the health crisis. ” Adolescence is already an age that is not easy … With this crisis, it is even more complicated “.

The studies. Social relations. The balance of family life. It is already difficult to manage. So during a global pandemic, it’s chaos. Teens often use online games, like Fortnite (but not just him), to build or maintain relationships. In the absence of an “IRL” (In Real Life) contact, it even becomes the only social element in their life. Hence this importance which can lead to obsession.

Note also that some studies show that video games can also help to unlock difficult situations. We don’t necessarily mean Fortnite, but rather titles like Animal Crossing or Legend of Zelda Breath of the Wild. Studies show that these games have a positive effect on the mental health of gamers. And some games psychologists even use video games to communicate with a player in distress.

Video games must remain a pleasure and not an addiction

The second reason for the interest of Brigitte Macron’s intervention is to remind parents that they must get involved so that playing video games remains a pleasure and does not become an addiction. ” You have to be particularly attentive to them at this time », She reminds parents, who often have great difficulty in juggling their professional life (teleworking), maintaining the home between periods of confinement and curfews and tutoring children.

This statement by the first lady is, in our opinion, more maternal concern than political maneuver. Brigitte Macron is the mother of three children. She also has seven grandchildren. At least one of them appears to be playing Fortnite. And that perhaps worries his parents. It is certainly this feeling of concern that is at the origin of these comments.

As for Fortnite, it clearly suffers from its notoriety. Epic Games’s game is one of the most played online, both on PC and console. It is the highest grossing Free-to-Play game in 2019. And it certainly remains so in 2020. It has not only become extremely popular, but it is also an important part of social life. young people. These latter compare their avatar skins and in-game gear, with all that that implies in terms of social position. It’s almost a shame that it didn’t stay … just one game. Of course, Fornite has a few obsessive gamers in its community. We remember the sad story of this child placed in detoxification by his parents. We also remember that adults too can become addicted to video games.