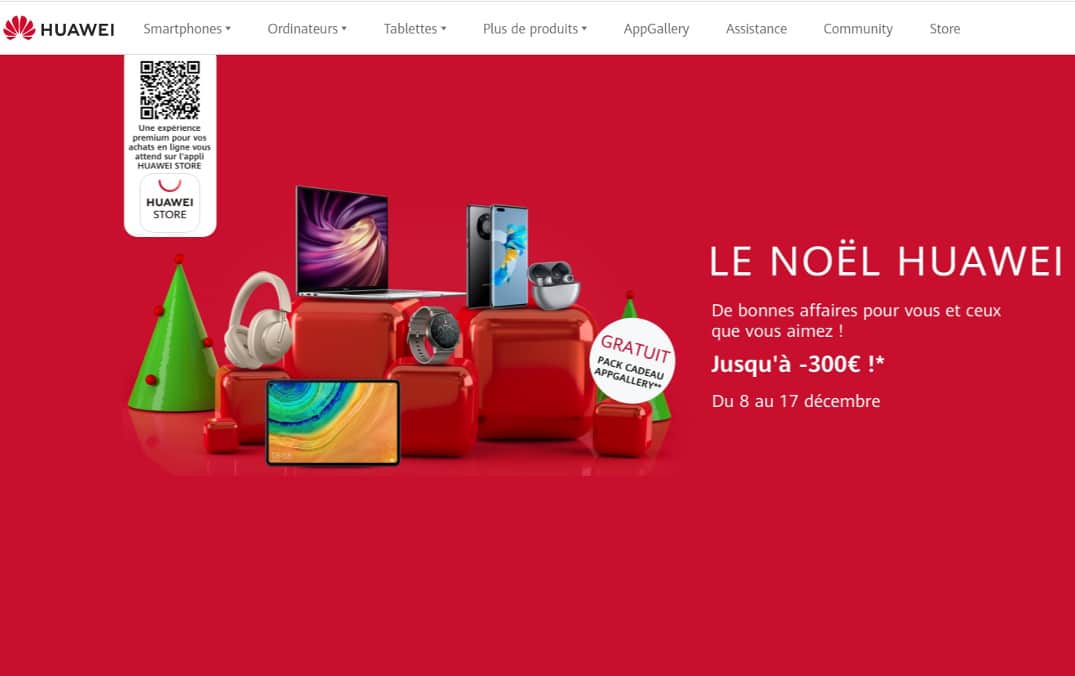 Until December 17, you can enjoy great savings on the HUAWEI site. Indeed, many products of the manufacturer are offered with immediate reductions. Some are even supplied with two accessories, offered or also offered with very interesting discounts.

Whether you are a music lover, sports enthusiast, or whether you want or just want to replace your smartphone, tablet or laptop with a recent and efficient model, the products designed and manufactured by HUAWEI are excellent value for money and therefore deserve all your attention.

To make them even more attractive, they are currently sold on the manufacturer’s website at significant discounts, and – sometimes – accessories (watch, bracelet, case, etc.).

On the other hand, you can discover exclusive HUAWEI Christmas offers, presented by host Guillaume Pley, from 7 p.m. to 8 p.m., from the Flagship Store located in the Paris Opera district. These will be available until 10 p.m.! 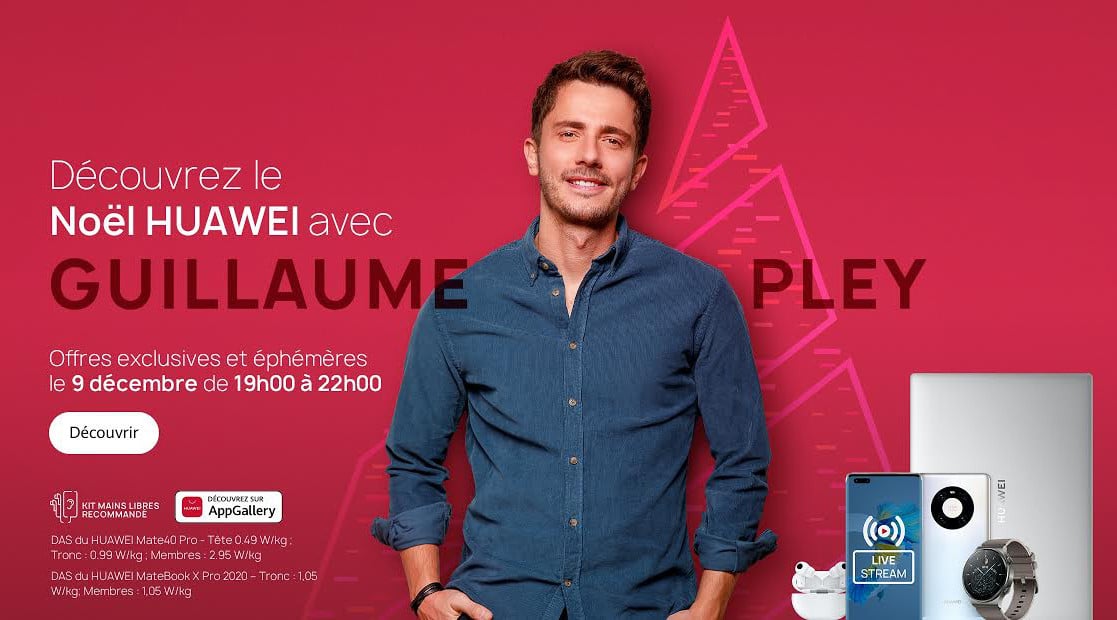 HUAWEI smartphones are both powerful (thanks to their Kirin chips), attractive (with curved screen edges) and equipped with sensors that are particularly effective when it comes to taking pictures, whatever the conditions. lighting.

In addition, for these last two smartphones, you have the possibility to buy at the same time the connected bracelet HUAWEI Band 4 Pro for only 9.99 € instead of 79.99 €, or the HUAWEI FreeLace headphones for 9.99 € instead of € 99.99!

With their 10.8-inch (HUAWEI MediaPad M6) or 10.4-inch (HUAWEI MatePad) screen, HUAWEI tablets offer good user convenience. In addition, they are equipped with Kirin processors and a high capacity battery for long battery life. For the rest, they are equipped with four speakers and four microphones, which make it possible to watch videos in excellent conditions and to communicate with friends.

HUAWEI has several Ultrabooks in its catalog, both compact and attractive. These laptops stand out for their screens that support very high definition: 13 inches (2560 x 1440 pixels) for the Matebook 13 and 13.9 inches (3000 x 2000 pixels) for the 2020 MateBook X Pro. These configurations are particularly light (1.3 kg) and their security is ensured by a fingerprint reader. In addition, they offer high performance, thanks to the tenth generation Intel Core i5 and Core i7 processors.

The HUAWEI Matebook X Pro 2020 laptop is priced at € 1,399. This is the model equipped with the Intel Core i7 processor, which is therefore marketed with a reduction of 400 €.

Accessories can be purchased at a discount with these three laptops:

The HUAWEI Watch GT 2 connected watch boasts a stunning design, with a stainless steel case with particularly thin bezels. This one displays a rather sporty or rather sober and elegant look depending on the model. It offers a long battery life, up to two weeks, thanks to the Kirin A1 processor. In addition, it has a GPS and a heart rate monitor, to monitor your sports training (the watch is of course waterproof to 50 meters). And it’s easy to use, through its AMOLED touchscreen, complete with two buttons. Finally, she knows how to monitor your stress level and your nights.

In addition to the FreeBuds Pro wireless (Bluetooth) in-ear headphones, the FreeBuds Studio headphones and the amazing HUAWEI X gentle Monster Eyewear 2 glasses, the manufacturer offers the excellent HUAWEI Sound X speaker, Wi-Fi and Bluetooth compatible and designed in collaboration with Devialet, the French audio specialist. It has the advantage of delivering unbelievably powerful, bass-heavy sound over 360 degrees.

This article is a sponsored post provided by HUAWEI.