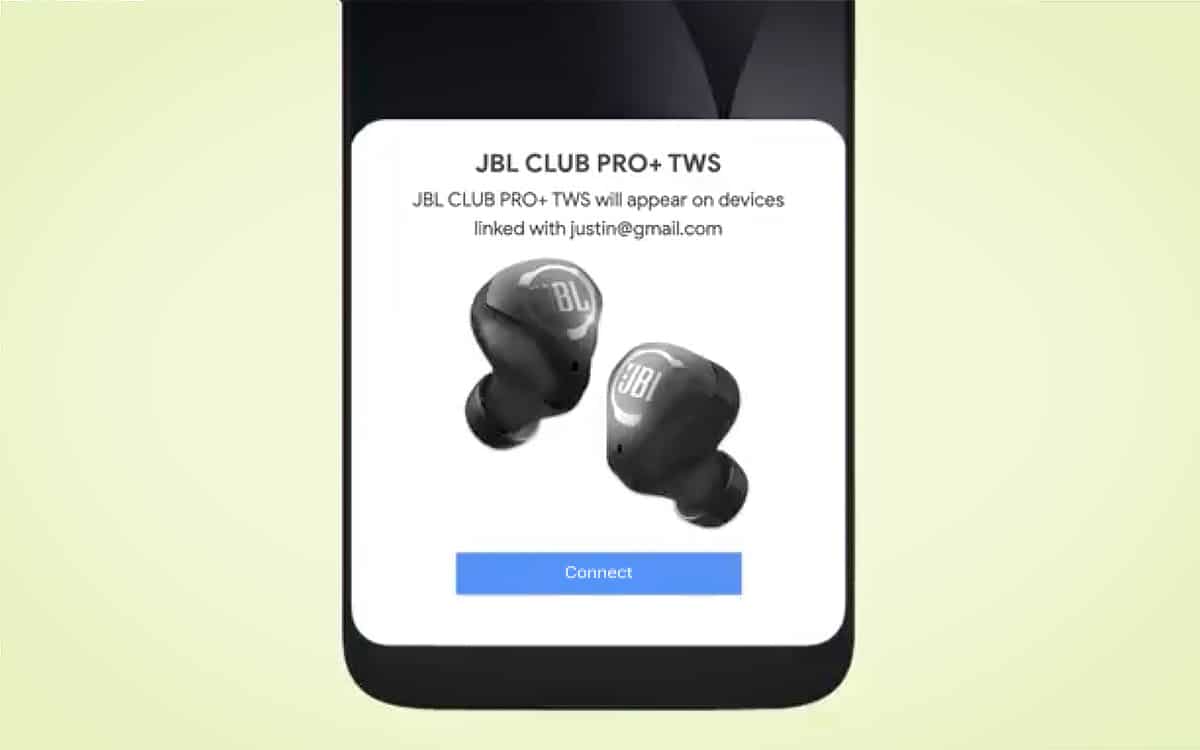 Android’s Twitter account formalizes a new design for Fast Pair, the simplified pairing interface. We go from a simple notification to a panel that seems directly inspired by iPhone and the pairing of AirPods in iOS. Google also announces that more than 100 models of headphones from major brands such as JBL and Sony are now compatible. All Android smartphones can take advantage of these new features provided they can install the latest version of Google Play Services.

Google announces on the Android Twitter account the deployment of a brand new interface for Fast Pair, the simplified pairing device for Android smartphones. Fast Pair is there to save you the trouble of digging into Bluetooth settings when you want to pair headphones or other accessories. Of course for Fast Pair to work, your accessory must be compatible. The rest is a breeze: bring the accessory near the phone while opening its box if it is a headset. A notification that you just need to touch to connect the device is displayed.

Until then, the interface design was based on other Android notifications. As you can see in the screenshot below, Fast Pair until now consisted mainly of a notification displayed at the top of the smartphone. It is also in this notification banner that information such as the charge of the headphones can be displayed. On the iPhone, Apple has chosen to further separate the simplified pairing interface – probably for reasons of ergonomics. Fast Pair’s new interface thus seems to more directly affirm its kinship with technology in iOS, while remaining strictly mutually incompatible. There is a card on a white background in the lower part of the screen, with an animation showing the accessories and a big blue “Connect” button.

It must be said that from the start, Fast Pair already looked a lot like the simplified pairing of headphones in the iPhone ecosystem – so we weren’t around that. AirPods were also the first products on the market to offer this feature. Moreover, devices compatible with iPhone technology – however popular they may be – are not very numerous. You have to be content with accessories with an Apple chip, namely AirPods 1 and 2, AirPods Pro and AirPods Max as well as Beats headphones and earphones which are also Apple’s property. By offering Fast Pair, Android has very skillfully played on its difference.

The decentralized philosophy of the system means that many manufacturers can offer this technology to their customers. We have recently seen the Pixel Buds, but also the OnePlus headphones – as well as variations of the technology in the Huawei ecosystem (with Huawei accessories such as Freebuds) or even Samsung with its accessories. Google today announces the arrival of many new models, more than a hundred, from big brands like JBL and Sony. The exact list has not been released at this stage, however. Moreover, our colleagues from 9to5Google notice that headphones are no longer the only compatible accessories.

They found that Fast Pair now also works with Fitbit smartwatches – although Google never mentions it. A priori, a large number of customers should quickly be able to benefit from it. Fast Pair changes are linked to Google Play Services and are therefore available on many Android versions. However, we found that the new interface did not appear on all of the editorial’s smartphones yet, suggesting that the deployment is still in progress.