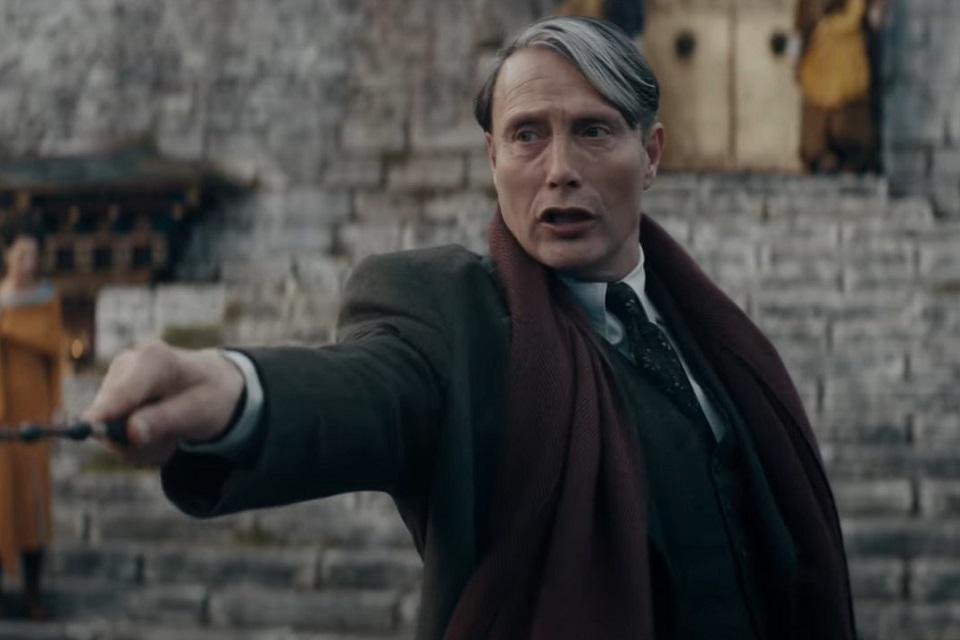 Focused on one of the most important characters in the franchise Harry Potter, Fantastic Beasts: Dumbledore’s Secrets (Fantastic Beasts: The Secrets of Dumbledorein the original) should hit Brazilian theaters on April 14 this year.

Although there are still a few weeks left for this to happen, several members of the specialized critics have already checked out the feature film directed by David Yates.

In addition to continuing with its mysteries, the production will have the debut of Mads Mikkelsen in the skin of the villain Gellert Grindelwald. Actress Maria Fernanda Cândido is also part of the cast of the film playing the witch Vicência Santos, along with Jude Law as Dumbledore, Eddie Redmayne as Newt Scamander, Katherine Waterston as Tina Goldstein, Dan Fogler as Jacob Kowalski and Ezra Miller as Aurelius Dumbledore.

Below, you can see some of the main comments released by the international press about the project. Enjoy!

What the critics think of Fantastic Beasts: Dumbledore’s Secrets?

It is important to remember that this is the third part of a story that began to be developed in 2016, when Fantastic Beasts and Where to Find Them was officially released. At the time, many fans were curious when Warner Bros. Pictures announced that they would make a spin-off involving some Hogwarts characters borrowing some considerations from a small book published in previous years.

In this way, the saga of Newt Scamander began to be told in cinema. The reception of the public was mixed, considering that in addition to dealing with the secrets of the most different creatures of the magical world, there was also space to introduce villains and mysteries. A sequel arrived in 2018, leaving viewers divided. Will the new film be able to overcome this issue?

Ian Sandwell, who writes for the portal Digital Spyargued that Dumbledore’s Secrets manages to improve many aspects of the franchise. He even cited Mads Mikkelsen and Jessica Williams as big hits, but he’s not sure what the project’s intentions are.

#FantasticBeastsTheSecretsOfDumbledore is an improvement on the sequel, even if it only fleetingly recaptures the magic. Mads Mikkelsen is a huge upgrade, but the MVP is Jessica Williams’s Lally. It’s just overstuffed and unsure if it’s a Beasts film or a Harry Potter film. pic.twitter.com/65HeyIgeXb

Critic Dave Lee had a similar perception when he said that the film is directly inspired by classic westerns, something he never expected to find in a project linked to Harry Potter. For him, this is the best feature in the franchise so far.

“Jude Law brings incredible depth to this iconic character, Mads Mikkelsen delivers a legitimately terrifying Grindelwald (the best portrayal yet), and Jessica Williams steals every scene she’s in (her intro is AWESOME).”

The #SecretsOfDumbledore is an exciting and enjoyable Wizarding World adventure. Thankfully, leagues above the previous, it’s probably the best Fantastic Beasts so far. Great character work, fun adventure, and amazing duels. Fans should really enjoy this one! pic.twitter.com/M56qR8L0KC

Fantastic Beasts 3: what to expect from the new film?

As critics have pointed out, there are many sequels packed with novelty in terms of narrative in this production. Xandra Harbet, from Loopershared with his followers that the feature film features a new list of magical creatures, as well as fixing any problems and providing answers to fans’ questions.

#SecretsOfDumbledore is a magical menagerie of homages to the Potter films, boasting a new slate of wondrous creatures and mythos.@FantasticBeasts 3 rectifies fans’ biggest qualms with FB2, offering answers, groundbreaking moments, & epic battles in this love letter to misfits. pic.twitter.com/VlZlQDgCj5

Griffin Schiller, creator of the MovieSpeak, considered the involvement of screenwriter Steve Kloves essential for the franchise to be saved, given that, in his view, there were many problems to be solved. “The series is fun again and the layers of Dumbledore are explored in an interesting way,” he said.

Steve Kloves miraculously salvages a sinking ship w/#FantasticBeasts3 but it doesn’t fully fix the larger issues w/the series. Still, by far the best of the 3. The series feels FUN again. The layers of ##Dumbledore are peeled back & explored in interesting ways. Had a good time! pic.twitter.com/ZAvIfNHzEE

And if it depends on the considerations of Perri Nemiroff, the Collider, the public will find a film full of dynamism and with assertive elements in its conception when they leave the cinema. “It’s a big comeback for the franchise. […] It makes for a much more immersive ride than we’ve seen before and Dan Fogler remains mine [personagem] favorite… with Niffler”, he published.

#SecretsOfDumbledore is a big bounce back for the #FantasticBeasts series for me! Back to enjoying the group dynamic & caring about the main mission. A lil thin here & there but a FAR more engaging ride than the last. Dan Fogler continues to be a favorite … and the Niffler. pic.twitter.com/QBkyMOq4UT

Looking forward to this debut? So stay tuned and be sure to check it out! Fantastic Beasts 3: Dumbledore’s Secrets will be released on April 14th.