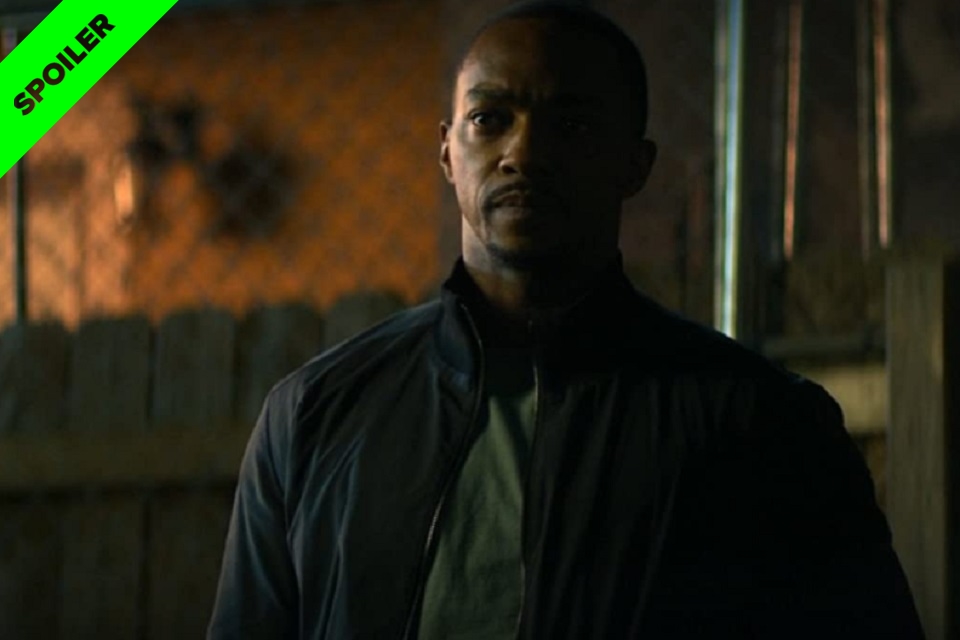 With the showing of the last episode of Falcon and the Winter Soldier on Disney +, many fans noticed some easter eggs that helped to compose the MCU narrative in an interesting way.

In addition to the incredible revelations seen throughout the episode, the outcome also brought clues to other events that should happen in the Marvel Cinematic Universe.

With this list, we will analyze some of these implicit and explicit references, in addition to thinking about the future of all these characters from some speculations.

So, check out 5 easter eggs present in the final episode of Falcon and the Winter Soldier!

5. Original costumes from the comics

One of the coolest things about this new series is the fidelity that the plots have with the comics. In addition, it also has many visual references from the original works, creating a universe even richer than it could be.

With that, fans of Marvel stories first saw the costumes of Captain America, Sam Wilson (Anthony Mackie), and American Agent, John Walker (Wyatt Russell), definitely coming to life with all the details previously seen in the comics. 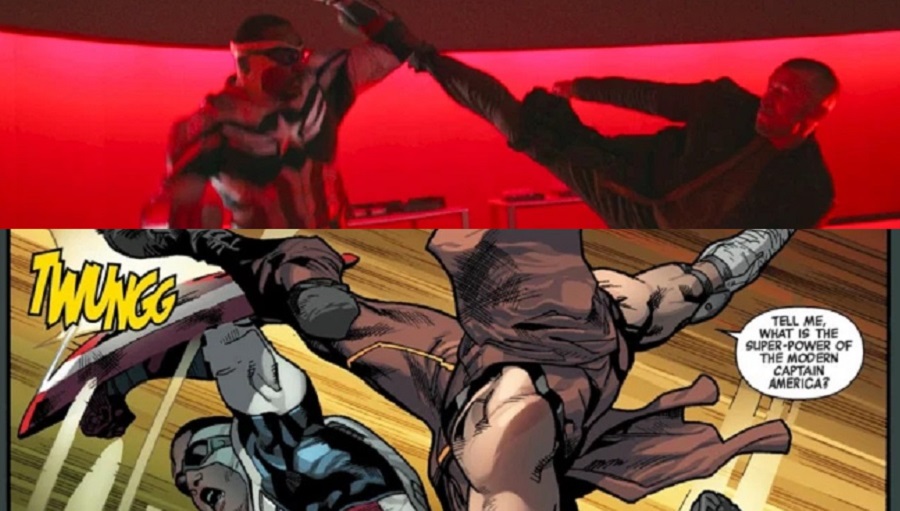 It may just be a happy coincidence that the series promoted, but it’s really cool that Sam’s first fight as Captain America is against Batroc (Georges St-Pierre) – something that also happens in the original comics about the character’s transition.

It is interesting to realize, in this sense, that after the revelations of Sharon Carter (Emily VanCamp), the public finally discovers Batroc’s true intentions. Even with the controversies, we must thank him for providing such intense moments with the rise of the new Captain America.

3. The return of the Raft 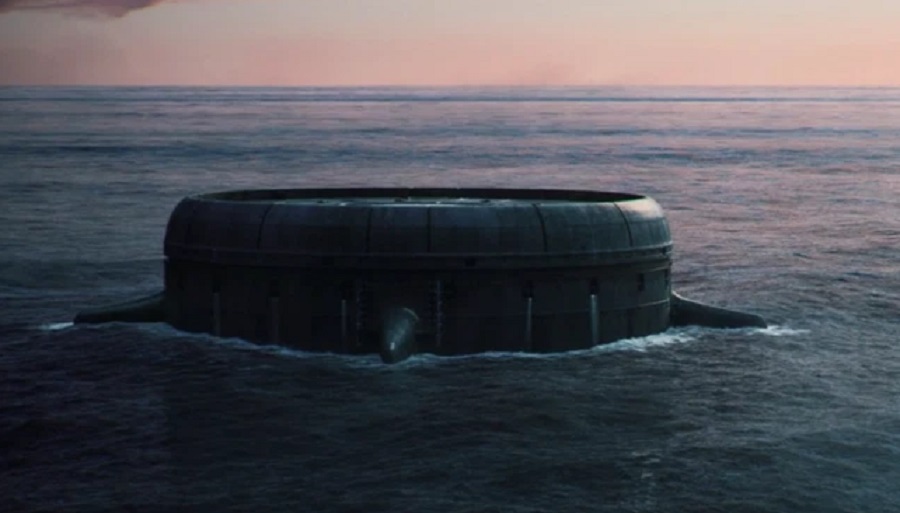 The maximum security prison is located in the middle of the ocean. (Disney + / Reproduction)Source: Disney +

Last seen in the movie Captain America: Civil War, launched in 2016, the famous prison for important criminals is the place where the Dora Milaje took Baron Zemo (Daniel Brühl). In the final episode, the Raft appears briefly to show that the villain was responsible for the explosion of the last members of the Flag-Smashers.

Even though it seems a short and almost unimportant scene, it can indicate some events already known in the comics, mainly because of the following scene that shows John Walker becoming the American Agent.

The character, originally, was a guard of the Raft, in charge of watching a group of villains who later articulated in supernatural operations. Will this be addressed soon?

2. The likely introduction of Patriota 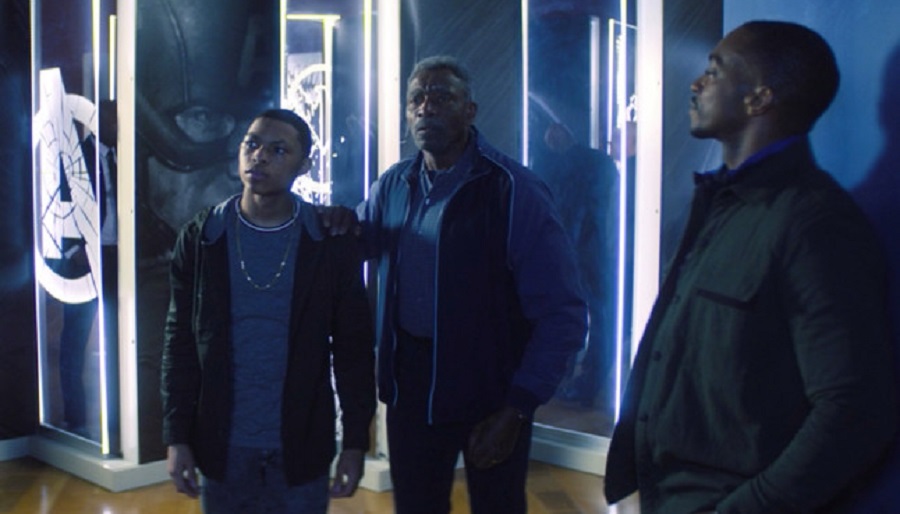 Elijah Richardson is the interpreter of the young Eli Bradley in the Marvel series. (Disney + / Reproduction)Source: Disney +

Walking towards the end of the episode, Sam invites Isaiah Bradley (Carl Lumbly) to visit a memorial dedicated to the great deeds of heroes in the United States. It is there that the Super Soldier comes across a statue in his honor, thanking Sam for everything. Accompanying the pair is Eli (Elijah Richardson), Isaiah’s grandson.

It is worth mentioning that, in the comics, the character takes the code name Patriota, using a shield as a weapon, precisely to honor his family’s legacy. From that, he becomes one of the members of the Young Avengers, a new team that is completed with Kate Bishop, from Archer hawk, and the twins Tommy and Billy, sons of Wanda Maximoff, already seen in WandaVision.

Will this happen in future productions? 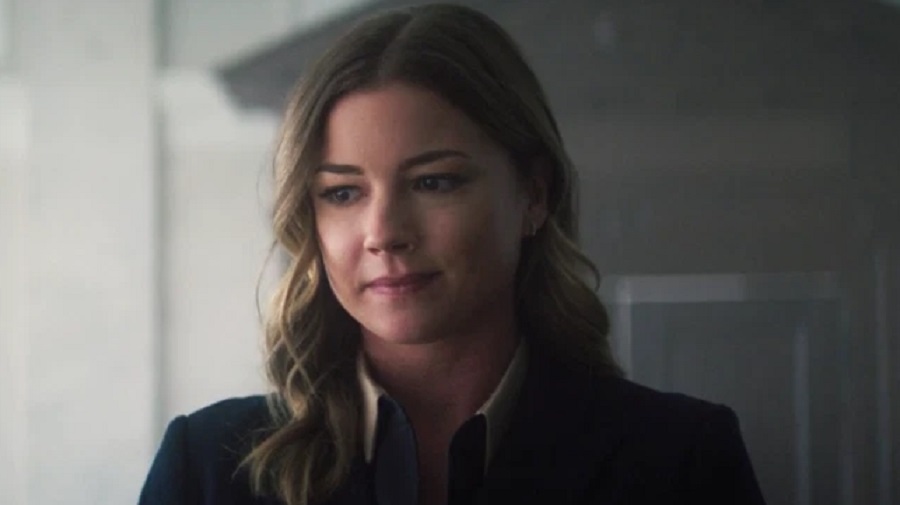 Those who already know Marvel’s productions know very well that a simple outcome cannot be trusted. After the credits, there is usually a scene that provides news to viewers, stirring even more curiosity about what may come around. In this sense, the closing of the series brings a scene with Sharon Carter very interesting.

After being exiled in Madripoor, she is finally forgiven and accepts her old job. However, many still do not know that she is now the Power Broker, the infamous Merchant of Power. At the time, the senator even calls her Agent Carter, referring to Peggy Carter, her great-aunt.

However, now Sharon’s intentions are fully focused on selling government secrets and technology to anyone who is interested. Something that the first Agent Carter you never would, would you?

Watch the new animation Raya and the Last Dragon and many other series and films from the Marvel, Star Wars, Pixar and National Geographic universe. All this for only R $ 27.90 / month.