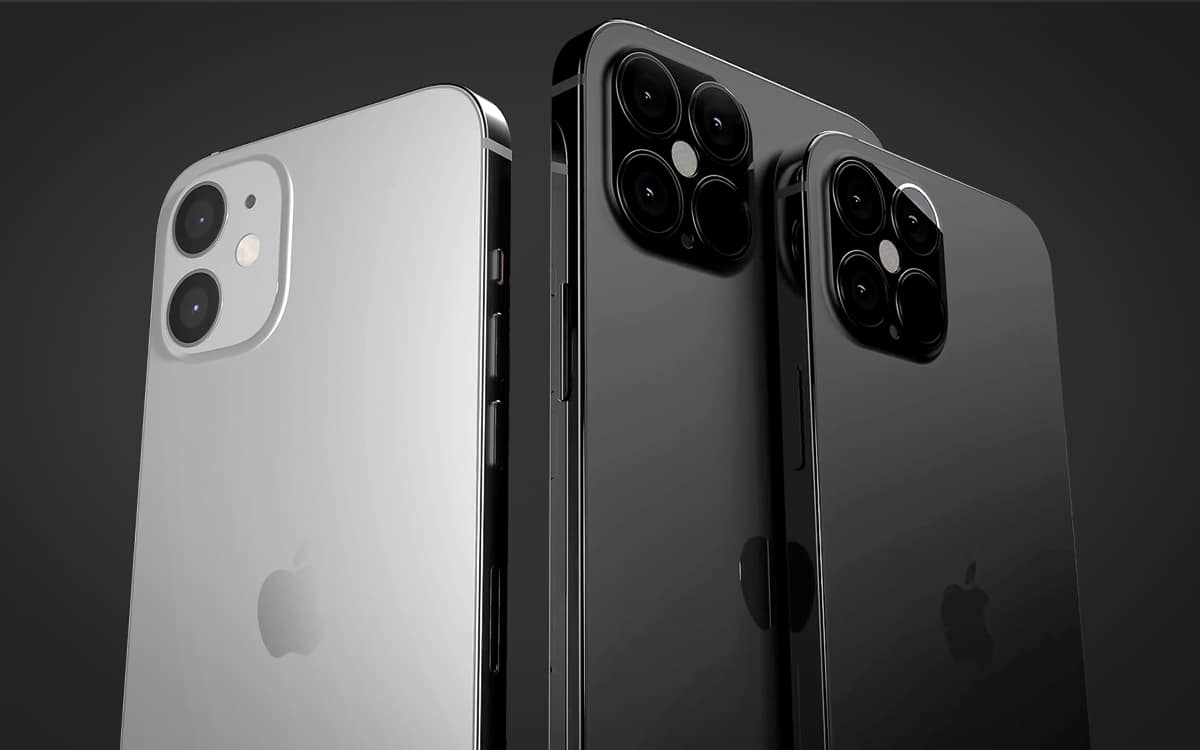 New information on the sensors of the iPhone 12 is surfacing. We learn in particular the arrival of a faster FaceID system, that the digital zoom can go up to 30x or the arrival of a macro mode, or the recording of 4K videos at 240 images per second.

The iPhone 12 Pro and Pro Max should have three main sensors, with the added bonus of a 4th LiDAR sensor – an advanced sensor allowing the smartphone’s AI to appreciate distances much better, and therefore generate photo and video effects (such as Bokeh) much more precisely. According to Kang, the three optical sensors of the Pro models should also occupy a larger surface : like Huawei, Apple has decided to increase the size of the sensors to capture more light.

iPhone 12: Apple could regain the advantage in photos and videos

The modules would also benefit from “sensor shift” stabilization technology. A technology less expensive than the OIS currently used on the brand’s smartphones and which would allowadd stabilization to all sensors including telephoto. Apple seems determined to erase as much as possible the differences between the different sensors to ensure increased visual continuity, especially when taking video. We learn in passing that the LiDAR sensor could ultimately be used to create a video portrait mode.

Such a mode would imply being able to apply photo effects such as Bokeh blur in the background, including on videos. Kang is however not sure that the feature will be available when the smartphone is released. Video portrait mode has been in preparation for several years and is likely that Apple will talk more about it during its keynote. Telephoto side, the iPhone 12 Pro should have a 4x optical zoom – against 5x for the iPhone 12 Pro Max.

According to Max Weibach (XDA) quoted by PhoneArena, the new A14 chip engraved in 5 nm and iOS would be able to compile a burst of takes to deliver a digital zoom up to 30x. A method that we have already seen with manufacturers like Huawei, but it is always interesting to see how Apple does it – while hoping that the results will be there. In passing, we learn that the third version of Smart HDR would be launched with the new smartphones. As well as an improved Deep Fusion algorithm – the algorithm that preserves details in the image.

Kang further asserts that the iPhone 12 Pro Max will have a “Kind of macro mode”. This is in fact based on the ultra-wide-angle sensor with an aperture 35% higher than on the other models. This increased aperture will allow it to focus on subjects much closer to the lens. In addition, Apple is not yet following Samsung, which goes so far as to offer 8K video recording on its latest models. The Cupertino company would have chosen, instead, to pwaterfining 4K recording with the arrival of recording at 120 and 240 FPS.

The latest revelations concern FaceID and theautonomy cheaper models. The 5.4 ″ iPhone would benefit from a more compact arrangement of sensors, suggesting a narrower notch if not really thinner. Facial recognition would nevertheless be faster, and it would be possible to unlock the smartphone from a greater number of angles. Finally, Kang returns to the battery capacity of the next iPhone – expected to be significantly lower than the iPhone 11 generation. According to the leaker, the Pro models should however do well with an hour more than the current generation.

Which would be a performance, knowing that the iPhone 11 Pro were already one of the best options for battery life. The performance would be largely due to the fineness of the engraving of the new A14 chip. The iPhone 12 mini and its 5.4 ″ display could nevertheless have a little less battery life than the standard iPhone 11 due to its size, according to Kang.