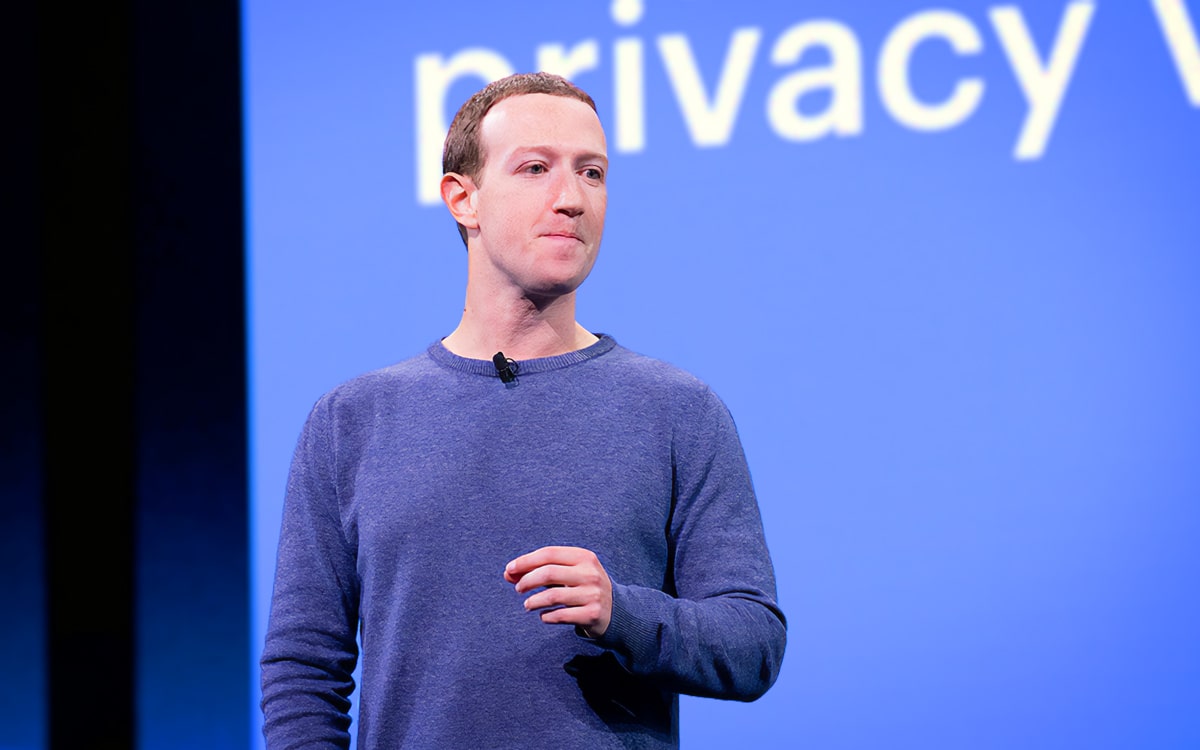 Apple’s new privacy rules do not appeal to Facebook and its boss Mark Zuckerberg at all. In a statement, the entrepreneur claims the new rules “will have a negative impact on many small businesses” and accuses Apple of anti-competitive practices because of its stranglehold on the App Store and more broadly on its ecosystem. Apple, for its part, emphasizes simply wanting to give more control to its users, who now have the choice of whether or not to continue to be tracked …

We told you about it yesterday: Apple made a sensational announcement around privacy in its ecosystem. Apple is now forcing developers to strictly respect the privacy of iOS users, including much more transparency on how they use access permissions in their applications. In particular, they must complete a new honor questionnaire as soon as they publish an app or update to the App Store. If there is a problem, Apple will use the responses to this quiz to assess whether or not the publisher in question has been transparent and honest. With the key risk of having their account suspended and the application removed from the platform.

In addition, any use of personal data must have as a counterpart an “opt-out”. In other words, developers no longer have a choice and must imperatively obtain user consent. Apple claims to take the recommendations of the European GDPR, the famous personal data protection regulations. With the aim of making it a global standard, while serving as the basis for similar legislation which the firm is pushing for adoption in the United States.

For Facebook, there is no question of calling into question an economic model based on the exploitation of personal data

A priori, there is more to applaud Apple – for which we know the economic model, which has always been based more on products more expensive than the competition, rather than using the personal data of its users for advertising purposes. Obviously not everything was perfect so far, since tracking took place in many third-party applications, even if it was already relatively framed for some time. However, the iOS ecosystem is now the only one that truly fully protects users against abusive tracking. since the implementation of these new rules.

Yet this new initiative immediately raised concerns. outraged reactions from other internet giants. Especially Facebook who goes up to accuse Apple of anti-competitive practices for that reason alone! In a message entitled “Stand up to defend small businesses” the CEO of the social network, says: “Apple’s new policy in iOS 14 will have a deleterious impact on many small businesses struggling to stay upright in a free internet on which we all depend now more than ever “. The manager accuses a little without embarrassment, it must be said, Apple of anti-competitive practices because of its stranglehold on its app store.

According to Mark Zuckerberg, the new rules will indeed shine the brand on the backs of app developers and small businesses. You almost wonder if the entrepreneur’s comment had a humorous aim: Facebook has distinguished itself many times for its anti-competitive practices, for example going as far as copying the functionality of Snapchat to drain its user base, or buying one by one all its biggest competitors like WhatsApp and Instagram, so thatthere is no longer a social network that can compete with Facebook today.

And we’re not even talking about the private life, subject on which Mark Zuckerberg’s social network doesn’t really have lessons to teach. It is hard to forget the Cambridge Analytica scandal, for example. For its part, Apple believes that the new rules do not imply that Facebook will have to change “The way the social network tracks its users and creates targeted advertising”. Apple believes the only real consequence will be that Facebook will have an obligation to let iPhone, iPad and mac users choose whether or not they agree to have their personal data collected permanently to use the social network.

“We think it’s just stand up to defend our users” , launches, a bit teasing Apple. Who pursues: “Users should know when their data is being collected and shared with other apps and websites – and they should be given the choice to allow this or not.” Touch ? Finally, note that Facebook and Google are currently the target of a complaint in the United States precisely for anti-competitive practices. The two firms are said to have agreed to capture half of the global online advertising market. 40 American states have also filed a complaint against Facebook, accused of monopoly, and demand its dismantling.