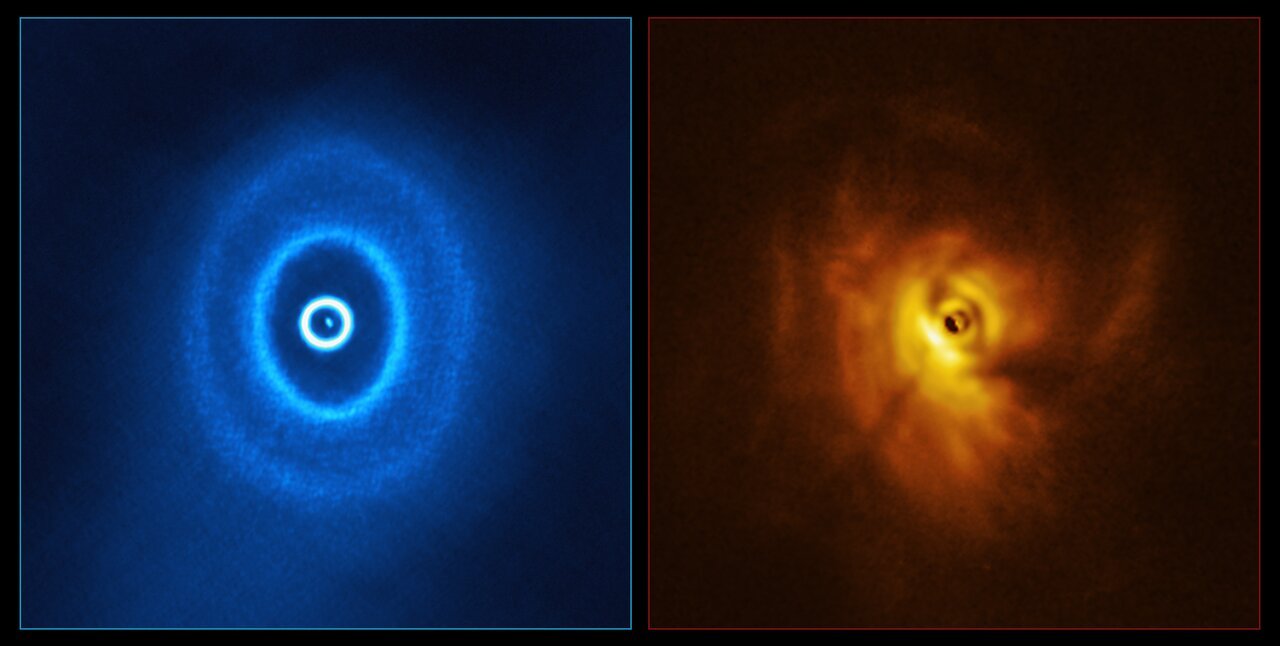 If you’ve watched the Star Wars saga, you know Tatooine, the home planet of Anakin Skywalker and his son, Luke Skywalker. The celestial body, despite being a work of fiction, brings the real concept of a circumbinary planet, that is, one that orbits two stars at the same time. Astronomers now believe they’ve discovered the first planet with a circumtriple orbit — one that circles not two but three stars simultaneously. Although it has not been spotted, the evidence for its existence is compelling.

See an artistic simulation of the tristellar system:

The gigantic exoplanet would be located in the GW Ori star system, about 1,300 light-years from Earth. Composed of three stars, the system has two smaller stellar bodies in a closed binary orbit and, orbiting around them, a larger star. Surrounded by a lot of dust, the three stars create an image that resembles a target. Looking more closely at the trio, something caught the researchers’ attention.

By 2020, astronomers had published a study in The Astrophysical Journal Letters, in which they analyzed the GW Ori system with the help of the Atacama Large Millimeter/submillimeter Array (ALMA) telescope in Chile. They found that its three dust rings were misaligned with each other, with the innermost ring, produced by the smaller star, “swaying wildly” in its orbit.

It was as if something had created a huge hole in the cloud of dust and gas that surrounds the system – about 15 billion kilometers in diameter – between the innermost ring and the other two. Some astronomers thought the gap had formed due to the gravity torque of the three stars, which “torn” the disk, but after a series of calculations, the probability turned out to be small.

Simulating the first planet with a circumtriple orbit

Astronomer Jeremy Smallwood and his team, from the University of Nevada, Las Vegas (United States), performed a series of 3D simulations, the results of which were published on September 17 in the scientific journal Monthly Notices of the Royal Astronomical Society.

According to the study, it is more likely that one exoplanet – or more than one – has made the hole. In all, the team ran 11 simulations and came to the conclusion that, without at least one giant planet – probably the size of Jupiter, the largest planet in the Solar System, with 2.5 times the mass of all the other planets in its group — there would be no way to break the disk of gas and dust in the tristellar system.

With simulations of the passage of time, the hole appeared again. “We don’t look at the planet directly, but there is some evidence that a planet is shaping this gap,” Smallwood said in the article. But the astronomer knows that it is not easy to confirm his assumption: the hypothetical planet would be far from the stars and would have an inclined orbit, which would make it difficult to detect with the usual method – which depends on its passage in front of a star, blocking part of your light.

And what would the observation of this system be like from the inside? According to the researchers, if a hypothetical observer were on the giant exoplanet and looked to the horizon, he would not be able to see all three suns rise and disappear in the sky, due to the closed binary orbit of the central stars of the system: the two would appear as a single large star, with the third rotating around it.

If confirmed, the existence of the circumtriple-orbiting celestial body would prove that planets can form under broader conditions than scientists imagined. For now, we can only watch Star Wars and imagine how many unknown and different worlds await us hidden by the universe.