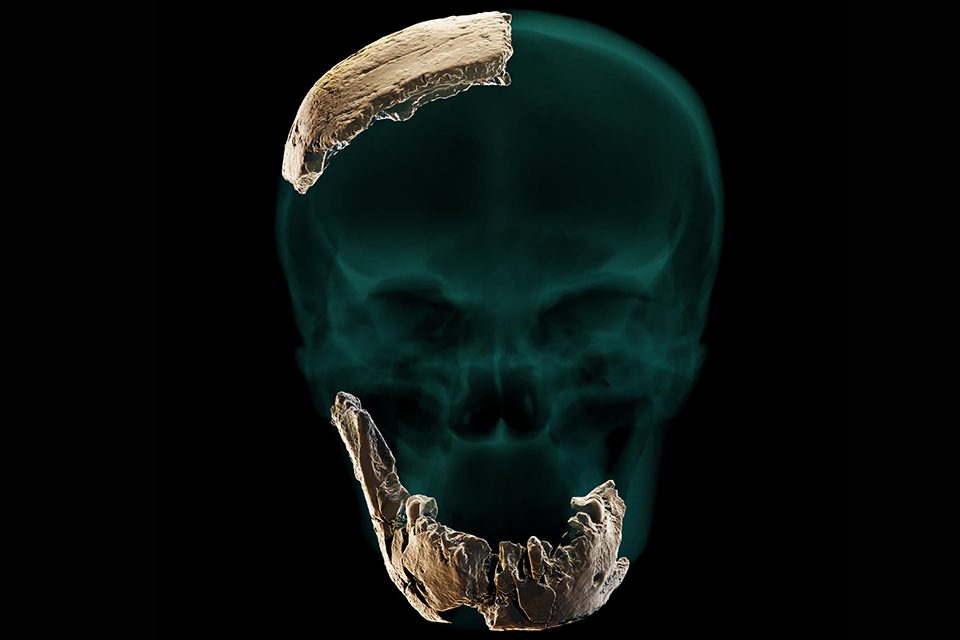 A new species of early humans was discovered during an excavation at the Nesher Ramla archaeological site in Israel. Researchers at Tel Aviv University and the Hebrew University of Jerusalem have found a fossil dated between 120,000 and 140,000 years old, composed mostly of skull and jaw fragments.

“[A descoberta de um novo tipo de Homo] it is of great scientific importance. It allows us to give new meaning to previously found human fossils, add another piece to the puzzle of human evolution, and understand migrations in the old world,” wrote Israel Hershkovitz, lead of the work.

Fossil of a new type of primitive human found in excavations in IsraelSource: BBC News/Reproduction

The specimen has not yet gained an exact classification by scientists, but it is believed to belong to an ancestral hominid from Neanderthals in Europe and archaic populations in East Asia. The group suggested that the individual would be present in the evolution of most modern humans during the Middle Pleistocene (1 million to 120,000 years ago), with cultural interactions between different lineages during the period.

“It all started in Israel. We suggest that a local group was the population of origin. During the interglacial periods, waves of the Nesher Ramla people migrated from the Middle East to Europe,” he told BBC News Dr. Hila May, study participant. “Nesher Ramla is important to confirm that different species coexisted side by side in the region at that time,” added Chris Stringer, professor at the Natural History Museum in London but not involved in the work.

The sample identified in the city showed similar characteristics to the other species, while also revealed a completely different cranial structure – such as the absence of a chin and larger teeth. Thus, scientists suspect that the creature’s type may represent a “missing link” of the ancient population that mated with Homo sapiens, a group that would have arrived in the region about 200,000 years ago — according to records in Misliya cave. 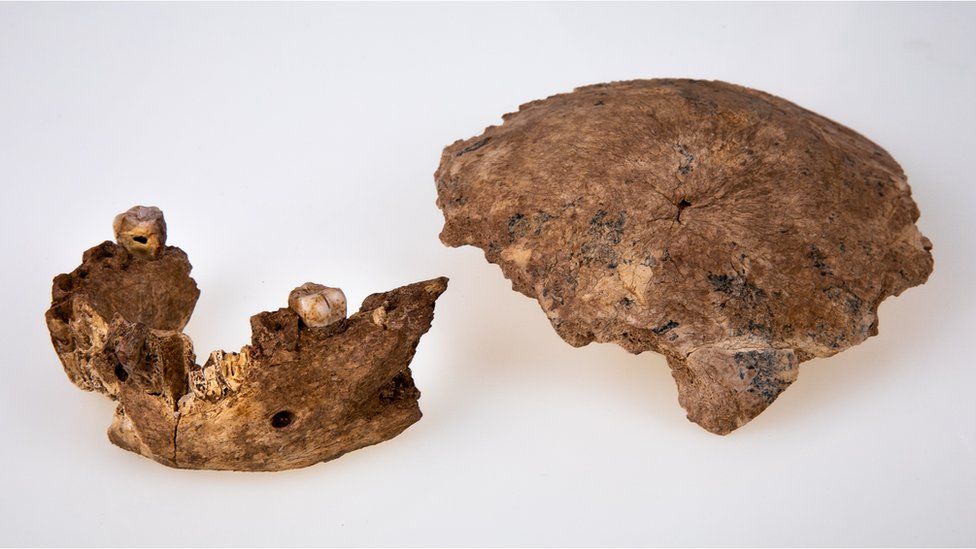 Jaw and skull fragments of the new speciesSource: BBC News/Reproduction

“It’s the first time we’ve been able to connect the different specimens. There are several human fossils from the caves of Qesem, Zuttiyeh, and Tabun that date from this time that we could not attribute to any specific group of humans. But, comparing its forms with those of the newly discovered Nesher Ramla, we justify its inclusion within the group [novo tipo de humano],” said Dr. Rachel Sarig.

This finding gains even more strength due to the identification of tools in place with other behavioral and environmental data associated with the fossil. In a deeper excavation, about 8 meters below the surface, large amounts of animal and human bones were also found, as well as tools made from stones. 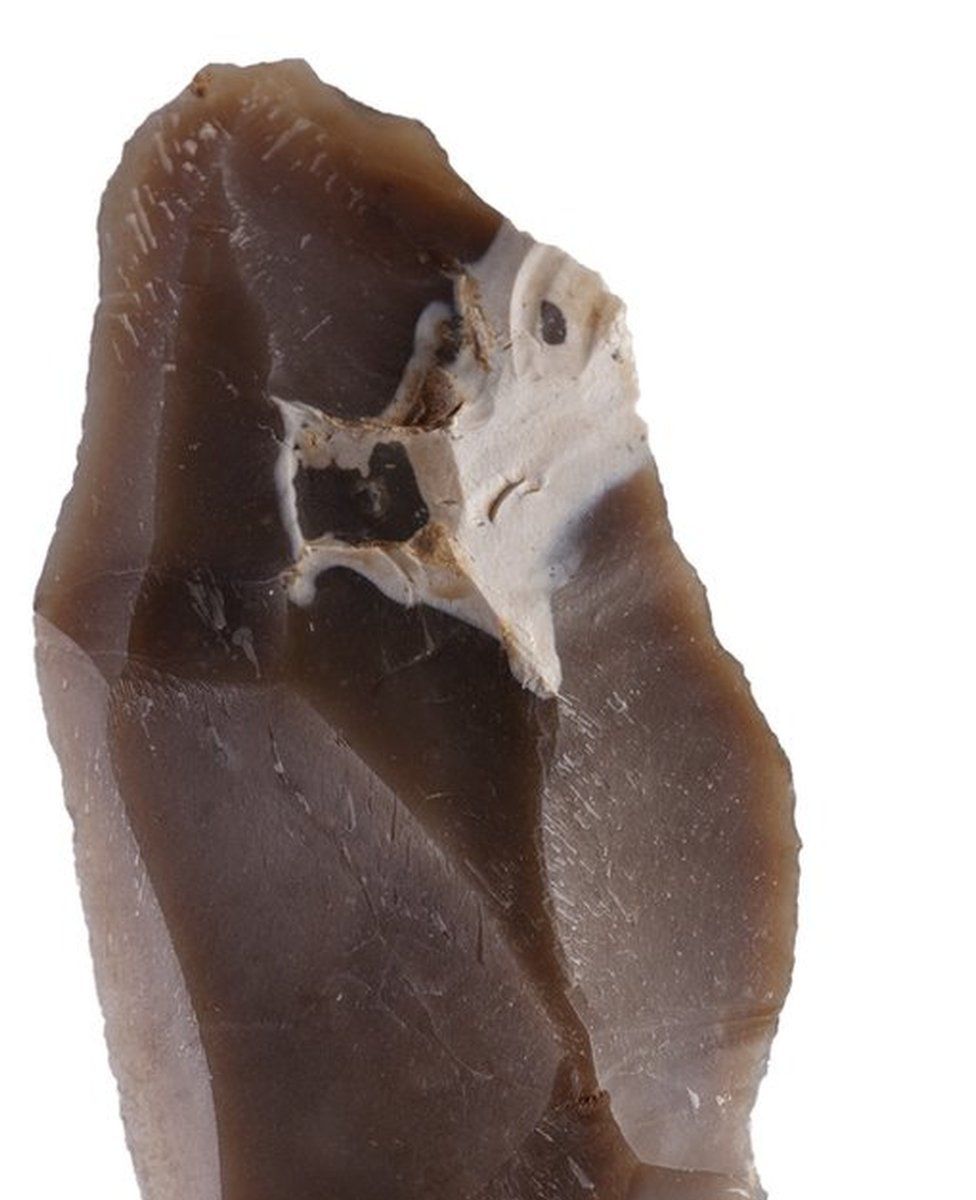 One of the stone tools used by Homo de Nesher RamlaSource: BBC News/Reproduction

In this case, the archaeological support pointed out that Nesher Ramla’s Homo dominated technologies until then attributed only to Homo sapiens or Neanderthals. This determined that the new type of individual discovered was an efficient hunter and used firewood as fuel to cook meat and maintain fires.

“It was a surprise that archaic humans were using tools normally associated with Homo sapiens, which suggests interactions between the two groups. We think it is only possible to learn to make the tools through visual or oral learning. Our findings suggest that human evolution is far from simple and involved many movements, contacts and interactions between different species of humans,” explained Dr. Yossi Zaidner of the Hebrew University of Jerusalem.