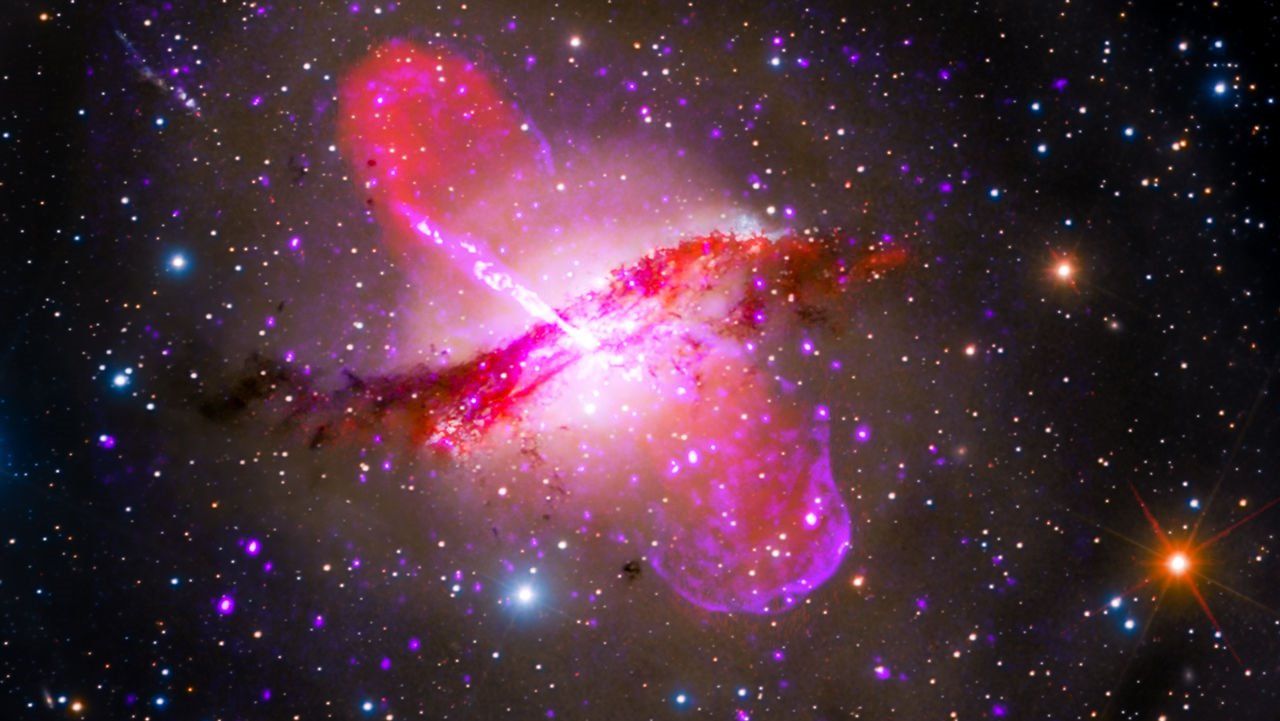 The team of astronomers who two years ago captured the first close up from a giant black hole, located at the center of the Messier 87 (M87) galaxy, has just zoomed in on a second giant a little smaller in the next active galaxy, Centaurus A. The feat, documented in the scientific journal Nature Astronomy, was carried out by the team of the Max Planck Institute for Radio Astronomy in Bonn, Germany.

Matter jets fired from the center of the Centaurus A galaxy, captured by the Event Horizon, are fed by a matter-eating black hole

The image, captured by the Event Horizon Telescope (EHT), should help resolve questions about how these galactic centers channel large amounts of matter into powerful beams and fire them thousands of light years into space.

Together, the images support the theorists’ belief that all black holes operate in the same way, despite huge variations in their masses. “This is very good,” said astronomer Philip Best of the University of Edinburgh of the EHT’s new image. “The angular resolution is amazing compared to previous images of these jets,” said Best.

How the Event Horizon Telescope works

The EHT combines dozens of radio antennas scattered from Hawaii to France and from Greenland to the South Pole — forming a massive virtual telescope. He simultaneously points the antennas at a celestial object, carefully keeping time with an atomic clock. Then the researchers merge the images into clusters of computing — in a process that takes years — to produce a single image with resolution as sharp as that of a single Earth-sized antenna.

The EHT only operates for a few weeks each year and bad weather and technical failures often narrow the operating window even further. The virtual telescope probed Centaurus A in 2017 and produced the now famous image of the supermassive black hole at M87 — the scientific discovery of the year 2019.

Centaurus A, about 13 million light years away, is one of the closest galaxies to Earth that glows at radio wavelengths. It has obvious jets spewing matter above and below the galactic disk — a hallmark of an active giant black hole. “We wanted to see what the jet would look like with the resolution that EHT could offer,” said Michael Janssen, one of the team members. “We didn’t know what to expect,” added the scientist.

The result was a detailed image of how the jet emerges from the region around Centaurus A’s supermassive black hole, showing a striking resemblance to the EHT images of the M87 jet — on a much smaller scale. While images of the Centaurus A jets taken by other telescopes at different wavelengths revealed little detail, the EHT images show the jet with a dark center flanked by two bright streaks.

For Best, the jet can look bright around its edge because its outer regions “rub” against the surrounding gas and dust, which would make it glow. But astrophysicists do not fully understand how the galactic nuclei direct these powerful sources.

One theory holds that an accretion disk—the maelstrom of matter spiraling through the black hole—generates a magnetic field that channels some of the matter into a jet. Others believe that the magnetic field must harness the rotational energy of the black hole itself to achieve such colossal power.

Centaurus A’s new observations do not resolve this issue, but they do provide clues. Janssen says the images show that the jet’s remarkably parallel edges narrow into a cone near the black hole. The base of this cone remains wide, he says, which might suggest it comes from the accretion disk. “It remains to be seen,” he said.

The new vision of Centaurus A, a galaxy 55 million times the mass of the Sun, resembles its larger and smaller relatives, which confirms the idea that black holes are essentially simple objects, defined only by their mass, charge and rotation, so those with the mass of a large star should behave no differently than one with the mass of a galaxy.