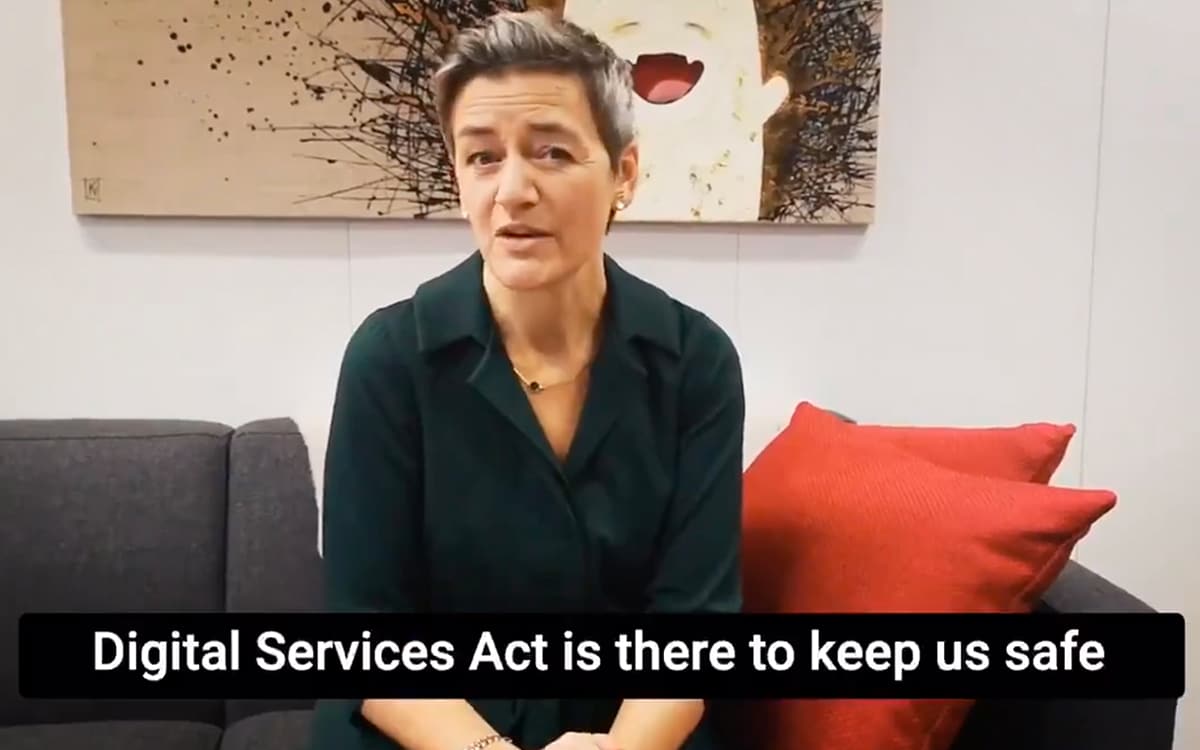 With the Digital Services Act and Digital Market Act, Europe is acquiring ambitious new tools to fight against the anti-competitive practices of internet giants such as Amazon, Google, Facebook and Microsoft – with mechanisms for sanction harsher in case of abuse.

Europe has just adopted two new laws, Digital Services Act and Digital market Act extremely ambitious to better protect consumers and businesses in Europe against the anti-competitive practices of American giants. In doing so, Brussels strengthens its global leadership in consumer protection, after the implementation of the GDPR, the famous personal data protection regulation, which obliges online services to limit data collection, now subject to the explicit consent of users.

“The two proposals serve the same goal “, explains Margrete Vestager, Commissioner for Competition, quoted by La Tribune ” to ensure that we, as users, have access to a wide choice of products and services online, in complete security. And that businesses operating in Europe can compete freely and fairly online just as they do offline […] We should be able to shop safely and trust the information we read. Because what is illegal offline is also illegal online” .

Digital Services Act and Digital Markets Act: two texts as ambitious as they are unprecedented in the world

The new texts will make it possible to limit the hegemony of multinationals on the continent, airing to allow competition to develop, while forcing them to be more transparent about how content is categorized, removed, or their online advertising practices.

In details, the Digital Markets Act forces large companies to allow competition to emerge, while preventing abuse of a dominant position. The text notably prohibits a list of practices “Clearly unfair” such as, for example, prohibiting users from uninstalling certain applications on smartphones or computers.

With the Digital Market Act, the giants of the net “Will no longer be able to collect data on companies that have chosen to go on their platform to compete with them”. A practice that has been criticized in particular against Amazon. They will also no longer be able to rank their services higher than those of competitors – which applies in particular to the Google search engine. Where it gets very interesting isin the event of non-compliance, companies are liable to a fine of up to 10% of their turnover.

In the event of a recurrence, Margrete Vestager warns that “structural remedies” may be imposed. Which could then go, we imagine, up to a blocking of offending sites or services. All of this with a mechanism that still allows such decisions to be appealed. On his side the Digital Services Act will force platforms to take more responsibility for removing illegal content. Here again, an appeal mechanism is put in place to allow rapid re-entry in the event that a sanction is not justified.

The text also obliges platforms to be more transparent about online advertising, and also, this is unprecedented, around the algorithms used to recommend content to users. The text also sets up tools to more easily find companies offering goods and services illegally on marketplaces. In case of non-compliance, sanctions can reach up to 6% of turnover. Which should be a strong deterrent. It seems that the time for the end of the wild west on the net has finally come!