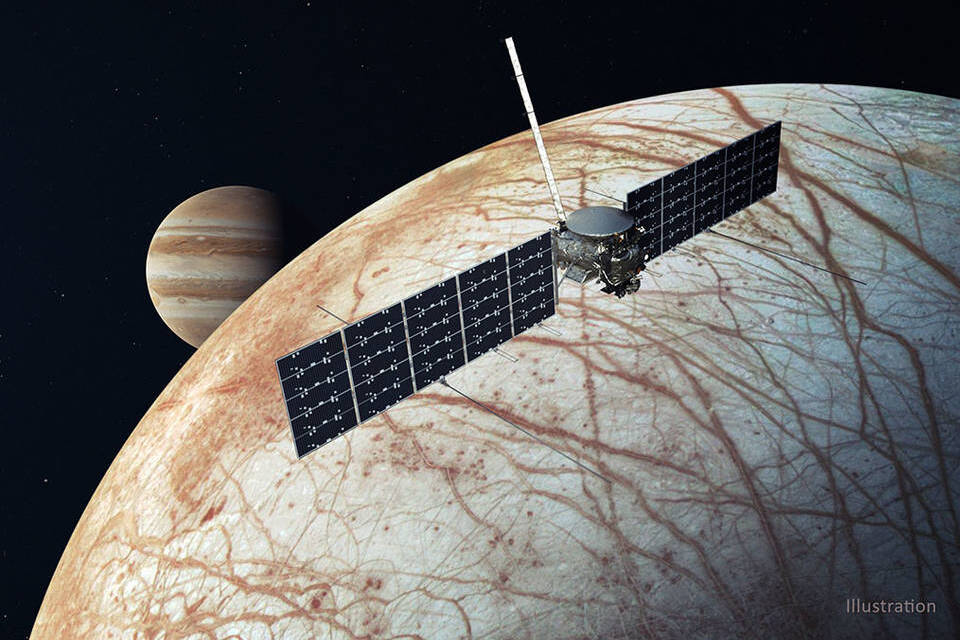 Scientists have found strong evidence that the moon of Jupiter, Europe, has an ocean in its rocky interior – below its outer frozen crust. Now new research and computer modeling by a team of researchers indicates that volcanic activity may have occurred on the seabed of Europe in the recent past – and may even be happening.

Illustration of the Europa moon, which may have volcanic activity inside it.Source: NASA / JPL-Caltech / Reproduction

More details can be obtained soon, with the start of the mission Europe Clipper, which aims to orbit close to the icy moon to collect measurements that can help scientists answer the question definitively. Its launch is scheduled for 2024.

Europa’s volcanic activity has been a topic of speculation for decades. According to the article published by NASA, in comparison, Jupiter’s moon Io is obviously volcanic. In it, hundreds of volcanoes erupt in lava sources and eject volcanic gas and dust up to 400 kilometers in height. The activity is due to the same type of internal heating caused by the attraction of Jupiter.

Europa is further away than Io from its host planet, so scientists wonder if the effect would be similar under the icy surface.

Jupiter’s moon is considered by the astronomical environment as an object with great potential for extraterrestrial life. Its frozen surface resembles a giant eyeball covered in veins. Below that frozen surface may be the rock layer – and it may be hot enough to melt, which would create underwater volcanoes. The authors predicted that volcanic activity should occur near the poles of Europa – latitudes where most of the heat is generated.

Cold on the outside, hot on the inside

According to the research, Europa could have enough internal heat to partially melt its rock layer – a process that would have the capacity to feed volcanoes on the ocean floor. NASA did a 3D modeling of how the internal heat is produced and transferred in it. This is the most detailed and complete examination ever carried out on the effect that internal warming could have on this moon. 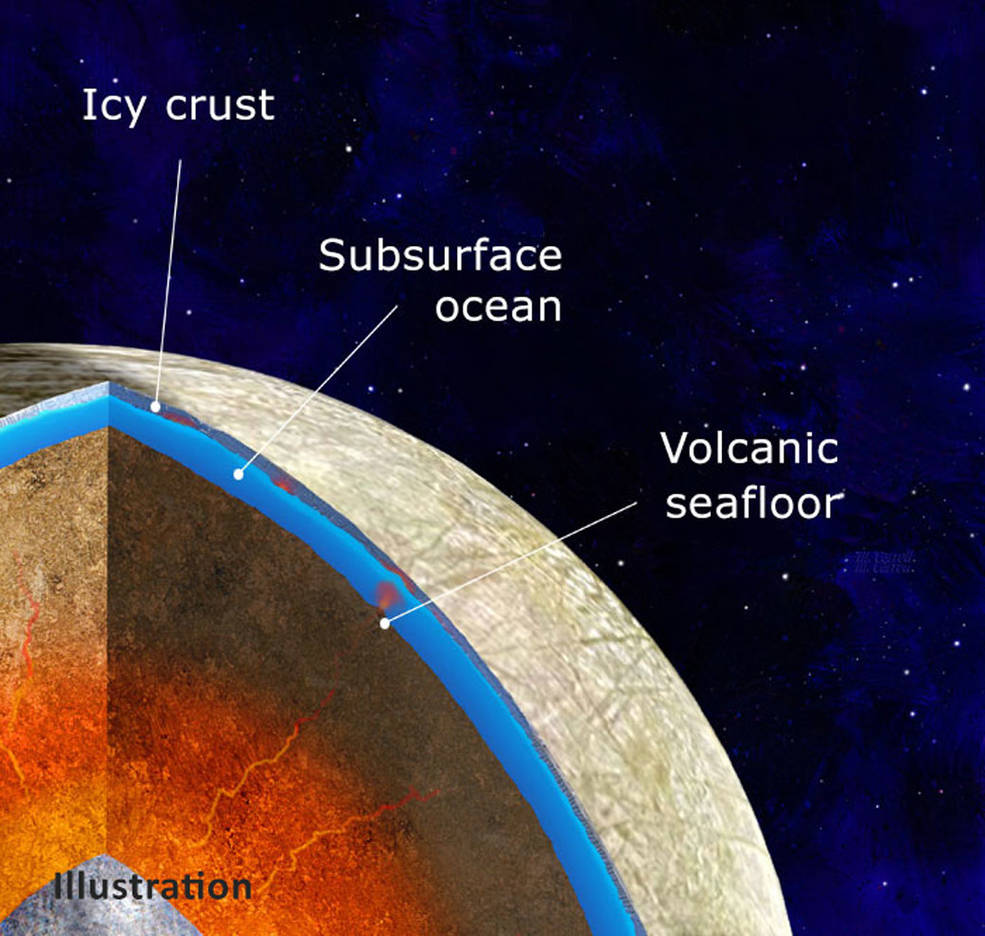 Representation of the interior of the Europa moon: on the inside, the volcanic soil; in the middle, ocean under the surface and outside, its crust frozen.Source: NASA / JPL-Caltech / Michael Carroll

What leads scientists to believe that the rocky mantle of the moon is hot enough to melt is the gravitational pull that Jupiter exerts on its moons. While Europa orbits Jupiter, the gravity of the huge planet causes its interior to flex. The movement then forces the energy into the moon, which leaks out as heat.

The more the moon’s interior flexes, the more heat is generated. Recent work shows locations and how the heat dissipates and how it melts the rocky mantle, increasing the likelihood of volcanoes on the ocean floor. And the discovery can bring hope, since on Earth, volcanic areas at the bottom of the ocean, even in the deepest parts, are usually full of life.

Underwater volcanoes could feed hydrothermal systems like the ones that fuel life on the bottom of the oceans here. On Earth, when seawater comes in contact with hot magma, the interaction results in chemical energy – which helps to maintain life in the depths of the oceans. Volcanic activity on the bottom of Europe’s sea would be a way to maintain a potential habitable environment.

The complete research, published in the scientific journal Geophysical Research Letters, was led by geophysicist Marie Behounková, from Charles University, in the Czech Republic.