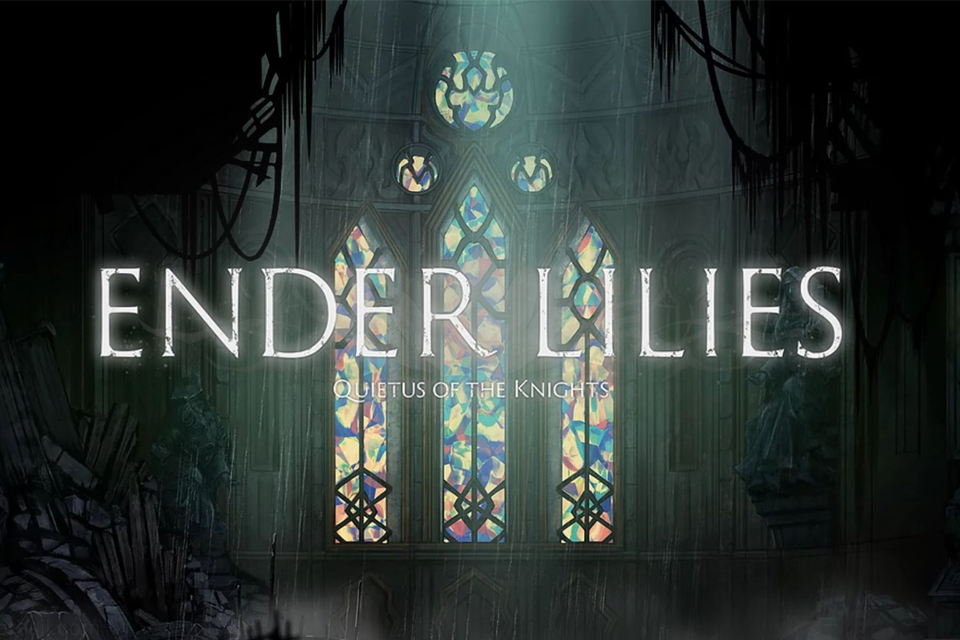 We live in a real flood of action games on a 2D platform, with RPG elements. When we say that a metroidvania will be launched on the market, it gives us chills, because the attempts are numerous, but few end up having an effect.

Vigil: The Longest Night, Carrion and Hollow Knight were some games that received the attention of this one who writes to you. Titles that captivated even those with furry hearts. But rest assured, if your emotion has been intact so far.

released by the studio Binary Haze Interactive, Ender Lilies adds several qualities found in the games mentioned above, such as combat mechanics, immersion and enemies, and also inserts a captivating story, which can be a good reflection.

The power of a good plot

In an increasingly technological world, seeing a metroidvania with a rich history, filled with plot twists is increasingly rare. That’s why we have to praise when we find a good text.

You are Lily, a helpless girl who appears lost in the Land of the End. A region that has been taken by an eternal curse, called “corruption”. The disease hit everyone and everything, making the population spiritually torn apart. Their former neighbors have become the most feared, conscienceless, and immortal adversaries.

Is it possible for a girl full of life, purity and delicacy to be able to overcome all this evil? This is where the Black Knight’s specter comes into play. The soldier wakes you up in a church and informs you that you are the only one who can end all the evil that plagues humanity.

Over time, you realize that you are the White Priestess, a warrior who can resist and transform all the evil caused by such corruption. Furthermore, it can still purify those who have been affected by the plague.

Lilies brings a universe rich in texts and especially in details, which will serve to shape the story and make Lily get involved with everything that happens in the Land of the End. Pertinent details in every comma, every word and phrase, transforming a simple enemy into an unfinished story that needs a happy ending. This is where the true power of the White Priestess comes in.

Throughout the adventure, Lily will enter various locations, inhospitable and very well detailed scenarios. For this you will have the help of several spectra, each with its own quality. Of course all places will be filled with enemies.

Only Lily is pure. It is a child without malice and without physical strength to fight enemies. Who will be in charge of this will be the specters that accompany the girl throughout history. Initially, the Black Knight will provide the necessary support.

Your defense is offense, but you can still count on double jumps, squats and a side dodge to avoid losing your life. Here’s some good advice: beware of damage as they are often severe. 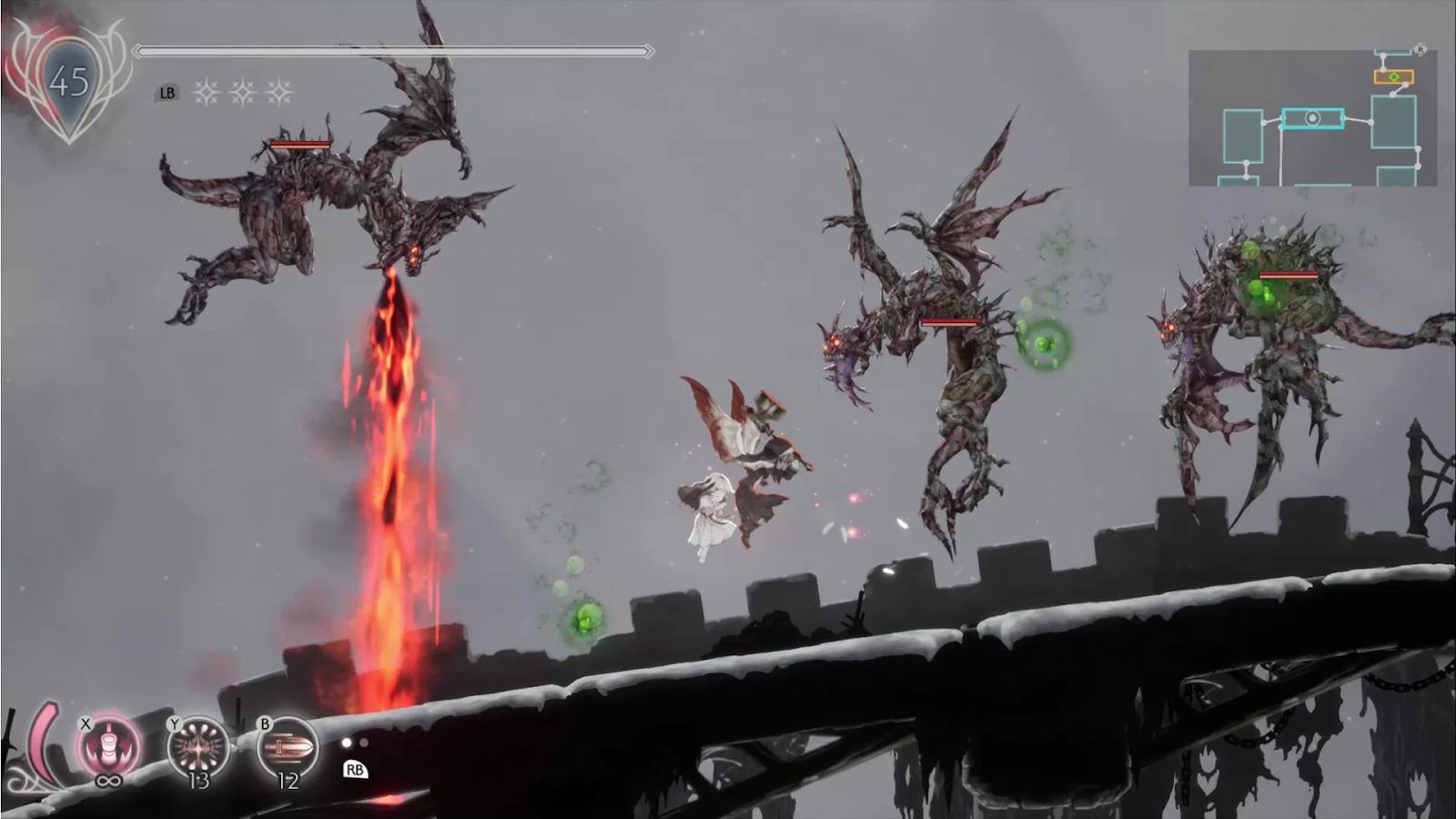 Many may find this decisive factor to disdain the game, mainly because they find it unbalanced. But it is worth remembering that we are talking about a little girl, fragile and without malice.

As the adventure progresses, certain “level bosses” will be purified by Lily, causing their powers to be absorbed by the girl. Each of them has a distinct quality and character. It is through these specialties that combat mechanics develop.

Apart from the power of the Black Knight’s sword, all other wraith functionality is limited. So be careful when using each of your companions’ specialties. You can recharge them when you find red lights in the scene. 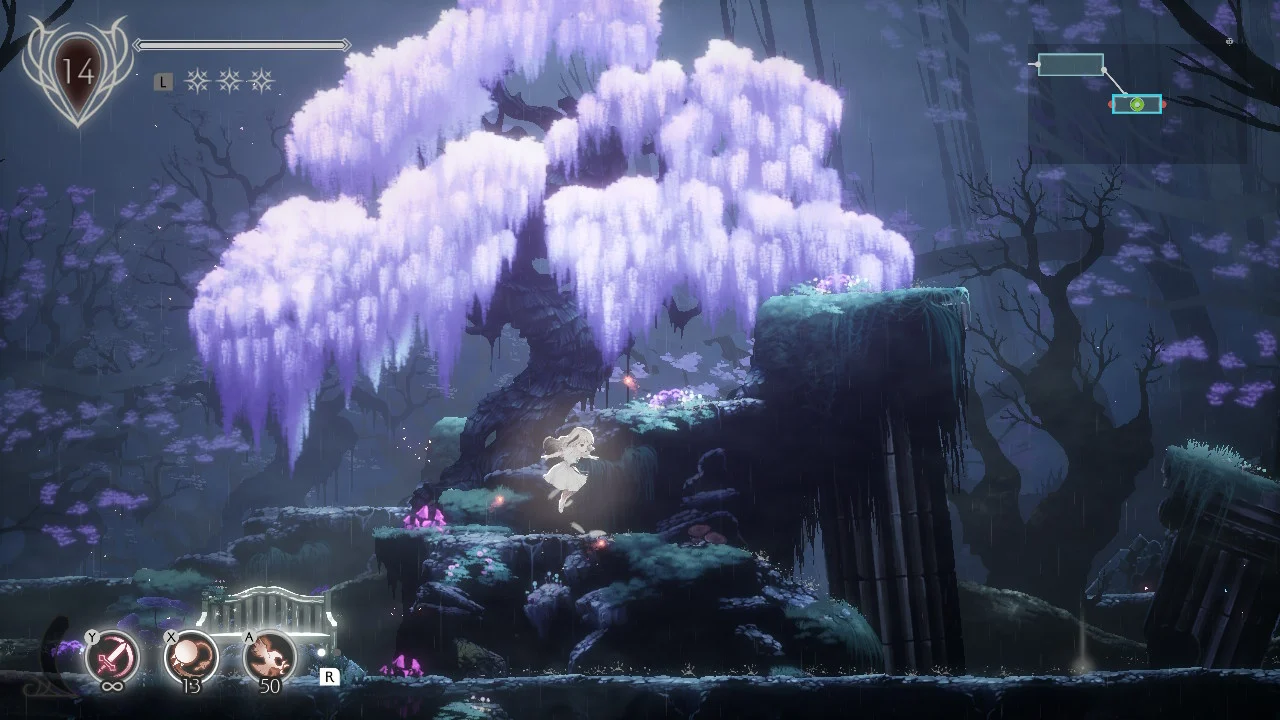 The game allows you to equip two groups with three spectra each, which can always be customized in any way you want. Each of them can also be upgraded, getting stronger and more deadly over time.

Get ready for the challenge, as the enemies are very diverse and numerous, making the adventure difficult in some aspects. As Lily has no protection, only evasion, it will be necessary to manage her energy auras very well, just as the “soul” worked in Hollow Knight.

The map also draws heavily from the source found in the title developed by Team Cherry. There is no right sequence to venture into. It will all depend on your intuition. unlike Hollow Knight, in Lilies you don’t feel lost and here we find a merit of the studio.

The graphics, even if dark and with an excess of shadows, lights and dark palettes, manage to diversify the game scenarios. This helps in your journey towards the ultimate goal. 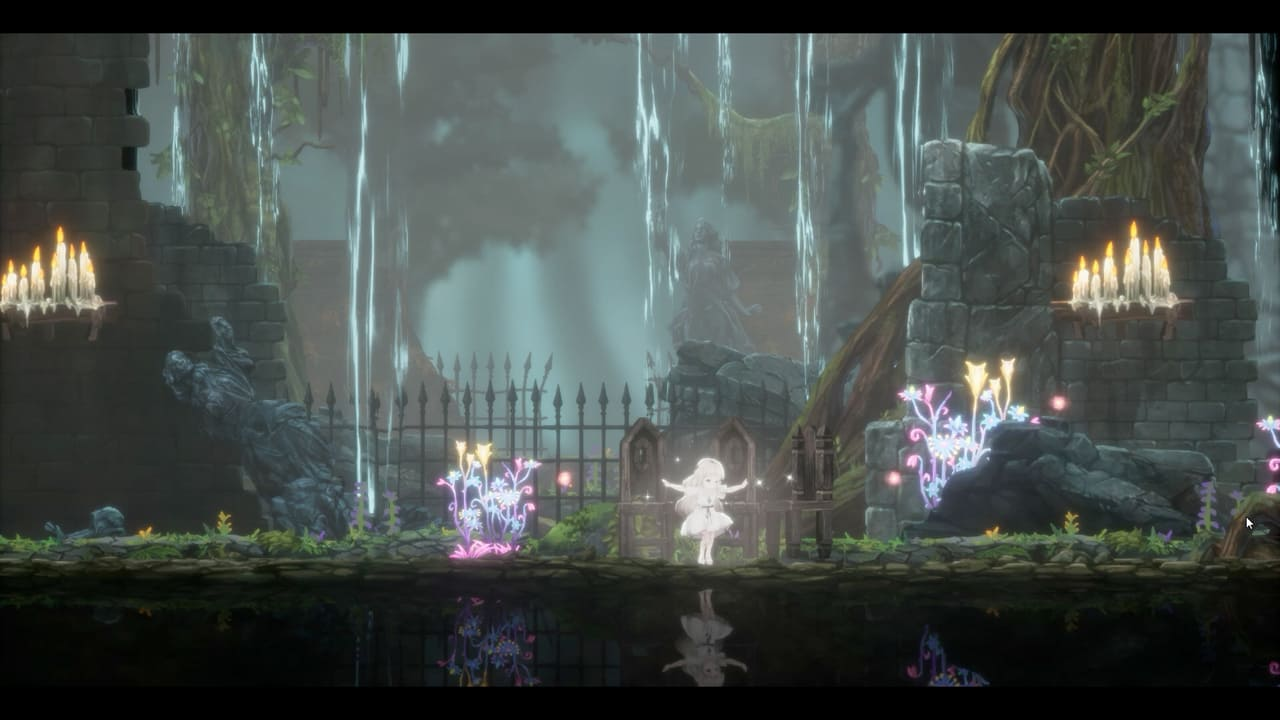 Lily is splendid, the wraiths are fantastic and the enemies convey exactly the notion of being possessed and degrading over time. As much as there is a morbid aspect, it is not appealing. It doesn’t shock those who are having fun with the game.

The background piano sets the tone for the adventure, just right. The soundtrack is captivating and helps players immerse themselves in all that the Land of the End represents when taken by corruption.

Lilies it’s a virtually flawless game. It brings a challenge in the right measure, with a growing difficulty without being appealing. It gives you the power of choice, even with a two-dimensional map.

The true fans of a classic metroidvania will be happy with the result presented by the developer.

Ender Lilies has been kindly provided by Binary Haze Interactive to carry out this analysis.