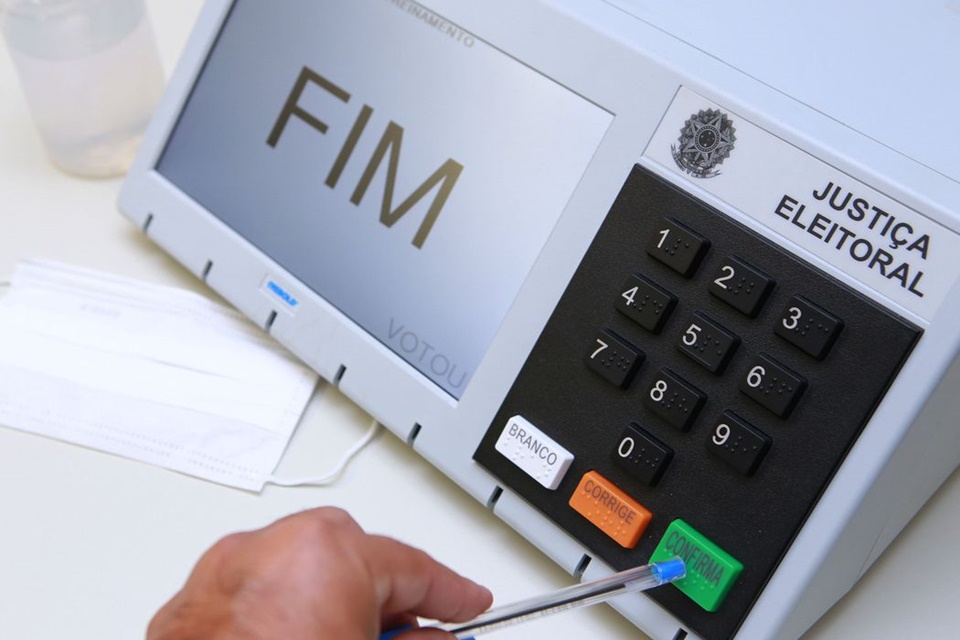 Electronic voting machines were used in Brazil for the first time on May 13, 1996. Turning 25 in 2021, the system was developed by professionals by researchers and technicians from institutions such as the National Institute for Space Research (INPE) and the Aerospace Technical Center (CTA).

The adoption of the project was considered a “revolution” in the country’s elections, which were previously carried out using paper ballots. Before having specific software, vote counting was done manually and took a long time.

“These were elections that did not represent the legitimacy of the vote and the will of the voter. Elections made with pen and ink, with the use of blank votes and other frauds, “said Carlos Velloso, who was president of the Superior Electoral Court (TSE) when electronic voting machines were instituted.

In addition to minimizing the possibilities of fraud, the TSE pointed out that electronic voting machines deliver agility, reliability, security and, ultimately, strengthen Brazilian democracy itself.

Despite being inaugurated in 1996, the first 100% computerized election in the country was held in 2000. Since then, the TSE and the Regional Electoral Courts (TRE) have distributed the ballot boxes in the 4 corners of the country every 2 years, during the period of elections.

Even with the TSE denying alleged problems, the subject of an electronic voting machine has become the subject of political disputes in recent years. For two decades, Brazilian lawmakers have been trying to get the electoral system back to the printed model or at least to have the ballot box issue a paper ticket that proves that voter’s vote. Speaking on the topic a few years ago, President Jair Bolsonaro (without a party) again strongly defended this second option.

According to him, it is necessary to complement the electronic system with a role that would serve as a conference and guarantee which candidate was effectively chosen.

“We will certainly approve in Parliament and we will have a way of auditing the vote at the time of the 2022 elections. Whoever wins, but in certainty, not in the suspicion of fraud. We cannot admit this because voting is the essence of democracy and your count must be known to everyone and audited so that whoever you may choose to represent in the future, represents you “, argued the president during a tour with motorcyclists last weekend.

Critics with no political party affiliation say that the Brazilian system does need to be revised on some points. One of the main criticisms is related precisely to the fact that the vote needs to be audited outside the virtual environment.

“The printed vote is a proposal that, in addition to using electronic memory, records the votes also on paper. No technical knowledge is required to read a number printed on paper. For this reason, this form of registration allows all voters, even laypeople in technology, to participate in the audit of the electoral process ”, say Information Security researchers Diego Aranha, Pedro Barbosa, Thiago Cardoso, Caio Lüders and Paulo Matias in technical material on the electronic ballot box.

The group participated in TSE’s public security tests in 2017, and published several vulnerability materials in the ballot box. They advocate a specific model of printed voting where the voter would not take the voucher home, as this system would violate the secrecy of the vote and cause major problems in relation to the purchase of votes, for example.

Experts say the solution is essential to make elections in the country more reliable and transparent.

On the other hand, the TSE defends that the electronic ballot box is completely safe and that it does not need to print a proof on the voting paper, much less be replaced by the previous format of the election, on ballots.

According to the agency, the system “uses the most modern information security to guarantee integrity, authenticity and, when necessary, secrecy. These mechanisms were put to the test during the Public Security Tests carried out in 2009 and 2012, in which no attempt to tamper with the systems or the voting results was successful ”.

The Court also pointed out that there are several mechanisms for auditing and verifying the results that can be done by candidates and coalitions, the Public Ministry (MP), the Brazilian Bar Association (OAB) and by the voters.

Even on the conference of votes, precisely one of the criticisms of those who intend to institute the printed vote, the TSE’s defense is that the ballot box generates a bulletin at the end of the vote. This ballot has the counting of all the votes counted by the ballot box in a given electoral section and is transformed into a public document at the end of the contest.

The TSE has already vehemently opposed the printed vote saying that it would bring a much higher cost to the elections and that the model would not make a safe return. The body considers the discussion to be a “setback”.