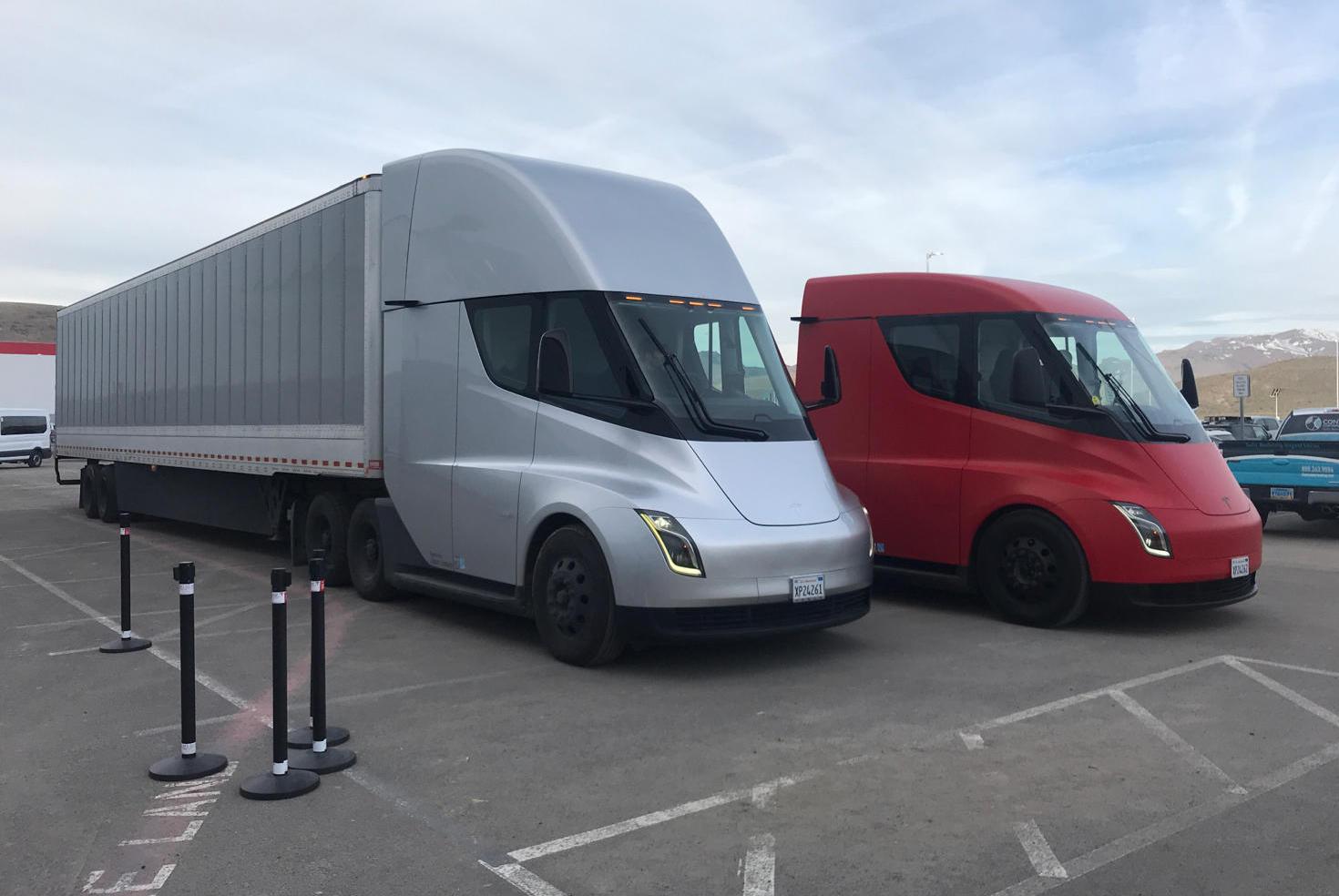 Those following TecMundo certainly saw this week’s “fight” between Tesla CEO Elon Musk and Microsoft creator Bill Gates over the viability of electric trucks. Teased by a Twitter user, Musk fired that Gates “had no idea” of what he was saying when he questioned, in August, the practicality of electric vehicles for long journeys and cargo transportation in heavy models.

Tesla launched its Semi electric truck in 2017, but is behind schedule on the delivery schedule for the models, originally scheduled for last year. Musk may have felt the “hint” that his company was not mentioned among the compliments of Gates, who cited electric pickup manufacturers like GM, Ford, Rivian and Bollinger – noting that Tesla is working on the Cybertruck pickup at the moment.

Electric trucks could be a reality in cities before passenger vehicles, due to sustainability, less noise in circulation and low maintenance and energy recharge costs

Leaving aside the quarrels between visionary billionaires, the fact is that the scenario of electric trucks still divides opinions: on the one hand, there are those who question the viability of models at high prices – which seems to be a constant when talking about electric vehicles until now. On the other hand, enthusiasts do not shy away from stating that electric trucks could become reality in cities before passenger vehicles, thanks to their sustainable advantages (low CO2 emissions), less noise in circulation and low maintenance and energy recharge costs. .

In fact, such benefits are very inviting to the environment of cities, in their frequent strategies to expand sustainable aspects and optimize urban mobility of services, such as garbage collection.

Regarding companies, the most sought-after attributes involve e-delivery models, as seen in the case of the electric model of Volkswagen Caminhões e Ônibus (VWCO).

With its production started in August, the model developed in Brazil is being made at the Resende plant (RJ), with sales expected to start in the first half of 2021. According to information from the Estadão, the company created the e-consortium with companies such as Bosch, CATL, Moura, Semcon, WEG, Meritor and Siemens – a business model that includes the assembly of the vehicle and the installation of the battery charging infrastructure.

In the last two years, the model has been tested by Ambev in the city of São Paulo. First acting in the distribution of beverages, the electric fleet started to serve supermarkets in the pandemic. According to company data, so far Ambev has stopped emitting more than 22 tons of CO2 into the atmosphere, with a reduction in diesel consumption by more than 6,500 liters.

Giants at the forefront

In addition to the companies mentioned, other giants in the sector such as Mercedes, Scania, Volvo, Iveco and Renault are also betting on the electric fleet of trucks and pickups. In 2009, Renault Trucks was the pioneer in launching electric vehicles for cargo transportation. With good results, the French company already sells in Europe the second generation of its electric models – which includes the Master ZE van and the D ZE and D Wide ZE trucks, with capacities from 3.5 to 26 tons of Total Gross Weight (PBT) ).

Mercedes-Benz Trucks began investing in the electric truck segment in 2018. The company delivered ten eActros (18 and 25 tonnes) for testing by German and Swiss companies, used in distribution and transportation operations.

Volvo started selling its electric trucks in late 2019, with production starting at the Swedish plant in March 2020. In turn, Scania has been selling two hybrid types of electrified trucks in Europe since last year. The Daily model, from Iveco, has a range between 90 and 130 km at full load, depending on the type of route and operation. According to the company, the batteries received adjustments that increased the efficiency by 20%, in addition to reducing the weight of the system. In practice, the semi-lightweight can receive up to 100 kg more payload compared to the previous version.

Daimler Trucks plans to offer electric vehicles in all of its main sales regions by 2022: the FUSO eCanter, in light trucks, the Freightliner eM2, among the medium-sized ones, and the Mercedes-Benz eActros and the Freightliner eCascadia, for heavy vehicles. According to a recent disclosure by the company, customers from around the world have traveled more than 7 million kilometers with CO2-neutral, battery-powered trucks and buses.

Investment that pays off

Experts heard by AutoSport, in a March report this year, point out that the difference in the purchase value of electric trucks compared to diesel models is offset by the lower costs of maintenance and energy recharging – within the average age of changing the fleet.

For this calculation, the maintenance and fuel costs, provided by the manufacturers and the National Petroleum Agency, are scored: for a light diesel truck, each kilometer traveled costs between R $ 1 and R $ 1.05. In an electric model, recharged at night, when the price of energy is lower, which runs 100 km per day, the R $ 120 thousand of the investment can be paid in six years (taking into account the 250 business days per year). That is less than half the average age of 13.9 years for light trucks that run in the country, according to the National Land Transport Agency.

Electric truck “pays for itself” in 6 years, diesel takes an average of 13.9 years

The scenario of trucks and electric trucks is partly similar to that of passenger vehicles, with the difference that the amount invested ends up being recovered in a few years – not to mention the savings mentioned and the benefit to the environment. The useful life of cars and their “status” as an object of consumption turn out to be slightly different from that of trucks. With more options on the market, transportation and distribution companies will end up being attracted to trams – in the near future, greener and less noisy for cities.

Beto Marcelino, biweekly columnist of TecMundo, is an agronomist, founding partner and director of government relations at iCities, the company that organizes the Smart City Expo Curitiba, the largest event in Brazil on smart cities with the seal of FIRA Barcelona.