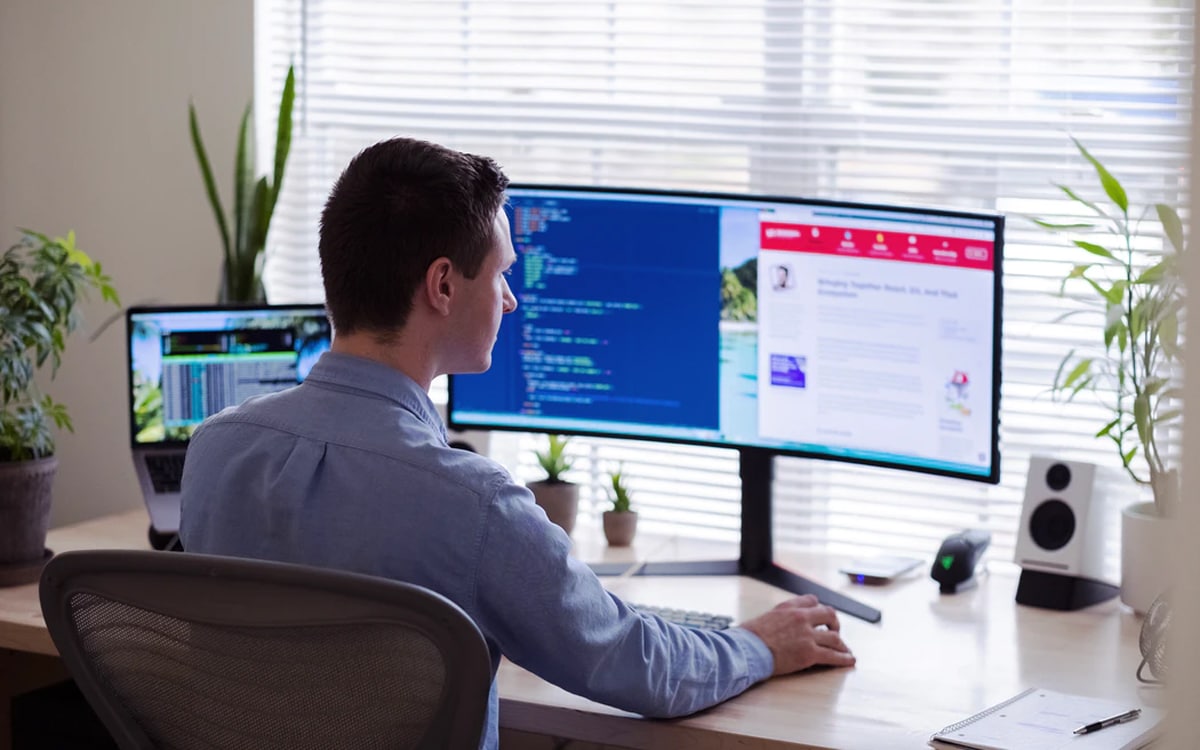 Economists from the Deustch Bank believe that teleworkers should pay an additional tax, to supplement the incomes of modest workers forced to go to their place of work.

After the tax on headphones or the automobile penalty determined by the weight of the vehicles, here is a new tax idea from the German economists of the Deustche Bank. According to these researchers, it is necessary to tax teleworkers. The idea here is to compensate for the shortfall in certain professions due to teleworking.

“Telecommuting offers direct financial savings on expenses like transportation, lunch, clothing and cleaning. Add to that the indirect savings through the waiver of social and other expenses that would have been incurred if a worker had been in the office ”, says Luke Templeman, researcher at Deutsche Bank and co-author of the report dedicated to this new tax.

A tax to help low-income workers

According to Luke Templeman and his partners, this tax could bring in billions of dollars, which could then be redistributed to low-income workers and whose recourse to telework is impossible. According to these researchers, teleworking will become normal once the health crisis has passed, and the implementation of a tax on this new organization of work must be introduced.

Proof of this is, Twitter has confirmed that its employees could telecommute after the crisis. At Google, employees will be able to work from home until July 2021, see later. For example, Luke Templeman recalls that between 2005 and 2018, the number of Americans working regularly from home increased by 173%. Moreover, of the 52 million Americans currently working at home, 33% of them want to telecommute at least twice a day after the pandemic. Another data from research firm S&P Global Market, 66% of UK companies say at least 75% of their employees can work effectively from home.

In fact, the director of this study proposes to establish a 5% tax for each day spent teleworking. Thus, for a salary of € 37,000, i.e. the average annual salary in France according to INSEE, this would represent a contribution of € 7.69 per day worked from home. The tax would be paid by the employer if the company in question does not have an office, while the self-employed and low-income individuals could be exempt.

On the other hand, employees who use telework when they have the possibility of going to their place of work would have the obligation to pay this tax via a direct deduction from their salary. For the researcher, homeworkers deprive the economic circuit of many potential expenses: lunch in a restaurant between noon and 2 p.m., full of gasoline before going to work, a beer on the terrace when you leave work… In short, you understand.

As said previously, the sums collected could supplement workers’ incomes with modest incomes. “From a personal and economic standpoint, it makes sense that these people get a helping hand. It also makes sense to recognize that essential workers who assume the Covidien risk for low wages. Those who are lucky enough to be able to “disconnect” from the economy face to face owe it to them ”, supports Luke Templeman.

According to results obtained by researchers at Deutsche Bank, America’s 29.2 million low-income earners could see their annual wages increase by $ 1,666, i.e. a gain of $ 138 per month. Of course, this tax remains only one idea among many others mentioned in the report of researchers from Deutsche Bank.

But anyway, this proposal is reminiscent of how much new labor regulations are needed, at a time when it is precisely totally upset. And you, are you in favor of the introduction of such a tax? Do you think it is justified? Tell us in the comments.