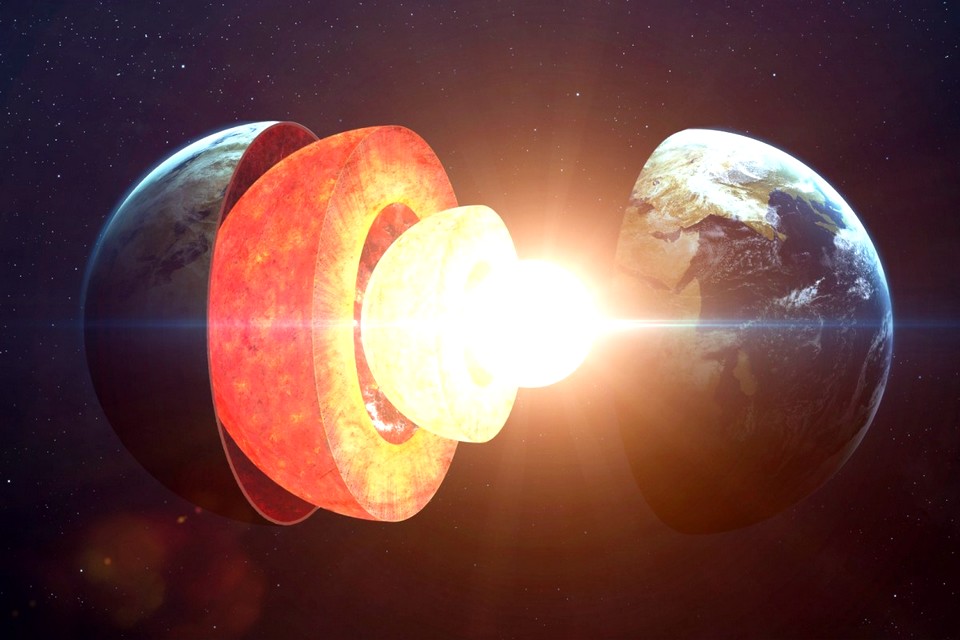 For those who remember geography classes at school, the Earth is divided into layers: the outermost is the atmosphere, followed by a crust, mantle, outer core and inner core. Researchers at the National University of Australia (ANU) have now announced that this structure will need to be corrected, given the evidence that, inside the planet, there would be a third nucleus.

“We found evidence that may indicate a change in the structure of iron within the Earth, which suggests perhaps two separate cooling events in the planet’s history,” said lead author of the study, mathematical seismologist and geophysicist Joanne Stephenson.

In 2015, a team of researchers from the University of Illinois (USA) and Nanjing (China) analyzed echoes of earthquakes and found that the iron crystals in the center and those on the outside of the inner core have very different structures: while those in the interior ( occupying about half the diameter of the structure) point in the east-west direction, those at the limit with the outer core were aligned north-south.

“The fact that we have two distinct regions can tell us something about how the inner core is evolving. Throughout Earth’s history, it may have undergone drastic changes as it formed, and this process would be the key to how the planet evolved,” at the time, in a statement, one of the study’s authors, geologist Xiaodong Song.

The change during the formation of the Earth’s nucleus, 4.6 million years ago, was a turbulent period that left deep marks inside the planet, as revealed in the 2015 study.

“The researchers noted differences in the way the seismic waves travel through the outer parts of the inner core and its interior, but it has never before been suggested that the alignment of the crystalline iron that makes up this region is completely crooked compared to the outer parts,” he said. geologist Simon Redfern, from the University of Cambridge, in an interview with BBC News.

For the scientist, who did not participate in the study, “if this is true, it would imply that something very substantial has happened to reverse the orientation of the nucleus, changing the alignment of the iron crystals to the north-south direction.” He added that the study is fundamental to understand what will happen to the planet in billions of years, since the Earth’s core is growing at a rate of 0.05 mm per year.

The next step was to obtain evidence of the differentiation of the internal nucleus by scientists from ANU, involved in research that deals specifically with the interior of the Earth. In 2018, the group returned to seismic waves and proved that the Earth’s core is solid and, at the same time, softer than imagined, which means that it can deform more easily.

The echo of seismic waves has been used to investigate the Earth’s core.Source: Indiana University Bloomington / Reproduction

Earthquake echoes were also employed in Stephenson’s research, with a little more help: “The idea of ​​another distinct layer was proposed decades ago, but all research in this regard has always yielded data that were not very clear. We managed to get around this using a very intelligent search algorithm, trained to search through thousands of models of the inner core, ”she said.

Despite the evidence, it is not yet known what caused this separation in the bowels of the planet. “The details of this great event are still a bit mysterious, but we added another piece of the puzzle when it comes to our knowledge of the Earth’s inner core.”