Released January 2015 on PS4, Xbox One and PC, Dying Light, originally planned also for PS3 and Xbox 360, was honest in its message: Techland, the Polish studio that sought redemption in this game for Dead Island, said he would only release it to the current generation platforms at the time, ie, PS4 and Xbox One, in order to deliver the “right way” experience.

Inserted in a context in which the undead saturated the entertainment market with countless approaches, already in a period when all of us had matured the phenomenon The Walking Dead, Dying Light represented a new dawn for zombies thanks to a consistent open world, alive, with excellent competence in the dynamic night/day cycle and the house sauce: parkour, a fundamental component of gameplay and the character’s mobility around the world.

Even though it’s a product from almost 7 years ago, the adventure to date represents a good menu of visuals, density, lighting system and other details, especially in the PC version. The truth is Dying Light it has a large scope and, in a way, a technical personality in its characterization. Porting all of this to Switch wouldn’t exactly be a trivial task – boldness favors the bold, in Techland’s view, which hit the nail on Nintendo’s hybrid-oriented version, given the console’s limitations, of course.

Check out the video impressions:

In terms of resolution, the title runs in 720p on Switch, in dock or portable mode, and can fluctuate according to the scene in question. You will notice more image stability when standing still.

Noises start to appear during movement, in which there is a “break” in enemies, objects and other elements of the scenery, which can, also depending on the stretch, appear and disappear as you approach, generating the known “flickering” effect ”, when certain items “blink” in response to an immediate rendering.

Distant enemies, in turn, are imbued with “slow-motion mirage,” a well-known technique that reduces the frame rate in background elements to alleviate hardware resources. It’s common to see games at 60fps, for example, with secondary animations running at 30fps, precisely to reduce the overall performance stress and thus deliver a satisfactory overall performance.

Working with hardware that is noticeably inferior to other consoles requires the team to work on optimization that involves time, patience and, above all, talent. Together, this holy trinity usually makes good pieces, whatever they may be.

In this sense, the game features some on-screen artifacts, highlighted mainly during combat, specifically because of the reconstruction technique that Techland uses, the fast movement and the grainy characteristic that Dying Light uses in its image filter – something that demands a lot from Switch’s memory, CPU and bandwidth, but which is part of the art aesthetic conceived to the game on other platforms.

The important thing is to be aware of a simpler visual and performance nature, but with the advantage of the portable aspect

Even if you turn off the grainy effect in the menu, it only fades, but doesn’t completely eliminate the onscreen dithering. Again: the title was born with that choice. Despite the hiccups, it’s impressive how the Switch handles the stride well. 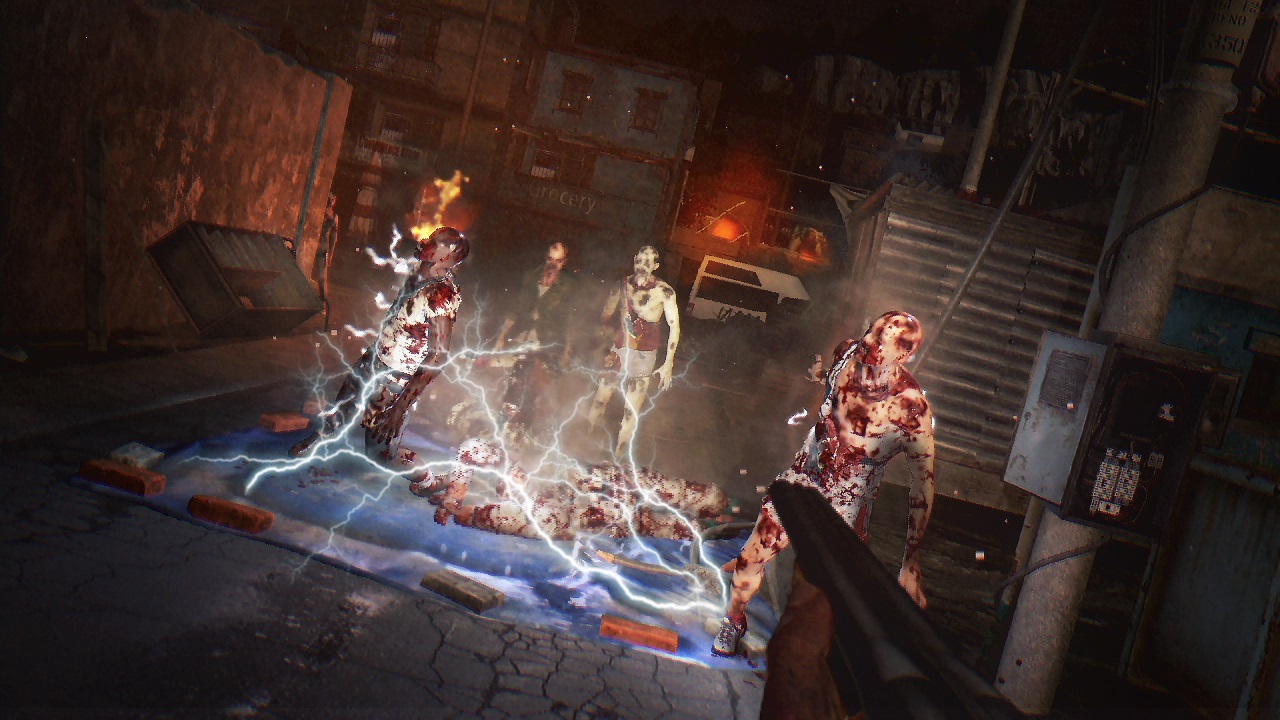 You fight, run, roll, jump, slide, smash doors, throw Molotov cocktails and do whatever Dying Light always gave the right to do – aware of a simpler visual and performance circumstance by today’s standards, but with the advantage of the portable aspect.

The night/day contrast also brings colors in hot and cold temperatures to suitably match the kind of atmosphere these periods require, with a dirt haze that gives the air that barren look.

Even chain combustion doesn’t generate the expected drop in frame rate – the Switch staggers back and forth, but goes straight on the tightrope of 30fps and maintains that fidelity most of the time. 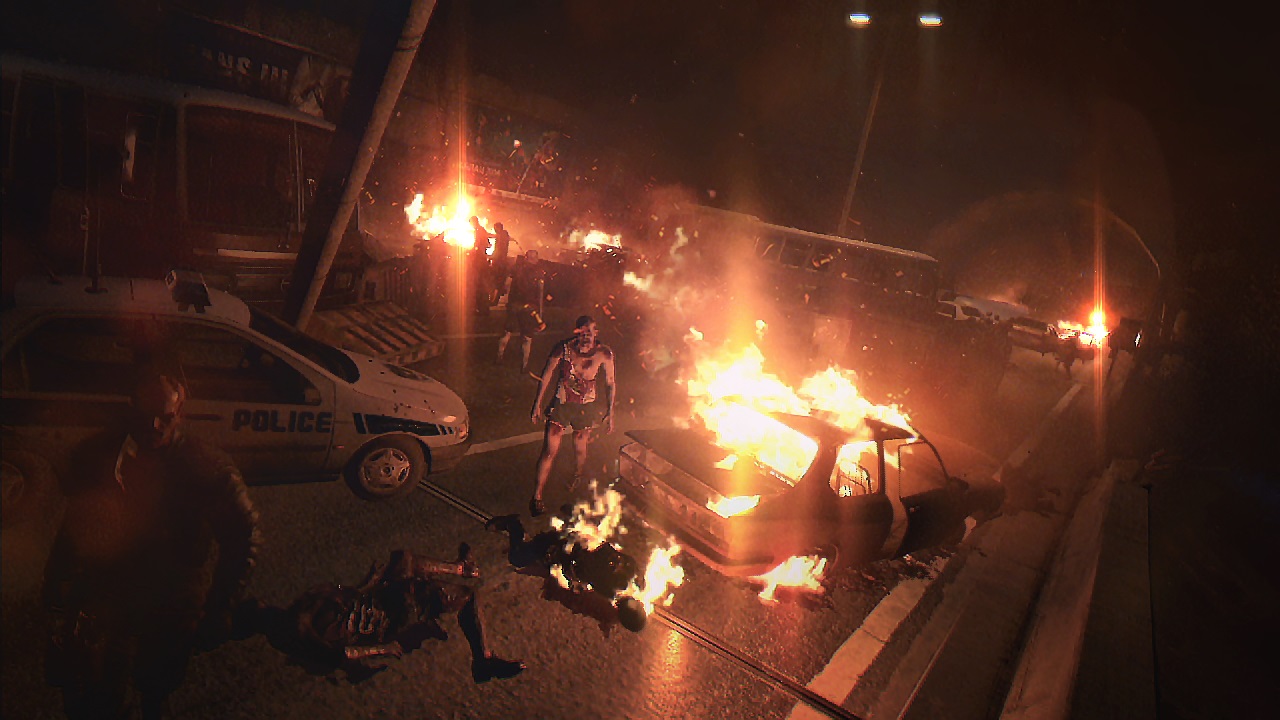 It is mandatory to point out that, in the field of performance, the conversion was made from a source material running at 30 frames per second on PS4 and Xbox One, and not 60, which would give flexibility to cut the value in half and thus , alleviate Switch hardware resources.

Here, however, Techland had to stick to the same 30fps consoles of the last generation and managed to achieve this with good stability, within a large open world full of particularities, such as the fire already described, the explosions in electrical panels and from the concentration of massive zombies, among other effects that drain a lot of hardware resources.

Pleasurable gaming entails other small sacrifices that Switch’s circuits ask for: fewer zombies on-screen, reduced draw-distance, lighter shadows, and leaner textures, but again, it’s admirable to see the “seesaw” balancing well between these sacrifices and the efforts for the game to run satisfactorily well if we consider the scope it has. 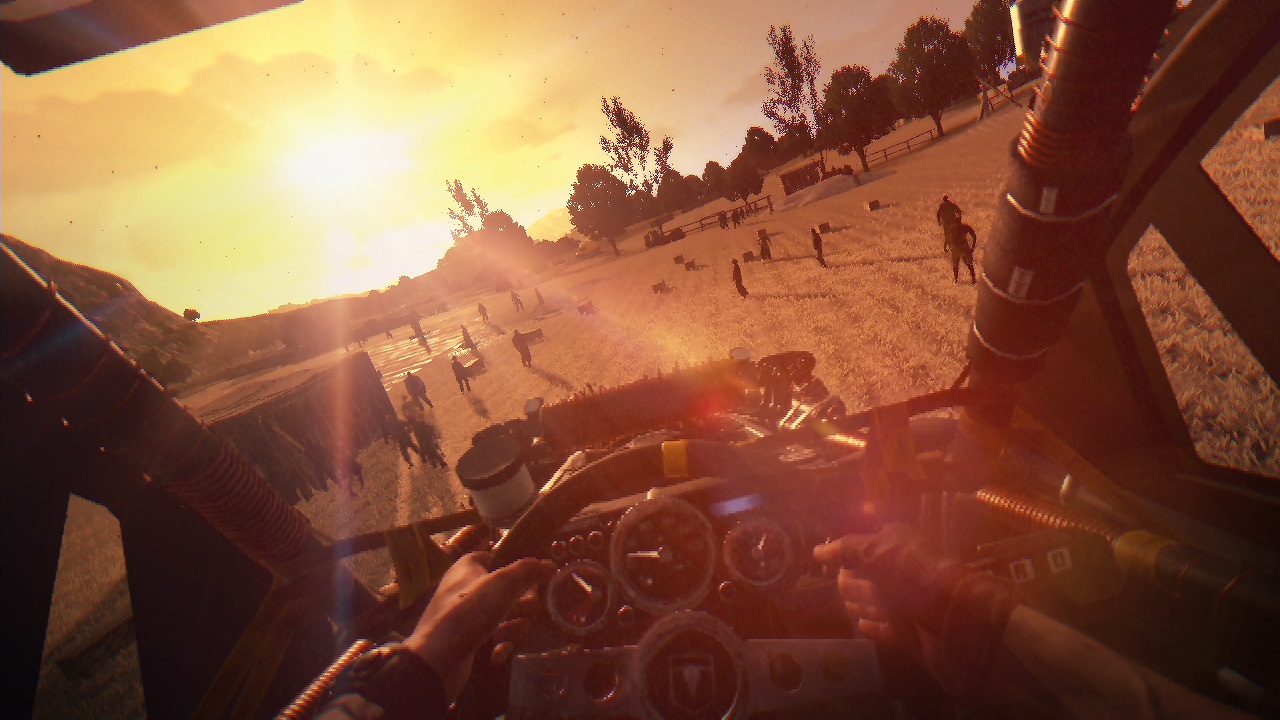 While the 2 is not enough…

Putting the right weight and measure on the scale by reflecting on the Switch’s simpler hardware habitat, the overall experience is positive. More than average I would say, especially when we think of a cherry called portability.

For me, it was providential recalling the good times I spent playing Dying Light in 2015. The Switch version is a reminder that this is one of the coolest journeys of the past few years into the open zombie world. Here’s an honest fire test for the Nintendo device and a good warm-up for Dying Light 2, which will be made available to the hybrid via the cloud.

Be sure to check out our full review of Dying Light, made at the time of release in 2015, and leave your thoughts on the game below in the comments section.

“Dying Light on Switch is a robust port. Even though it demonstrates technical limitations compared to other platforms, it never compromises the experience”