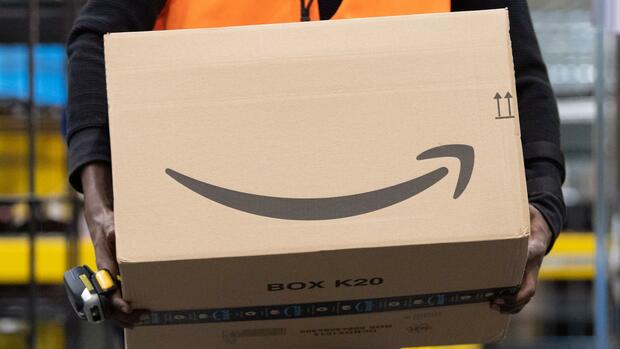 Amazon’s market share in total parcel business climbed to just under 28 percent in 2019.

Dusseldorf The city of Duisburg in the Ruhr area replaces Wuppertal as Germany’s “package capital”. This was determined by the Hamburg-based market research institute MRU, which has been regularly tracing the developments in the courier, express and post market (CEP) for many years.

According to the recent investigation, 29.8 parcels accounted for each of Duisburg’s 491,000 residents last year. Previously, Wuppertal had taken the top spot with 22.1 parcels per capita.

Beyond the metropolitan areas, the parcel business, calculated on the per capita volume, is sometimes even higher. “It is remarkable in this context that significantly more rural orders were placed per capita than in cities,” observed market researcher Horst Manner-Romberg.

The leader in 2019 was the district of Southwest Palatinate with 31.7 parcels per inhabitant, followed by the district of Cochem-Zell an der Mosel, whose 61,900 inhabitants received an average of 31.6 parcels. “With around 20 parcels per capita, the quota in major cities like Berlin or Hamburg is significantly lower,” said the CEP expert.

Amazon was the most important customer in the German parcel market

While the delivery business between companies (B2B) – as in previous years – stagnated at 1.03 billion consignments, the door-to-door deliveries of commercial senders rose by an impressive seven percent – to 1.9 billion parcels. If private items are added to one another, German parcel services transported a total of 3.05 billion items in 2019. This corresponds to a quantity of ten million parcels per working day (including Saturdays).

Amazon’s strong market position was striking. Including the returns and the associated marketplace dealers, the American Internet department store had a volume of 849 million parcels. “This made Amazon by far the most important customer in the German parcel market last year,” reports Manner-Romberg. Amazon’s market share in the entire parcel business rose to just under 28 percent in 2019.

With 95 million packages, electronic goods were the most popular at Amazon. Books, in print, followed in second place with 91 million items – ahead of household goods and clothing.

Winner and loser of the corona crisis

The industry association BIEK is less optimistic than the reports from individual parcel services such as DHL or DPD for the months of March and April regarding the further development in the corona crisis. In the first days of the lockdown, private broadcasts climbed to a level that is often only reached in the days before Christmas. But the slump in the B2B business is causing concern.

For 2020, the association expects a maximum of 1.5 percent more parcel, express and courier shipments than in the previous year. In the worst case, according to his forecast, there could even be a minus of one percent.

However, e-commerce remains the hope. The Federal Association of Parcel & Express Logistics expects the number of private home orders to rise by a further 3.5 to seven percent in 2020 in Germany.