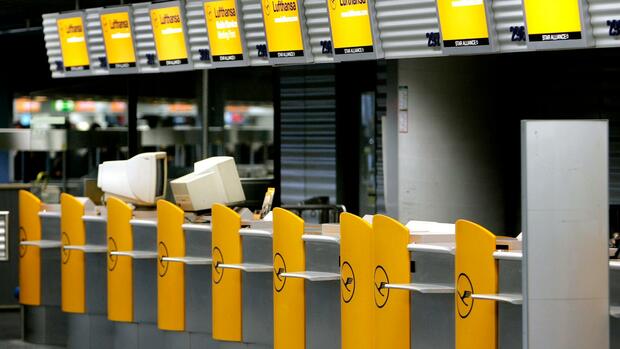 Berlin The arbitration board for public passenger transport (SÖP) registers a drastic increase in complaints about airlines and Deutsche Bahn due to corona-related travel cancellations. This emerges from a preliminary statistics of the arbitrators, which is available to the Handelsblatt.

By the beginning of June, the arbitration board had received around 10,000 complaints. For comparison: In the flight chaos summer 2018, there were almost 7,900 complaints at this time.

The SÖP takes care of problems with plane, bus, train and ship travel. For the most part, it is about compensation for delays or cancellations of flights and train journeys.

The arbitration board is currently receiving two to three times as many requests for arbitration per week as in the comparable periods of previous years, SÖP Managing Director Heinz Klewe told Handelsblatt.

In the first two weeks of June alone, the SÖP received almost 1,900 complaints. Around 1,600 of these were directed against airlines. In the same period last year there were 810 requests for arbitration, of which 673 related to airlines.

“Airlines customers want the ticket costs for flights that have not taken place to be finally reimbursed,” said SÖP Managing Director Klewe. “Rail customers, on the other hand, are annoyed that they will receive a voucher that is valid until the end of October and is only valid for the route they have booked, for saver price and super saver price tickets bought after 4 May that cannot be used.”

Coalition and opposition politicians reacted sharply to compensation practices, particularly those of airlines such as Lufthansa. “I expect a company like Lufthansa, which is to receive billions in aid from the state, that it will not leave its customers out in the rain,” said tourism policy spokesman for the Union parliamentary group, Paul Lehrieder (CSU), the Handelsblatt. “Other airlines should also behave legally correctly and refund canceled tickets within seven days.”

The Greens introduced fines against the airlines. “The Federal Aviation Authority as an enforcement agency for passenger rights must act and, in case of doubt, impose fines,” said Green Tourism politician Markus Tressel the Handelsblatt. “In addition, repayment of customer funds must become a condition for any government aid to airlines.”

Consumer advocates see the federal government on the train

Germany’s top consumer advocate Klaus Müller sees the train on the federal government. “In return for the billions in aid to be provided, the federal government should urge Lufthansa to immediately reimburse its customers for the ticket costs for canceled flights,” said the head of the Federal Consumer Association (VZBV) to the Handelsblatt. The consumer advice centers currently registered “a lot of consumer complaints” about the behavior of airlines. “They withhold money from their customers that they are entitled to and therefore do not comply with applicable law.”

As a result of the Corona pandemic, air traffic has almost completely collapsed and thousands of flights have been canceled. Basically, the companies have to reimburse the ticket price within seven days.

Lufthansa and other companies, on the other hand, initially opted to use coupons to compensate customers. However, this failed due to the EU Commission. In the past few days, Lufthansa had justified the delays in repayment with the large number of cases.

Tressel accused the federal government of initially promising the airlines “compulsory vouchers” that contravene European law, thereby covering their delaying tactics for months. “The compulsory vouchers are rightly officially off the table, de facto the airlines still use their own customers undisturbed and without basis as a bank,” criticized the Greens politician. “But the crisis is not overriding applicable law, consumers have been waiting for their money long enough.”

CSU: Little understanding for complaints about the train

The FDP tourism politician Marcel Klinge insists on compliance with applicable law. “It is outrageous that the customers’ right to repayment is delayed or even denied,” the Bundestag member told the Handelsblatt.

“In the case of corporations that belong to or are supported by the state, I expect that law and order will be complied with and that customers will get their money back quickly.”

With a view to the railway, Klinge called for improvement. “The federal government should play a special pioneering role in the reimbursement of train tickets, since the voucher scheme here often no longer fits the realities of life for travelers,” he said. “Because the reason for the planned trip, for example a concert, is no longer taking place.”

Consumer advocate Müller also expressed clear criticism of the railway. “The railway has lost confidence since the start of the corona crisis,” said the VZBV boss. Rail guest rights are currently being renegotiated at European level. “The federal government should work harder than before for consumer-friendly regulations.” This includes, in particular, preventing “that passenger claims in the event of force majeure be undermined”.

The CSU politician Lehrieder, however, protected the railroad against criticism. “I have little understanding for complaints about the train,” he said. He considers the voucher scheme for super saver tickets to be a “fair balance of interests”. The train connection was known to everyone beforehand. “I think the criticism of this is excessive.”

Until Pentecost, the federally owned group had to accept a drop in passenger numbers of around 90 percent due to the protective measures against the virus. At the same time, however, the railways had only reduced their long-distance services by about a quarter. Due to the crisis, the group should receive a financial injection of five billion euros from the federal government.