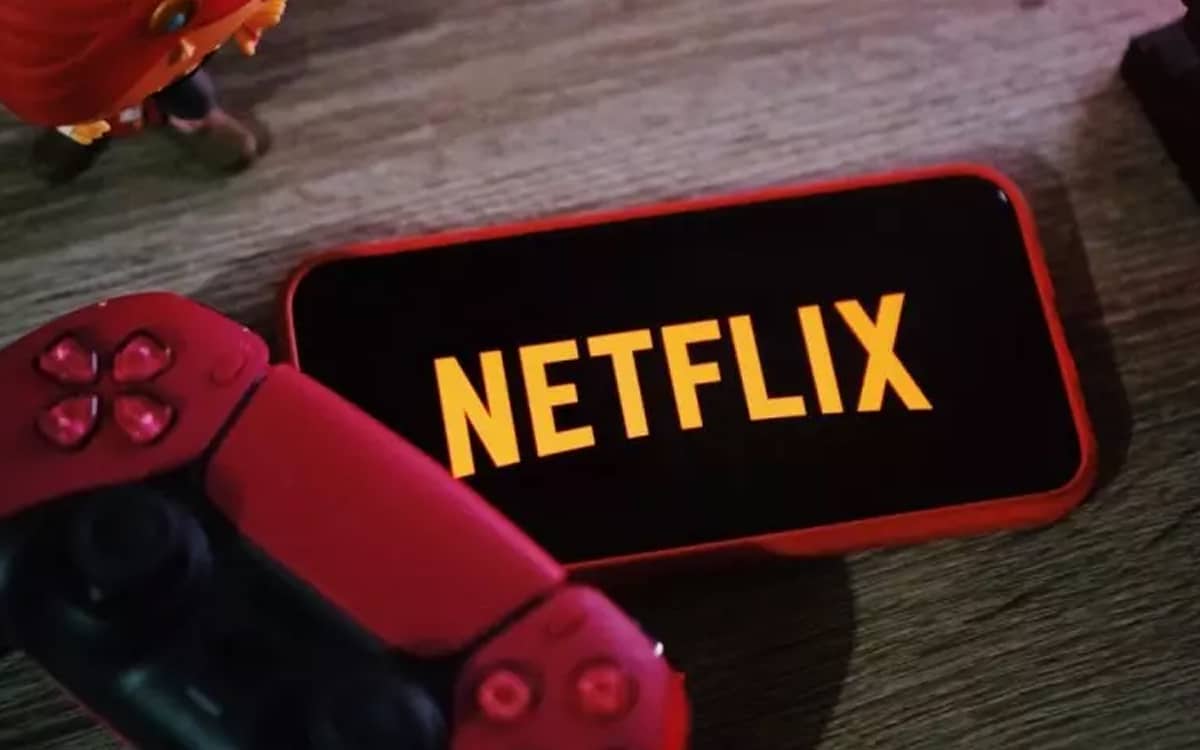 Netflix Gaming has just arrived on iPhone and iPad. Strangely, the streaming service takes the opportunity to impose its standard subscription on iPhone users who do not yet have an account. We explain why you should not create a Netflix account and subscribe to the service through iOS games. If this is your case, we explain how to terminate it below.

In early November 2021, Netflix launched “Netflix Gaming” in France. This service, accessible to all subscribers to the streaming platform, makes it possible to play mobile games like Stranger Things: 1984, Shooting Hoops, Teeter Up or Card Blast. Initially, Netflix Gaming was confined to smartphones and tablets running Android.

Recently, the video game service has opened up to iOS devices, namely iPhones and iPads. To install the games on iOS, you must go through the App Store. Apple did not allow Netflix to include a section relaying to its games directly within its app. Historically, Apple store regulations have prohibited developers from relaying users to other applications to install.

If you are already a Netflix subscriber, everything will run smoothly. Indeed, you just have to install the game from the App Store (like any iOS game) and launch it to play it. To start a game, you will need connect to your Netflix account directly from the game interface. On the other hand, Internet users who do not have a Netflix account will be deprived of the game. Obviously, the streaming giant will then offer players to create an account and subscribe. As many Internet users have noticed on Twitter, Netflix is ​​taking the opportunity to impose the Standard subscription on users.

We were indeed able to verify it by disconnecting our Netflix account from our iPhone. When opening a game, a window appears asking to create an account. After providing login details (passwords and valid email address), Netflix offers to activate a subscription at 13.49 euros per month. The platform offers only one subscription: the standard package, which includes unlimited access to games, series and films from the Netflix catalog, 1080p resolution and simultaneous use on 2 screens at the same time. The service does deadlock on his two other packages : the Essential subscription at 8.99 euros per month (480p, 1 single screen) and Premium at 17.99 euros per month (Ultra HD 4K and 4 simultaneous screens).

In fact, Internet users who create an account in order to be able to test Netflix Gaming video games will be deprived of their choice. Users unfamiliar with Netflix’s pricing plan may be misled, and the subscription will be fully managed through the App Store. It will not be not possible to opt for another formula, more expensive or less expensive, depending on your needs. To change the plan, you must first terminate the subscription purchased through Netflix Gaming. We therefore advise you to create an account without going through Netflix Gaming’s iOS games.

On the same theme: Netflix offers better picture quality on TVs and PS4 Pro thanks to the AV1 codec

How do I terminate a Netflix account created through Netflix Gaming?

If you have already created an account through an iOS game, it is obviously possible to terminate it. For that, it will be necessary to go through your iPhone or iPad settings. Fortunately, Apple makes the process much easier. Here is how to do it:

Note that it is not possible to create an account for yourself through the Netflix app. Since 2018, Netflix has blocked payment for subscriptions via the App Store to prevent Apple’s 30% tax. The Cupertino giant is indeed claiming a 30% commission on all subscriptions taken out through an iOS app. To avoid this tax, Netflix prevents iPhone users from subscribing through its app on iPhone. We therefore advise you to use a computer to subscribe. This workaround allows you to opt for the plan of your choice.